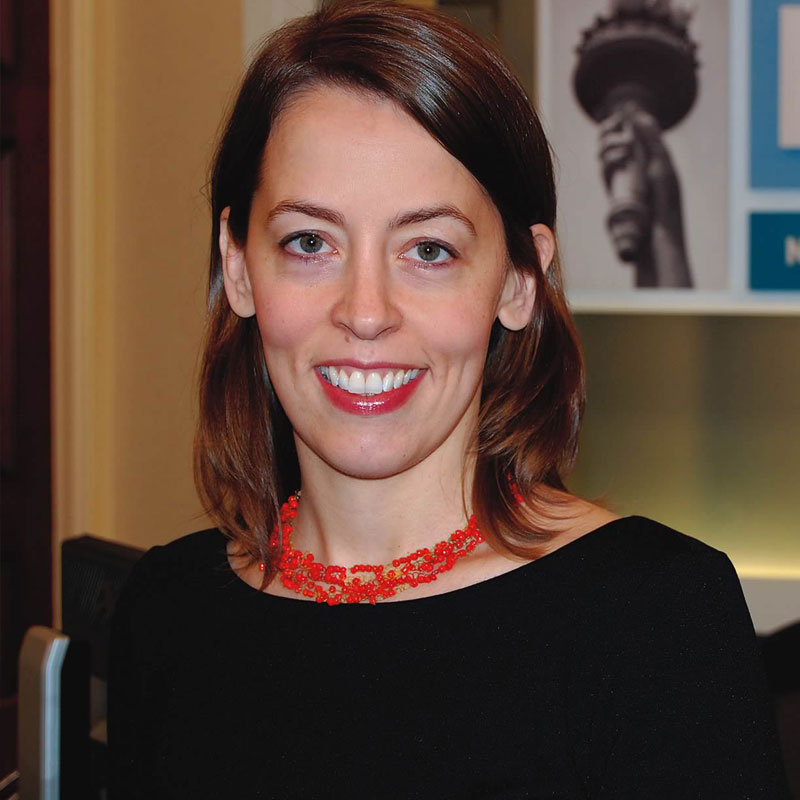 Corey Stoughton is a civil rights lawyer and strategy consultant based in London. Until January 2017, she was senior counsel to the Assistant Attorney General for Civil Rights in the United States Department of Justice under President Obama. Prior to joining government, Corey was a senior attorney at the New York affiliate of the American Civil Liberties Union, were she led litigation and advocacy campaigns on issues involving racial and economic justice, criminal justice reform, national security and civil liberties, free speech, student’s rights, immigrants’ rights, and religious freedom. Corey has also been an adjunct clinical professor of law at New York University School of Law and a Fulbright Scholar studying legal aid reform measures in Turkey.

Corey Stoughton, “A Legal Battle for Transgender Rights in America Is Postponed, But Not For Long” (OxHRH Blog,  30 March 2017) <https://ohrh.law.ox.ac.uk/a-legal-battle-for-transgender-rights-in-america-is-postponed-but-not-for-long/> [Date of Access]

On March 6, 2017, the United States Supreme Court sent back to the lower courts a case that would have decided whether national anti-discrimination laws covering schools protect transgender students. While that decision was a disappointment for many who have long awaited greater clarity in the law, it is only a temporary setback and creates the opportunity to further strengthen the case for recognizing transgender rights in America. The case involved a high school student, Gavin Grimm, who had been using the boys’ restroom without incident until the local school board learned of his existence and passed a policy limiting bathroom access by “biological gender” – a vague formulation that everyone understood as keeping Gavin out of the boys’ room.

Gavin sued the school district under Title IX of the Education Amendments of 1972, a law that prohibits discrimination “on the basis of sex” in educational programs.  After winning in a lower court, the U.S. Supreme Court agreed to hear the school district’s appeal this term.

For years, American courts have grappled with the question of whether laws addressing sex discrimination in education and employment cover transgender people. Opponents argue that these laws were originally intended to ensure equal access to jobs and schooling for women, not transgender people, and that applying them to cases like Gavin’s would subvert that original intent. But that argument ignores long-standing precedent rejecting legislators’ original intent as the guiding principle for interpreting civil rights statutes, as well clear case law interpreting these laws to broadly cover discrimination based on any “sex-related characteristic,” including discrimination based on gender expression and stereotyping.

Several lower courts have agreed that discrimination against transgender people is sex discrimination. But some, including the court that decided Gavin’s case, reached that conclusion by deferring to the judgment of the U.S. executive agencies charged with enforcing anti-discrimination laws. Under prevailing principles of U.S. administrative law, courts may defer to an executive agency’s legal interpretation where a law or regulation is ambiguous and the interpretation isn’t unreasonable. President Obama’s administration issued guidance interpreting Title IX (and certain implementing regulations) to mean that schools must allow transgender people to access restrooms and changing facilities consistent with their gender identity. (Disclosure: I was an official at the Department of Justice involved in formulating that guidance.)

The complication in Gavin’s case arose when, on February 22, the Trump administration formally withdrew that guidance, fulfilling a campaign promise to roll back progress on transgender rights. Because deference to that guidance was the basis for the lower court’s ruling, the Supreme Court decided that the case should be reconsidered by that court in light of changed circumstances.

The decision to send the case back is standard practice for the Supreme Court, which tends to exercise its power of review conservatively and rarely reaches out to decide issues that have not been fully considered by a lower court. It cannot be read as a signal one way or the other of how the Court is likely to decide the case.

But there are other reasons for optimism about the state of transgender rights in America. Because the case had been fully briefed, everyone’s cards are on the table and Gavin’s opponents showed a weak hand. Their arguments failed to address controlling precedent, advanced hysterical arguments about privacy and public safety, and leaned heavily on readily disproven stereotypes about transgender people. On the other side, a coalition of school administrators explained how they have been accommodating transgender students safely and without discrimination for years, medical professionals noted how critical the ability to live in one’s gender role is to the health and well-being of transgender people, and the groups that led the American civil rights movement against race and sex discrimination reminded the court how restrooms – whether in the context of racial segregation or barriers to women’s full participation in campus and work life – have long been flashpoints in the struggle to fulfill America’s promise of equal opportunity for all.

As Gavin’s case returns to the lower court, these arguments are likely to result in a favorable decision even without deference to federal guidance. And, whether in Gavin’s case or another of several similar cases percolating across America, these issues will soon again reach the U.S. Supreme Court and determine finally whether existing U.S. anti-discrimination laws cover discrimination against transgender people.  When that happens, transgender advocates will likely be able to cite more lower court decisions following the trend of recognizing their rights and more examples of schools successfully following a policy of respecting gender identity, creating a stronger foundation for a Supreme Court ruling in their favor.