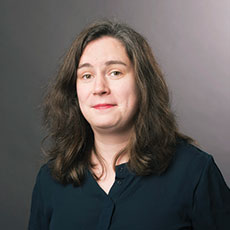 In A, B & C v. Ireland  the European Court of Human Rights held that Ireland must end its 20-year delay in legislating for the limited constitutional right to abortion, recognised by the Supreme Court in a case famously known as X. The Dáil passed the Protection of Life During Pregnancy Bill on Friday July 12th, in the middle of legislative silly season.

Under the Bill, termination of pregnancy in Ireland is a crime attracting 14 years imprisonment, except in two exceptional circumstances:

1) Life-threatening physical illness: Where an obstetrician and a medical practitioner of the relevant speciality jointly certify in good faith that there is a real and substantial physical risk to the life of the woman which, in their reasonable opinion, can only be averted by terminating her pregnancy. The doctors must, in making their decision, have regard to the need to preserve the foetus’ life if possible. The  inquest into the death of Savita Halappanavar suggested that the ‘real and substantial risk test’ requires doctors in cases where the woman does not present as at immediate risk of death to engage in a sort of  ‘brinkmanship’, waiting until she is sufficiently ill to earn her constitutional rights. References to ‘good faith’ do not resolve the fundamental problems in applying the test. A test of ‘serious risk to the health’ as opposed to the life of the woman would allow for greater flexibility in application.

2) Suicide – Where an obstetrician and two psychiatrists (one a specialist in the care of pregnant women) jointly certify in good faith that there is a real and substantial risk to the life of the woman by way of suicide which, in their reasonable opinion, can only be averted by terminating her pregnancy. Again, the doctors must have regard to the need to preserve the foetus’ life if possible. Two referenda designed to remove the suicide provision in X have been rejected by the Irish people. Nevertheless, opponents of the Bill – including conservative lobby groups within the medical profession – have sought to prevent legislation in this area by undermining X, by suggesting alternative draconian statutory regimes to provide for the very small number of women who would be able to access this provision, and by introducing a certain misogyny into public discourse.

In each case, a woman who is refused a termination can appeal for joint certification to a further panel of doctors. The Irish Human Rights Commission has expressed concerns about the accessibility of this procedure to children in the care of the state, asylum seekers and those with intellectual disabilities, who are less able to travel to Britain and therefore more likely to depend on the new statutory scheme.

Arguments for the extension of the Bill to cover foetuses with fatal abnormalities were rejected. This Bill does nothing for the vast majority of Irish women who travel to Britain for abortions, often in very traumatic circumstances. Pro-choice campaigners are demanding the opportunity to vote to liberalise the constitutional position. Such a referendum stands a strong chance of success.  Although media commentators frequently assert that Ireland is ‘divided’ over abortion, the vast majority of the population support the current Bill. Nevertheless, the Catholic hierarchy and wealthy campaigning groups of religious laity have had a profound impact on the course of public debate, and can be expected to retain influence.

The Irish Abortion Referendum: An Opportunity for Change

Ireland, Abortion, Gender, Right to Equality and Non-Discrimination, Right to Freedom of Religion, Right to Life, Sexual and Reproductive Rights
Today, the Irish people will be asked to vote in a referendum on whether or not to repeal the 8th Amendment of the ...