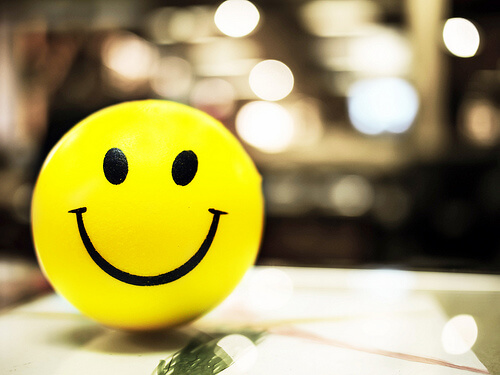 'Happiness' should not be used as the exclusive indicator of country progress.

Against Happiness: Why ‘Happiness’ is not a Good Measure of Progress

‘Happiness is the meaning and the purpose of life, the whole aim and end of human existence.’ (Aristotle).

Gross national income (GNI) per head is generally accepted as the dominant indicator of country progress. Yet, it is a poor indicator. It does not account for externalities, income distribution or the many aspects of human well-being which are not measured by income – such as health, education, personal safety, social relations, work conditions, spirituality, and so on. Incomes are a means rather than an end. Dissatisfaction with GNI per capita as a measure of country progress has led to the development of a number of alternative indicators. One well-known example is Morris Morris’ suggestion, in the 1970s, of PQLI (Physical Quality of Life Index), a composite indictor including a measure of infant mortality, life expectancy and education. Yet, in the context of the debt crisis of the 1980s, this proposal never took off, and indeed growth of GNP per capita appeared more attractive as an indicator at a time of declining incomes.

The UNDP’s Human Development Index (HDI), consisting of a composite of life expectancy, a measure of education and modified incomes per head, gained more traction. Yet, it too has been subject to many criticisms, including that it does not account for the distribution of resources, it is not a good guide to many aspects of human development, it does not sufficiently differentiate progress among developed countries, and it does not account for environmental change. Moreover, all of these indicators are ‘objective’ – i.e. they consist of external measures of people’s conditions. A recent, powerful criticism of them all – and in particular of GNP per capita – is that progress should be assessed according to people’s perceptions of their own condition. In short, we should measure people’s own assessment of their lives, or their perceived ‘happiness.’

But there are serious problems with measures of happiness as the exclusive measure of progress. Apart from huge measurement problems, especially across countries due to cultural specificities, people adapt to their conditions, so that subjective assessments of well-being may rank high despite appalling health, bad housing, poor nutrition, and so on. Moreover, like the other indicators mentioned, it neglects agency. Human rights may be sacrificed so long as the happiness indicator looks good. Current levels of happiness may be achieved at the cost of future generations whose happiness, by definition, cannot be assessed. Intergenerational problems have come to the forefront as a result of present environmental threats, and it is critical that we adopt measures of progress which take this into account. There is also an ‘adding up’ problem: measures of happiness invariably consist of individuals’ rankings of their situation, and therefore cannot be added up in the way income can. This makes it impossible to generate a legitimate societal measure, yet this is precisely what the happiness gurus do.

Human progress includes many non-commensurate dimensions. While composite indicators are attractive as a way of summarising a great deal of information, they are invariably misleading, because they involve a particular weighting system across dimensions and people. This is true of the happiness indicators as much as of the income ones, and indeed of other composite indicators, such as the HDI. Assessing a multi-dimensional phenomenon requires information and evaluation on the important different dimensions. My perspective on this is that country progress should be evaluated on the basis of a range of indicators including the main human rights and their sustainability as well as indicators of agency. A ‘happiness’ measure may also be relevant to ensuring that progress in promoting human rights is not achieved at the cost of making people unhappy – but any measure of happiness or unhappiness should be one indicator among many, not the exclusive measure of progress. While internationally agreed-upon human rights would seem to provide an acceptable basis for choice of dimensions for global comparisons across countries, it would be preferable for dimensions at the country or community level to be selected by participatory processes, and equally, a weighting system developed in a participatory way, if aggregation is desired.

This proposal, curiously enough, is in the spirit of what Bhutan does in its famous National Happiness Index, where the subjective indicator forms just one of nine total indicators that contribute to the aggregate indicator.