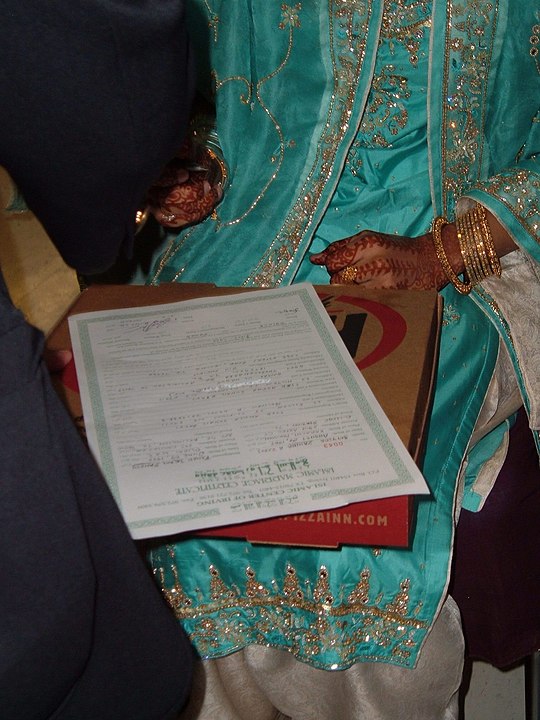 On 24 December 2021, Justice Ali Zia Bajwa of the Lahore High Court (LHC) delivered the landmark judgement in Ameer Bakhsh v. Additional Sessions Judge. This judgement held that marriage without observing the period of Iddah cannot be treated as a void marriage. Therefore, it cannot constitute the offence of Zina.

Zina is defined under S.4 of the Offence of Zina (Enforcement of Hudood) Ordinance 1979 (Hudood Ordinance). It states that: ‘’A man and a woman are said to commit Zina if they willfully have sexual intercourse without being married to each other’’. As per S.5, the punishment for Zina is stoning to death at a public place. Iddah refers to the time period a woman observes after dissolution of her marriage or upon the death of her husband. It is observed in order to confirm whether the woman is pregnant and to acknowledge the paternity of the child. The Iddah period varies across different circumstances.

While coming to its judgment the LHC made reference to the Supreme Court’s decision in Khurshid Bibi v. Baboo (PLD 1967 Supreme Court 97) where it was held that a woman has a right to obtain Khula (divorce­) from her husband if she does not want to continue her wedlock with him. The LHC stated that the respondent No.4 had exercised her legal and Islamic right.

Additionally, the LHC made reference to A. Fyzee (1964) at p-106 and held that there are three types of marriages in Islam and these are categorised as :Valid (sahih), Void (batil), or Irregular (fasid). The LHC made reference to Muhammad Sher v. Additional Sessions Judge (2016 CLC 717), where it was held that it is settled Islamic law that the marriage before the completion of Iddah period would constitute an irregular marriage, not a void marriage. Therefore, the union of husband and wife in an irregular marriage cannot be regarded as un-Islamic or against Shariah (Islamic legal system).

The LHC then considered whether an irregular marriage between spouses would attract the offence of Zina under S.4 of the Hudood Ordinance. The LHC held that after the enactment of Protection of Women (Criminal Laws Amendment) Act 2006 (2006 Act), the word “validly” was omitted by the legislature in S.4 of the Hudood Ordinance. The definition before 2006 stated: ‘’A man and a woman are said to commit Zina if they willfully have sexual intercourse without being validly married to each other’’. Therefore, after the enactment of the 2006 Act, spouses of an irregular marriage cannot be held guilty of the offence of Zina.

The Hudood Ordinance was enacted by military ruler Zia ul-Haq in 1979. It discriminated against women and led to thousands of women being imprisoned for Zina crimes, without being actually guilty, due to the loopholes in the law. Accusations of Zina following divorce by the husbands and remarriage by the ex-wife are common in Pakistan.

The Ameer Bakhsh case is an important case on the intersection of family and criminal law. It outlines types of marriages under Muslim Family Law and will go a long way in the protection of women who exercise their free will to obtain a divorce and subsequently enter into another marriage. It will protect spouses who enter an irregular marriage from being prosecuted for the offence of Zina. The progressive judgement on the protection of women is being celebrated across Pakistan.

Pakistan, United Nations, Access to Justice, Children's Rights, Gender, Right to Health, Role of the Judiciary
Image description: Children in a village in Sindh Pakistan. As per a recent UNICEF report, Pakistan is home to ...