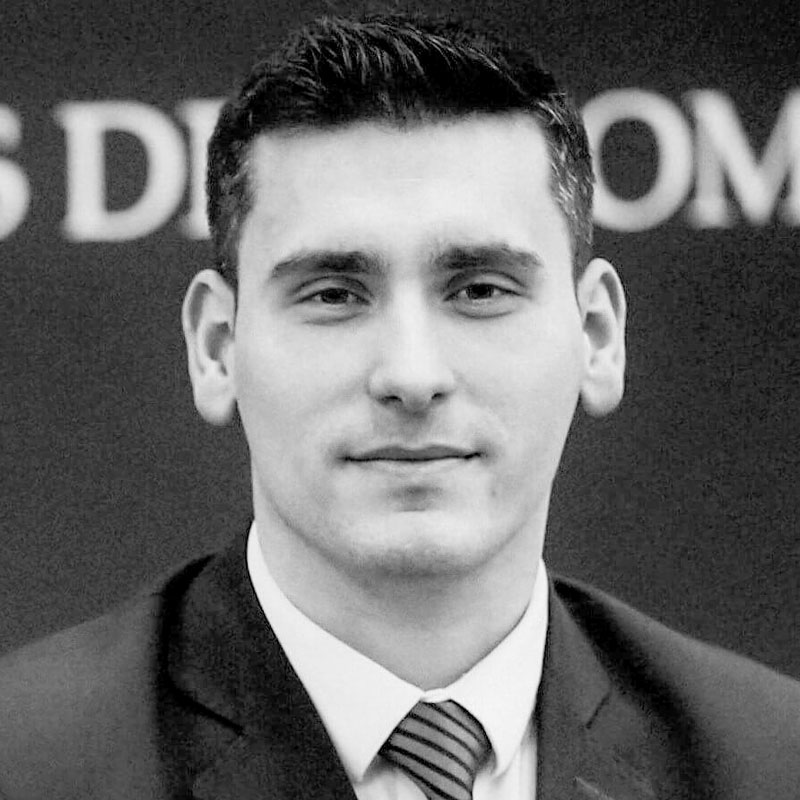 Sergio Giuliano is an Argentine lawyer with an LL.M. from Yale Law School. He specializes in constitutional law and human rights and is currently reading for an MPP at the University of Oxford where he serves at the Executive Committee of Oxford Pro Bono Publico as Research Officer. He was legal adviser for the Minority Leader of the Argentine Congress and clerked for the Vice-President of the European Court of Human Rights.

The Argentine Senate has recently rejected, by a 7-vote margin, a Bill passed by the Chamber of Deputies on the voluntary interruption of pregnancy. The Bill was heavily debated both in Congress and Argentine society. The public hearings of the joint committee meetings of the Chamber of Deputies received 724 speakers in roughly 118 hours of presentations (with more than a million views to the online streaming); and the Senate received 143 speakers in roughly 54 hours of presentations. All meetings motivated big demonstrations around the Congress building.

The Bill declared that, as part of the “human right to health” (art. 1), women have the right to have an abortion during the first 14 weeks of pregnancy (mandating public and private health institutions to provide it). It also allowed abortions outside of that period in cases of: 1) rape; 2) risk to the “life or physical, psychical or social health” considered in terms of “integral health as a human right” (art. 2); and 3) if the fetus has grave malformations.

The first two exceptions to the 14-week-period were already decriminalized by virtue of art. 86 (incorporated in 1921) of the Criminal Code. Yet in practice women had almost no access to abortions in these cases, which motivated a case before the Supreme Court in 2012 (“F.A.L.”), concerning the pregnancy of a 15-year-old raped by her stepfather. In it, the Court not only upheld the constitutionality of the provision but also directed national and provincial authorities to dictate protocols to assure access to these abortions.

Given that since 1994 several human rights treaties enjoy constitutional status (art. 75.22 of the Constitution), the debate was heavily infused by the international law of human rights on both sides of the debate. The Inter-American System of Human Rights was particularly relevant, since the ACHR stipulates that the right to life “shall be protected by law and, in general, from the moment of conception” (art. 4.1). The allocution “in general” was included to allow for countries that had already liberalized abortion or (like Argentina) allowed exceptions to its criminalization (as recognized by the IACHR in “Baby Boy”). Similarly, in the case “Artavia Murillo”, on in vitro fertilization, the IACtHR said that “in general” meant not an absolute protection of life since conception but a gradual and incremental one (§ 264) (a reading upheld by the Argentine Court in F.A.L.).

Equally, the Convention on the Rights of the Child (which also has constitutional status), had a central role in the argumentation. Those who opposed the Bill pointed to the CRC’s Preamble, according to which the child needs “appropriate legal protection, before as well as after birth”. They also highlighted that the Argentine law that approved the CRC’s text included a declaration that art. 1 must be interpreted to the effect that a child means “every human being from the moment of conception up to the age of eighteen”.

Yet the Argentine Court rejected these arguments in F.A.L., noting first that the Preamble’s drafters explicitly rejected that its content gave any specific scope to the Conventions provisions and that it thus cannot modify them (§ 13). Second, it said that the Argentine declaration is not a reservation to the treaty and thus cannot modify or exclude the legal effects of certain provisions (Id., referencing the ILC, 97, 1.2(1)). Third, it mentioned that the Committee on the Rights of the Child had explicitly recommended in 2010 that Argentina adopt necessary measures to guarantee the legally allowed abortions in cases of rape.

Finally, other international soft law documents recommending the decriminalization of abortion were mentioned, including, for example: the CESCR’s General Comment No.22 (§36, 40); HRC’s General Comment No.36 (§ 9); HRC’s 2016 Recommendations to Argentina (which specifically addressed a case where lower courts sentenced a woman who had allegedly had an abortion to 8 years of prison for aggravated homicide); and the Committee on the Elimination of Discrimination Against Women’s recommendation to Argentina to adopt a bill for the voluntary interruption of pregnancy, amongst others.

Therefore, while much of the rhetoric revolved around the unconstitutionality/unconventionality of the Bill, that line of argument is clearly wrong. In fact, there are no reasons to believe that either the Argentine Supreme Court, the IACtHR, or any other Treaty Body would consider this Bill unconstitutional or contrary to any international treaty.

The way ahead is uncertain. Congress will return to debate abortion again later this year, since the Bill for a new Criminal Code will be introduced later this month. It has been argued that a referendum should be the next step; or that courts should take the lead to guarantee women’s right to abortion. The legal arguments are strong in favour of abortion, but the extent of what was a nationwide debate (with mass mobilization on both sides), and the low levels of legitimacy enjoyed by the Argentine judiciary, advise against the latter. One should hope that this is a minor setback in a path that will end with the liberalization of abortion and fulfilling our constitutional and conventional promises to respect and secure the equality and autonomy of women.