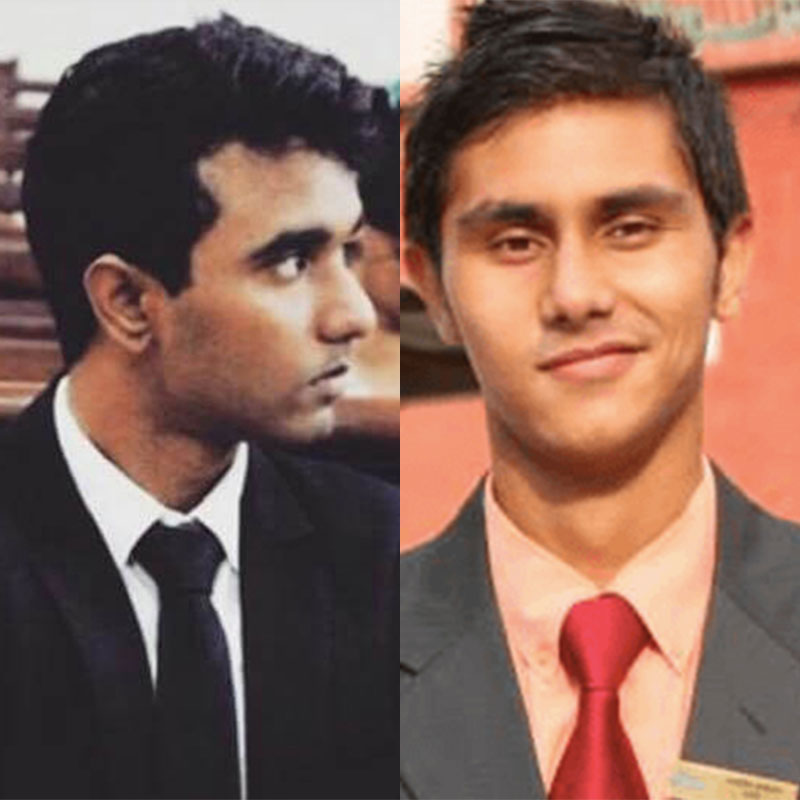 About Rudresh Mandal and Hardik Subedi

The all-encompassing phenomenon of anthropogenic climate change has endangered the lives and livelihood of humanity at large. However, the distribution of adverse effects of climate change is not uniform. The individuals at the lower economic strata who lackadequate adaptive capabilities and are heavily dependent on climate-sensitive resources for sustenance experience disparate impacts. The intersectionality of being inhabitants of remote areas of a developing country, distanced from mainstream economic and social progress, and reliant on forest flora and fauna for subsistence, makes the Adivasis (indigenous tribal population) of India especially vulnerable to the ills of climate change. With new development projects coming to the fore, the interplay of climate change, development and the well-being of the Adivasi community is too important a topic to leave undiscussed.

The symbiotic relationship the adivasis share with the forest is manifest in their geographic and demographic profile. The majority of forest cover of India is found in the tribal areas of Madhya Pradesh, Chhattisgarh, Arunachal Pradesh, Maharashtra and Odisha.With the continuous rise in temperature and a reduction in rainfall severely impacting the produce of crops for both commercial as well as household use, the adivasi community is faced with a crisis of sustenance. The rise in temperature also severely impacts the health of the adivasis. For instance, heat waves across the state of Odisha claim thousands of adivasi lives every year, and while the adivasi community endeavors to tackle this through various indigenous methods, the State should play a more active role here. While relocating the adivasis may be an attractive short-term solution, it does not recognize their spiritual ties to the land they traditionally occupy. The vulnerability of the tribal population to anthropogenic environmental harm cannot thus be understated, and the need for the State to intervene and strive to mitigate the dangers of climate change has never been more pressing.

Given the crisis of livelihood and beyond faced by the adivasi community in India, an unexplored strategy could be the idea of Atmospheric Trust Litigation (hereinafter ATL). ATL holds special importance to the adivasi since the Indian state has shirked its responsibility to mitigate climate change, and has instead pursued an indiscriminate development agenda. According to the theory of ATL, the State, functioning as a trustee, holds the atmosphere in its totality in the best interest of its population.  Heralded as a revolutionary and novel approach to environmental litigation, ATL was looked upon optimistically by the public (especially children), seeking to better standards of life for future generations by holding the State to its aforementioned position as a trustee.

Propounded by Dr. Mary Wood as an extension of the Public Trust Doctrine, ATL requires the judiciary to uphold the constitutional directive to protect the environment. Recently, ATL suits were filed at each of the 50 American state courts. However, while 48 of them were dismissed on grounds of procedure, in a major victory for the petitioners, the courts in New Mexico and Texas held that the State bore a public trust duty to restore and improve the atmosphere for the succeeding generations. The Supreme Court of Philippines too, in Oposa v. Factoran, recognized the standing of children who filed an ATL lawsuit for the generations of the future. The importance of the ATL lawsuits lie in the remedy they afford: to direct the State to undertake concrete steps to mitigate the impact of climate change.

While India has not yet witnessed an ATL lawsuit, it could be a potent weapon in the hands of the adivasis, who require the State to fulfil its constitutional mandate of environmental protection. Grounded in an expansive reading of Article 21 of the Indian Constitution, the adivasis could argue that their fundamental right to life under Article 21 was being violated, thereby requiring the State to improve the climate.  Procedurally, given India’s successful tryst with Public Interest Litigation, which allows for the projection of voices otherwise unheard, and realisation of rights otherwise unrealised, an ATL lawsuit would be permissible. Further, the Supreme Court of India, in MC Mehta v. Kamal Nath, widened the scope of the Public Trust Doctrine, which could serve the foundation for an ATL lawsuit.

With the very existence of the adivasi community, their indigenous ways of living, spiritual ties with land, and means of livelihood being threatened by climate change, ATL offers an explored route to shake the lax State into action. Given that the State is pursuing an aggressive development agenda and turning a blind eye to the vulnerability of the adivasis to climate change, ATL offers an avenue for the realization of rights, and the security of survival for India’s adivasis.