Campaigning for a Living Wage and Fair Contracts at Oxford University 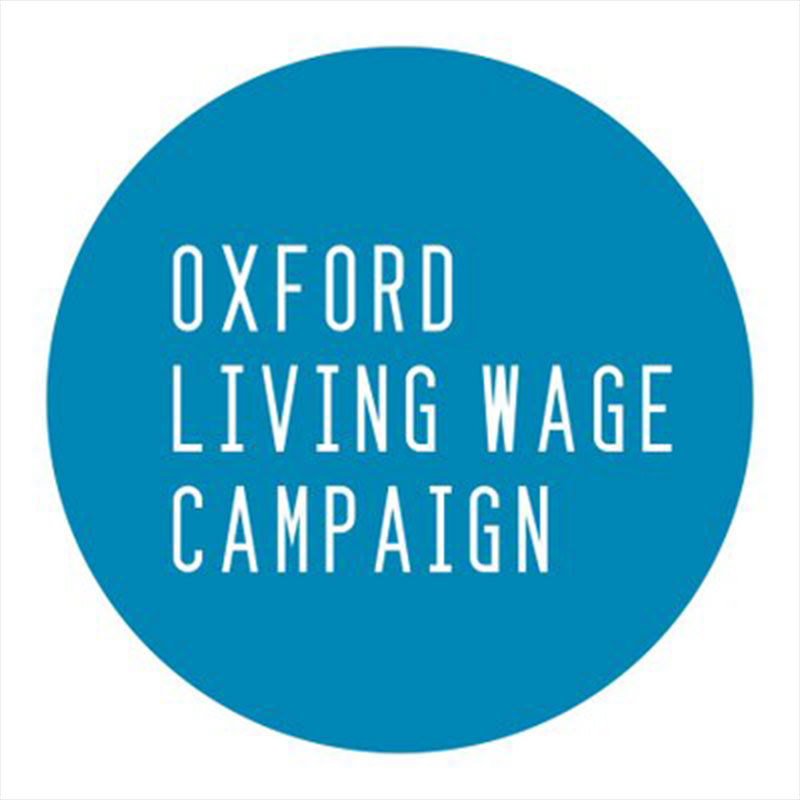 The Oxford Living Wage Campaign is a student-based campaign for worker justice at Oxford University. We seek to build solidarity between workers and students at the university and its constituent colleges, to strengthen the movement for fair wages, just working conditions, and respect at the workplace. Our current focus is to secure an Oxford Living Wage (£10.21/hr) for all workers at the university and colleges.

Last week, the University of Oxford announced its commitment to pay the Oxford Living Wage (OLW) to all of its employees starting August 1, 2020. Currently set at £10.21/hr, the OLW is set by the local city council to reflect the relatively higher cost of living in Oxford, one of the UK’s most unaffordable cities.

On its face, the University’s commitment represents a victory for workers, students, and community members who have spent years campaigning for better wages and working conditions at the university. Higher wages mean better livelihoods for Oxford’s low-wage workforce. Considering that low-wage workers tend to be disproportionately women and care-givers across the UK — with migrant workers and women of colour most affected by disparities like the gender and ethnicity pay gaps — ensuring a higher wage floor lifts up those marginalized in our economy. The government’s hostile environment policy towards migrants in post-Brexit Britain underscores the urgency of this commitment.

On International Working Women’s Day, especially, we lift up the distinct struggle of low-wage women workers and all workers in historically feminized, negatively racialized, and devalued professions in Oxford and around the world.

But there are two catches to Oxford’s commitment. The first is an obvious consequence of Oxford’s collegiate system; though the University hires workers to staff academic departments, libraries, museums, and administrative buildings, its employment policies have no direct bearing on Oxford’s 41 constituent colleges. As independent charities, and thereby employers in their own right, colleges are not bound by the University’s recent commitment to the OLW. At the moment, only two halls pay the OLW to low-wage staff (Blackfriars Hall and Campion Hall, both run by Catholic religious orders) — no other independent colleges have committed to the OLW. Because the colleges together employ more low-wage staff than the central University, in order to support the bulk of Oxford’s low-wage workforce the University’s OLW commitment must urgently be met with similar commitments from all of Oxford’s colleges.

The second catch is a little harder to grasp, but only at first. The University’s newly announced policy does not extend to employees of third parties that are contracted by Oxford to carry out jobs essential to the institution’s functioning: cleaning, security, catering, gardening, and so on. So long as the University evades committing to paying outsourced workers the OLW, the institution faces a perverse economic incentive to hire more subcontracted workers at a lower pay rate — instead of maintaining and creating good, sustainable jobs.

So-called “outsourcing” is not a new trend in the UK higher education sector, much less across this country’s neoliberalized economy. Policy loopholes like Oxford’s effectively create an underclass of more “exploitable,” and more exploited, workers — a distinction that often falls along racial and gender lines. Such employer strategies promote so-called “flexibility” at the expense of security, mobility, and equity, and have contributed to the continual and persistent decline in labour standards in the UK and other industrialized economies over the last few decades. In response, we have seen student-worker campaigns in recent years, from the University of London to the University of Sussex, demand not just a living wage — but also that institutions bring workers ‘in house’ and provide the full wages, pensions, and protections to which they are entitled. Oxford University must meet fulfil its responsibility to all workers, at once, by including outsourced workers in its OLW commitment.

Oxford’s new Living Wage policy is excellent in spirit. In its provisions and in its implementation, the policy must be expanded to avoid deepening the precarity of low-wage work at the University. UK academic workers’ ongoing industrial dispute against the worsening casualization of their profession — along with salaries that have not kept up with inflation — underscores how employment insecurity is anything but an isolated phenomenon. As it manifests across higher education and the wider economy, we recognize that exploitation only breeds more exploitation. The fates, and thereby the fights, of non-academic and academic workers are intertwined. Thus, the imperative that Oxford faces, both as an employer and as a leader in higher education, is clear: take full responsibility for the security, well-being, and flourishing of all the workers without whom, there would be no university.