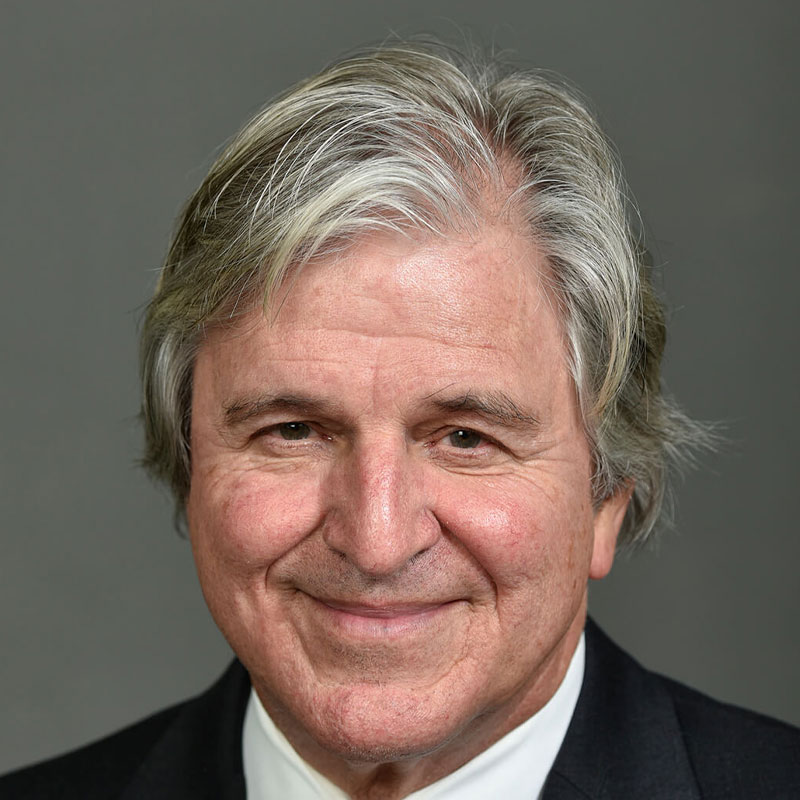 Patrick C. McGinley is the Charles H. Haden II Professor of Law at West Virginia College of Law. He has taught courses on, and published numerous law review articles relating to, environmental, natural resources, and administrative law. Professor McGinley has served as chair of the Association of American Law Schools' environmental law section. He has litigated many environmental cases and testified before the US Senate and House of Representatives regarding environmental and natural resource law issues. In March, 2016, McGinley was awarded the Svitlana Kravchenko Environmental Rights Award at the 39th Annual Public Interest Environmental Law Conference recognising his scholarship, teaching and public interest environmental litigation.

World leaders met near Paris almost a century ago promising to cooperate to end the scourge of war. U.S. President Woodrow Wilson touted his country’s contributions to international cooperation leading to the 1919 Treaty of Versailles: “at last the world knows America as the savior of the world!”. Now, another historic international agreement negotiated near Paris has raised hopes of preventing a different menace – global climate change. With undertones of the great expectations attendant the Versailles Treaty, signatories to the United Nations Framework Convention on Climate Change acknowledged “climate change is a common concern of humankind.” The parties committed to “respect, promote and consider their respective obligations on human rights.”

Echoing President Wilson, Obama stated “the American people can be proud – because this historic agreement is a tribute to American leadership.” Mr. Obama asserted that his administration’s “Clean Power Plan” (“CPP”) had “set the first-ever nationwide standards [limiting] the amount of carbon pollution power plants can dump into the air our children breathe.” The CPP is the linchpin of the U.S.’ ability to meet its commitment to reduce global green house gas (GHG) emissions. However, recent events call into question the U.S.’ ability to implement the CPP and to deliver on its promises to the 195 countries executing the Framework Convention.

The CPP represents a 180° turn from George W. Bush’s Environmental Protection Agency (“EPA”). The EPA decided GHG did not fall within the U.S. Clean Air Act’s broad definition of “air pollutants” the agency may regulate. In Mass. v. EPA, the U.S. Supreme Court rejected Bush’s interpretation by a split vote. Justice Antonin Scalia, the leader of the Court’s conservative wing, dissented based on the fact that the EPA is an environmental not an atmospheric protection agency that “has always been thought to have authority to control the environment and not outer space.”

Subsequent to this ruling, the Bush administration did nothing to curb GHG emissions. When Obama took office, his Republican-party opposition rejected efforts to enact bipartisan legislation to regulate GHG. One Senator asserted that the “idea that manmade gases, CO2, are causing catastrophic global warming is the greatest hoax ever perpetrated on the American people.” Climate science denial by opposition legislators and pressure from a powerful fossil fuel industry insured that climate change would not be addressed by legislation.

Embracing the urgency of reducing atmospheric GHG, the Obama EPA moved to regulated industrial air carbon emissions using existing CAA statutory authority. EPA’s primary strategy for reducing GHG emissions is set forth in its new CPP rules. The plan seeks to cut “significant amounts of power plant carbon pollution and the pollutants that cause the soot and smog that harm health, while advancing clean energy . . . .”

Immediately after the CPP rule was issued, 39 lawsuits were filed arguing that EPA’s regulatory approach exceeded its authority under Section 111(d) and other provisions of the CAA. Twenty states intervened to support the plan. The challengers requested the court immediately block EPA from implementing the CPP. The appeals court refused.

The Supreme Court quickly issued an unprecedented order staying the rule (5–4), until the case is resolved on the merits. Opponents of the Framework Convention rejoiced, interpreting the court’s action as a probable death knell for the CPP. Four days later, Justice Scalia, who voted for the stay, unexpectedly died.

An appeals court is expected to rule by the year’s end. If the Court agrees to review the case, a final decision may not come until 2017 or 2018. The uncertainty generated by the upcoming presidential election increases the unpredictability.

Congress’s Republican majority has declared that it will not confirm a new justice to replace Justice Scalia until after a new president is elected in November. If the Court chooses to review the case before Justice Scalia is replaced, a 4-4 split would affirm the rule – or the Court could choose to rehear the case after confirmation of a ninth justice. A Republican succeeding Obama would likely nominate a justice opposed to the Paris agreement, withdraw from the CPP, or refuse to defend it in court.

The U.S. Special Envoy for Climate Change reacted to the stay, the Justice’s demise, and the attendant rampant conjecture, cautioning that “it is entirely premature . . . to assume the Clean Power Plan will be struck down but, even if it were . . . we are going to go ahead and sign the agreement” in April. A European Climate Commissioner declared “[w]e have confidence in all countries to deliver on what they promised.” Not withstanding these assurances, predictions of pundits and scholars regarding the future of the CPP and U.S. climate commitments amount to pure speculation.

Reminiscent of its Versailles Treaty failures, America’s commitment to the Framework Convention goal of averting global catastrophe is again subject to vagaries of American partisan politics and the U.S. constitution’s limits on executive power.