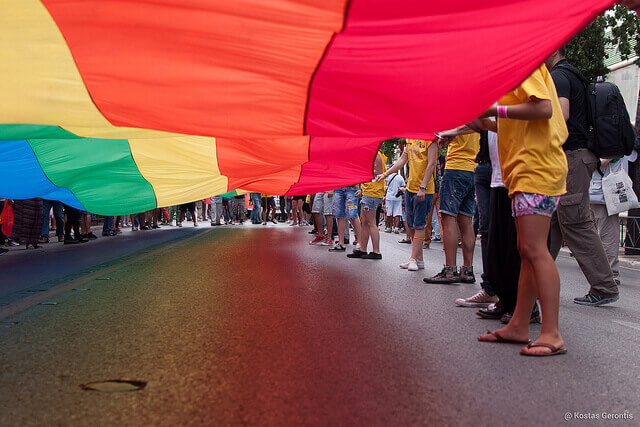 Menelaos Markakis is reading for a DPhil at the University of Oxford and is an Academy of Athens and Modern Law Review scholar.

The European Commission against Racism and Intolerance (ECRI), a Council of Europe body monitoring problems of racism, xenophobia, intolerance and discrimination, has delivered its fifth report on Greece on 24 February 2015. The report paints a rather discouraging picture of these problems in Greece and contains a wealth of information and valuable recommendations.

The ECRI notes that “progress has been made in a number of fields” since its previous report on the country. The positive developments set out in the report primarily concern the introduction of special units within the police to tackle racist violence, the appointment of a Public Prosecutor for the prosecution of acts of racist violence, the establishment of local integration councils, and the adoption of a new anti-racism law. Hate crime legislation in Greece has previously formed the subject matter of a comparative hate crime research report prepared by Oxford Pro Bono Publico.

The ECRI further notes that “despite the progress achieved, some issues give rise to concern” and requests that the Greek authorities take action in a number of areas. First, the ECRI recommends that Greece ratify Protocol No. 12 to the European Convention on Human Rights, which prohibits discrimination “in the enjoyment of any right set forth by law”, as well as discrimination “by any public authority”. Second, the ECRI highlights the need to create a Task Force to develop a “comprehensive” and “multisectoral” national strategy to address the root causes of racism and intolerance and to involve civil society partners in the fight against racism. Third, it is suggested that the Greek authorities offer more training to police officers, judges and prosecutors on the application of criminal legislation on hate motivated offences.

The ECRI report further makes a number of more detailed policy suggestions to the Greek authorities, most notably in relation to the vulnerable Roma community and LGBT persons. As regards the Roma population, the ECRI recommends that the authorities “develop an effective strategy to put an immediate end to racial segregation affecting Roma children in schools.” In this connection, it will be recalled that in the case of Sampanis and Others v Greece the European Court of Human Rights found a violation of Article 14 of the Convention (prohibition of discrimination) in conjunction with Article 2 of Protocol No. 1 (right to education), because the applicants’ children had been placed in special classes, in an annexe to the main school building, on grounds of their ethnic origin.

As regards the LGBT community, the ECRI report notes that “all educational staff should be encouraged and supported to assist victims of bullying”, and recommends that the authorities issue “a clear instruction to all police officers that transgender persons should not be fined for alleged prostitution offences merely due to their identity and appearance”. It is surprising that no specific recommendation is addressed to Greece in relation to the perceived need to extend the availability of civil unions to LGBT couples, following the Strasbourg Court’s judgment in Vallianatos and Others v Greece, which has been previously reported on the OxHRH Blog.

Regrettably, most of the issues highlighted in the ECRI report are common knowledge in Greece. Both the previous and the newly-formed coalition government have stepped up the efforts to combat racism and intolerance, but important challenges remain in a number of areas. The ECRI report covers developments up to 18 June 2014. Latest developments include the appointment of a Deputy Minister for Migration Affairs, and the Deputy Minister of Home Affairs’ pledge to shut down the migrant detention centre in Amygdaleza. It remains to be seen whether these reforms will serve to ameliorate the situation experienced by “irregular migrants” in Greece, as well as by other vulnerable communities. It is almost definitely the case that the ongoing economic crisis, public and national security concerns, and the country’s geographical position as a gateway to Europe will continue to present unique challenges in this context.