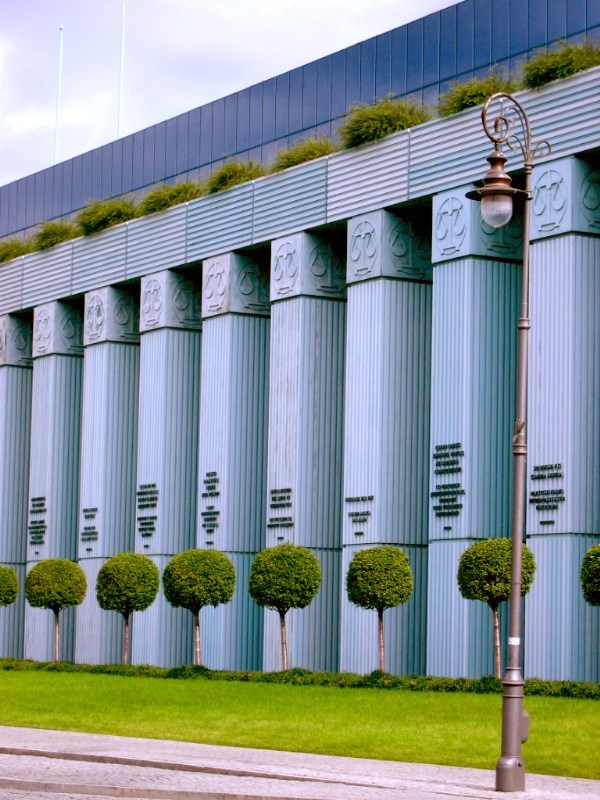 Constitutions and Human Rights Role of the Judiciary Poland

This is what happened in Poland. The Supreme Court made a preliminary reference about the appointment of the members of its Disciplinary Chamber (DC). The CJEU considered that there were issues of independence. Then the Supreme Court did the balancing required and found a solution that sought to reconcile legality and certainty. Normally, this would have been the end of the matter. If the question had ever come before the ECtHR, the latter would have probably applied subsidiarity. However, things took a different turn. National proceedings were engineered to vacate the decision of the Supreme Court; and an attempt was even made to prevent national judges from raising further questions of independence.

Naturally, the response of the European level was heavy-handed. Both European courts condemned Poland within eight days of each other. Luxembourg considered that the DC lacked independence. Strasbourg found that it had not been established by law. It is important to stress that, according to the ECtHR, this had happened because the NCJ that had advised on the appointment of the DC’s members was itself not established in accordance with law. And the NCJ plays a huge role, in general, in judicial appointments in Poland.

The ECtHR’s judgment, Reczkowicz (not final yet), probably provides yet another indication that the climate is changing in Strasbourg in so far as rule-of-law questions are concerned. Moreover, it is now becoming increasingly clear that, for subsidiarity to work, one must make sure that the national judges who will decide on our human rights enjoy all appropriate safeguards. It is also becoming, as a result, doubtful whether the subsidiarity principle can apply at all in situations involving a structural problem of independence.

However, are not these purely theoretical considerations? Why should anyone be concerned about what happens in Strasbourg when Luxembourg has already found a breach? In defence of Strasbourg, one should recall that it is the ECtHR that has found in Xero Flor (now final) that three judges of the Polish Constitutional Court have not been appointed in accordance with national law. This has many practical consequences. Inter alia, it is the Constitutional Court that has recently decided that the Polish Constitution overrides the EU treaties. So, it would be surprising if Xero Flor did not play a role in the tug of war that will follow this decision, since some of judges whose appointment was found illegal in Strasbourg sat on the case.

But is the role of Strasbourg limited to providing ammunition to Luxembourg? It is true that the Luxembourg decisions are backed by the economic might of the EU. It is not easy to disregard the effect that disrespect for the CJEU might have on public opinion if the economy starts to suffer. However, could not disrespect for the ECHR end up having have a similar effect on public opinion? How will ordinary people react when they find out that the courts that decide ordinary disputes have not been established in accordance with the law because of the way that their judges have been appointed? How would one react if the decision on his/her divorce was not only issued by a judge who might be perceived as lacking in independence but risked being found null and void because the court was illegal? How would s/he react if s/he found out that court decisions on his/her property rights risked having the same fate? Or decisions on his/her entitlement to social benefits or on protection against expulsion by his/her landlord/lady? Is it far-fetched to think that the Strasbourg findings on whether the national courts have been established by law might also weigh heavily in the court of public opinion?

These are of course meta-legal considerations; and it is not clear how seriously lawyers are to be taken when they engage in this kind of speculation. However, at times of constitutional crisis, law becomes politics. If one wishes to exit the crisis without drastically changing the political model, that of democracy, perhaps the safest way is to follow legality. And if not changing the model, that of European participation, remains a relevant consideration, one must come to accept that, subsidiarity notwithstanding, legality is also decided at the European level.

The Polish Challenge to the ECtHR’s Authority: Can the CoE Human-Rights System Respond Convincingly to It?

European Convention on Human Rights, Poland, Constitutions and Human Rights, Role of the Judiciary
That the 24.11.21 judgment of the Polish Constitutional Court (CC) represents a serious challenge to the ECtHR’s ...

European Convention on Human Rights, Poland, Constitutions and Human Rights, Role of the Judiciary
That the Polish constitutional crisis would have had serious human-rights implications was clear from the start. ...