Right to Life Right to Privacy Standard of Review India 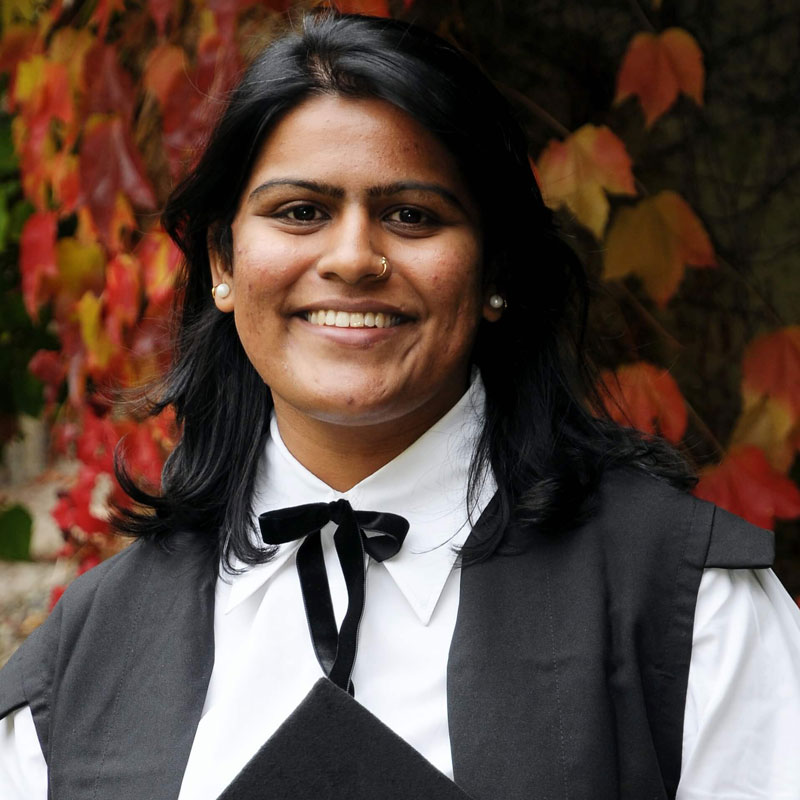 Nidhi Singh is currently pursuing Business Analytics from Harvard University. She is the Co-Founder of Black-Pearl Chambers, New Delhi and has graduated from University of Oxford as a Weidenfeld Hoffmann Scholar.

The Court overruled MP Sharma and Kharak Singh to the extent that it had observed that privacy is not a right guaranteed by the Indian Constitution. It was held in MP Sharma that in absence of a provision like the Fourth Amendment to the US Constitution, a right to privacy couldn’t be read into the Indian Constitution. This position is misleading and contrary in present times. The Court in Puttaswamy decided that the absence of an express constitutional guarantee of privacy does not necessarily warrant that there is no protection of privacy under the framework of protected guarantees including those in Article 19 and 21. On similar grounds the Court in this case ruled that the Kharak Singh case suffered from an internal inconsistency as it had held that right to privacy is not guaranteed under the Constitution and hence Article 21 had no application.

Privacy is a right that enables a person to be left alone. However, this right is to been seen in light of the various relationships people have at large in society. The Puttaswamy judgment brings out a constitutional understanding of where liberty places an individual in the context of a social order. It analyses the debate on privacy in the context of a global, information-based society. While tracing the definition of privacy given by various philosophers, the judges draw an analogy with the current times and the basic need of every individual to live with dignity. It is essential to safeguard privacy rights given the rapid pace of development and technological change, which has made the public more vulnerable to personal data abuse.

The judgment, while deciding the contours of privacy, very interestingly refers to the fundamental notions of privacy depicted in an article on ‘Typology of Privacy’. The diagram below, sourced from the judgment, gives a lucid categorization of privacy rights. 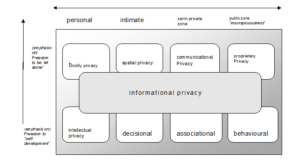 As explained in the judgment, informational privacy reflects an interest in preventing information about the self from being disseminated, and controlling the extent of access to information. The Court thus recognized information privacy as a facet of the right to privacy and recommended that the Government of India should examine and put in place a robust mechanism for data protection. This exercise is quite tricky because it would require a fair balance between the rights of citizens and state.

The Court further reasoned that privacy is not an absolute right, like other fundamental freedoms under Part III. On page 264, Justice Chandrachud writes that a ‘law which encroaches upon privacy will have to withstand the touchstone of permissible restrictions on fundamental rights. Thus, in context of Article 21, an invasion of privacy must be fulfilled on the basis of a law which stipulates a procedure which is fair, just and reasonable.’ He further said that an invasion of life or personal liberty must meet the following: (i) legality, which postulates the existence of law; (ii) need, defined in terms of legitimate state aim; and (iii) proportionality which ensures a rational nexus between the objects and the means adopted to achieve them.

The present judgment has re-shaped the ambit of fundamental rights in Indian constitutional history. The Indian judiciary has acted as a true guardian of liberty. It has given the Indian government an opportunity to re-think its data protection mechanism, both in light of individual privacy and the interests of the state.

Right to Life Right to Privacy Standard of Review