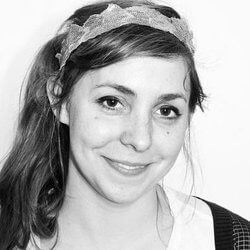 A Mubarak-era law from 2002 requiring non-governmental organisations to register with the government has been evoked by al-Sisi during a public statement in November, which asserted that human rights groups and other civil society groups must re-register with the government or face a potential crackdown on their activities. For their part, Egyptian human rights groups such as the prominent Egyptian Initiative for Personal Rights have claimed that the law is “restrictive” and an attempt by the government to prevent them from being able to undertake their research and advocacy work to their best ability.

On December 21st, 2014, the Egyptian Initiative for Personal Rights, a widely-respected advocacy and research human rights organisation founded in 2002, issued a statement outlining that its board of trustees had voted to register, after the government ultimatum warning that organisations that failed to do so will face prosecution. The statement explained that the organisation has chosen to attempt to continue working under the restrictive law and, according to the Associated Press, “test what freedom the law allows.”

There are concerns from human rights groups that new restrictions will in reality constrain their ability to function effectively, such as the 2014 revision to Article 78 of the penal code that imposes a life sentence on anyone who receives foreign funding with the aim of “hurting national security”, a nebulous statement reminiscent of the charges against the three Al Jazeera journalists currently in jail in Egypt for the charge of “threatening national security” through their work as journalists.

The recent ultimatum issued by the Egyptian government towards human rights organisations and other civil society organisations is part of the wider landscape of laws and decrees by the al-Sisi government aimed at restricting and closely monitoring the conduct of human rights organisations. In the summer of 2014, Human Rights Watch released a report, ‘All According to Plan’, which documented state and army involvement in the Rabaa massacre in which, it estimated, between 800 and 1,100 people were killed on July 14th and July 15th 2013. Members of Human Rights Watch arriving in Egypt shortly before the publication of the ‘All According to Plan’ report in order to present their findings were detained upon arrival for twelve hours and denied entry into Egypt.

“A Past Still Present”: Equal Rights Trust report explores discrimination and inequality in Egypt, eight years after the revolution

Egypt, Right to Equality and Non-Discrimination
Last week marked the 8th anniversary of the Egyptian revolution – known as the “25 January revolution” – which led ...