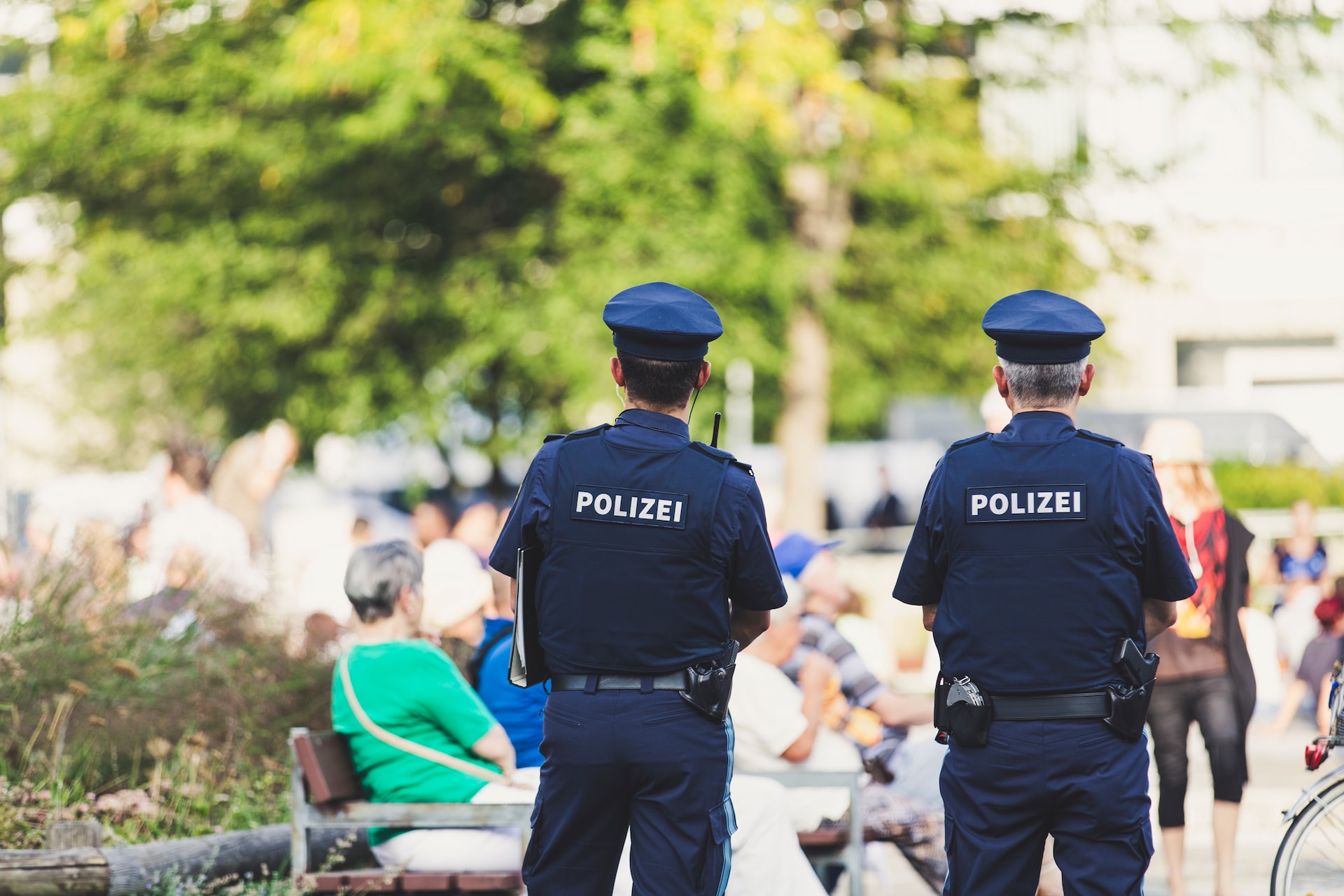 Image Description: Two policemen in uniform standing with their backs to the camera.

On 18 October 2022, the European Court of Human Rights (‘ECtHR’)’s Third Section passed judgment in Basu v Germany (Application no. 215/19) and Muhammad v Spain (Application no. 34085/17), two cases concerning racial profiling during police identity checks. The two cases’ facts were strikingly similar. The applicants were the only non-white persons targeted; both pursued administrative-law remedies; and, at the end of the day, it was their word against the officers’. Yet the Court found a violation of Article 14 of the European Convention on Human Rights (‘ECHR’), read with Article 8 ECHR (i.e., the prohibition on discrimination and the right to respect for private life), in the first case (Basu), but not in the second (Muhammad).

The outcome can be explained on the basis of the principle of subsidiarity. Basu’s administrative law action was rejected by the German courts on policy grounds; they refused to examine it, considering that the alleged rights violation would have been inconsequential. The Spanish courts, on the contrary, looked into the substance of Muhammad’s complaint. They believed the officers’ version of events – that he had been checked after he had made fun of them – and dismissed Muhammad’s complaint.

So it seems that, wherever member states’ courts openly relinquish their Convention responsibilities (as redefined in accordance with the subsidiary principle), the ECtHR will readily find a violation (Basu). In less clear-cut cases, the same principle risks being used as a fig leaf, with the ECtHR rejecting complaints about racial profiling on the basis, in the final analysis, of the alleged culprits’ self-serving assertions (Muhammad).

Although such a cynical analysis may not be totally unwarranted, things could be more complex. Both judgments use Articles 14 and 8 ECHR as a legal basis, as opposed to Article 3 (cf East Africans Asians, §196). By definition, such an approach would bring to Strasbourg a wider range of cases, involving everyday racism (see, mutatis mutandis, Judge Ktistakis in F.O.). By extension, it would also bring tiresome claims and counterclaims about the facts. Finding an equitable way out will not be always easy. So much is clear from Muhammad. There, the Section felt it necessary to draw adverse-for-the-applicant inferences from his litigation tactics (not pursuing criminal proceedings he had insisted on instituting) and the fact that the only eye-witness (a friend of his) was unavailable to testify. Against this light, the difference in the two cases’ outcome may well be attributed to some weaknesses in Muhammad’s application.

Were the above, however, good enough reasons for rejecting his case?  The weight attached to his litigation tactics appears difficult to reconcile with the Court’s conclusion on non-exhaustion of domestic remedies (he was not required to pursue the criminal-law route). It is also not clear why the Section did not examine his claim about the inadequacy of the national legal framework (see Judge Krenc’s dissent). Both considerations seem to cast doubt on the safety of the finding of no violation, which was – moreover – reached by the narrowest possible majority (four to three). (This blogpost considers it improper to speculate on what might have happened had Muhammad been decided by the Basu composition, which involved the same judges except for Judge Pavli, who sat instead of Judge Roosma.)

Does this mean that the case should go to the Grand Chamber? Not necessarily. As has been observed, other pending cases will probably give the Court the chance to perfect its approach regarding racial profiling. And there are aspects that need perfecting. For example, both judgments in Basu and Muhammad stress that being the only non-white person checked would not normally suffice to bear out a discrimination claim; additional elements are needed. However, the Section did not specify which elements were present in Muhammad (cf. Basu, §26). Instead, it went ahead to assess compliance with the procedural obligation (was there an effective national investigation into the racism allegations?). Then it dismissed, in a summary fashion, the substantive complaint (were the officers racist?). Had it proceeded the other way round, it might have found that there was nothing for the Spanish authorities to investigate.

Arguably, this does not matter much in a case that was to be rejected in any event. However, the subsidiarity logic requires national courts to provide adequate reasons for the decisions they render under the Convention, subjecting the prospective applicant’s arguments to a rigorous examination and, if necessary, distinguishing precedent (Gillan and Quinton in Muhammad). It would be a pity if the ECtHR did not comply with the same exacting standards, especially in racial profiling cases where the perceived fairness of the Strasbourg proceedings is key for restoring faith in ‘inclusive Europe’.

United States of America, Race, Right to Equality and Non-Discrimination
Although minority communities have long complained of racial profiling by police, their claims have generally been ...