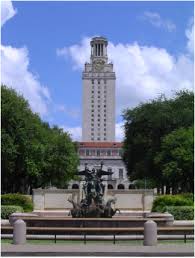 In this post Claire Overman takes a closer look at the parties’ submissions to the Court.

Last month, the Supreme Court of the United States heard oral arguments in the case of Fisher v University of Texas. The case concerns “affirmative action” measures taken by the University, which incorporated racial criteria into its admissions process in order to increase the racial diversity of its student body. Ms. Fisher, a white student whose application was rejected, argued that this violated the Equal Protection Clause of the Fourteenth Amendment, which holds that no State shall “deny to any person within its jurisdiction the equal protection of the laws.”

Counsel for Ms Fisher’s submission emphasised that, in the field of university admissions, strict scrutiny was appropriate. This would require the University of Texas to demonstrate both that its use of racial criteria in admissions decisions was “necessary to further a compelling government interest,” and that the means chosen to accomplish the asserted purpose were “specifically and narrowly framed.” Counsel submitted that these conditions were not made out. Concerning the compelling interest, they submitted that the University’s admissions programme was nothing more than “racial balancing,” with a purely representational goal, rather than pursuing an “educationally-based diversity interest” which was held to fulfil the first condition in the previous case of Grutter v Bollinger. In that case, the Supreme Court had held that a university admissions policy which involved a commitment to racial and ethnic diversity, but which also took into account many other individualised factors, was not unconstitutional. Moreover, Counsel for Ms Fisher argued that the measure was in any event unnecessary since the University was already one of the most diverse public universities prior to the inclusion of race into the admissions system.

Ms Fisher’s team further submitted that the second condition – the specific and narrow framing of the measure – was also unfulfilled. They argued that its limited practical results demonstrated that race-neutral means would be just as effective, and that, in any event, the University could never achieve its desired level of diversity through constitutional means.

In its submissions, the University agreed that strict scrutiny should apply. But it relied on the previous case of Regents of the University of California v Bakke to submit that universities have a compelling interest in promoting student body diversity, and that the University may consider the race of applicants in an “individualised and modest” manner. It disputed Ms. Fisher’s claim that its objective was outright “racial balancing,” as it did not set quantitative goals for minority admissions. Rather it referred to “profoundly important societal interests” in ensuring that students were exposed to the full educational benefits of diversity.

With regard to the issue of narrow tailoring of the measure, the University argued that the racial criterion had only a “modest and nuanced role” in admissions decisions, whilst still having a “meaningful impact” at the University. Moreover, the University pointed to the existing authority of Grutter and Bakke in order to argue, from a rule of law perspective, that the overruling of these cases would be an “extraordinary” step by the Court. In reply, Ms. Fisher argued that, rather than contesting Grutter, her submission focused on the failure of the measure to fulfil the strict scrutiny conditions.

This case raises many interesting issues. In particular, it will provide an insight into whether the aim of increasing racial diversity in a student body is a valuable aim in its own sake, or whether it must, as a separate and additional requirement, enhance the educational experience of its students. More importantly however, the outcome of the case will have a huge impact on the legality of affirmative action measures, and will reshape the understanding of the nature of discrimination in the United States.

Claire is a BCL Candidate at the University of Oxford and a frequent contributor to the OxHRH blog.

Why Fisher v University of Texas is Irrelevant outside the US

United States of America, Race, Right to Equality and Non-Discrimination, Standard of Review
The US Supreme Court’s decision in Fisher v University of Texas, released on Monday, has received much ...

United States of America, Race, Right to Equality and Non-Discrimination, Standard of Review
Many expected a major ruling on the constitutionality of affirmative action from the United States Supreme Court ...

Fisher v University of Texas: What the Judges Asked

United States of America, Race, Right to Equality and Non-Discrimination, Standard of Review
The third installment in our affirmative action series looks at the oral arguments presented and questions asked ...