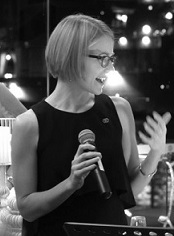 Kate is a criminal prosecutor in Sydney and Chair of Jubilee Australia. She has worked in the Office of the Prosecutor at the ECCC and as Director of Programs at Irish Rule of Law International. She works at the intersection of domestic and international criminal law, rule of law and development and is a MSt International Human Rights Law candidate at the University of Oxford.

Image description: A hand holding the bars of a prison cell.

In the recent case of Hamzy v Commissioner of Corrective Services NSW [2022] NSWCA 16, the New South Wales Supreme Court of Appeal handed down its judgment in relation to Bassam Hamzy, a convicted murderer and notorious gangland leader. Self-represented, Hamzy appealed on the lawfulness of the conditions he faces due to being classified an ‘extreme high risk restricted inmate’ (EHRR) by prison authorities. The judgment straddles questions of administrative and constitutional law, racial discrimination, fundamental freedoms and the sanctity of the client-lawyer relationship.

(i) Phone calls solely in English?

Currently, regulations mandate that EHRR inmates are required to speak solely in English during phone calls. Hamzy noted that he and his immediate family are Arabic speakers, and while he speaks English fluently, his parents have some difficulty with the language. He also noted that the Arabic language was ‘essential to the practice of the Islamic faith’. Relying on the Commonwealth Racial Discrimination Act, he argued that the regulation was discriminatory.

Although dismissed based on how the case had been conducted at the hearing, the minority judgment took the opportunity to contextualise the issue within an international human rights law framework. The judge reviewed various European Court of Human Rights decisions focusing on racially discriminatory treatment of prisoners and their Article 8 right to respect for private life , family life, home and correspondence (Baybasin; Nusret Kaya; Mehmet Nuri Ozen), as well as freedom of expression decisions from the Human Rights Committee involving the right of a government to determine the language of public administration (Guesdon; Ballantyne).

While the judge noted that neither the Racial Discrimination Act nor the International Convention on the Elimination of All Forms of Racial Discrimination (CERD) explicitly refer to language as a ground of discrimination (instead, ‘race, colour, descent or national or ethnic origin’), he found that a law precluding Hamzy’s family from speaking Arabic amongst themselves could indeed be a restriction based on ‘ethnic origin’. Whether this amounted to unlawful discrimination depended on whether the action, despite its disparate impact on certain ethnic groups, was proportionate to the legitimate purpose. Somewhat anti-climatically, he found the lawfulness of the regulation could not be determined.

(ii) Prison authorities listening in on calls between lawyers and inmates?

Regulations mandate that prison authorities can ‘drop in’ on phone calls made by EHRR inmates to ensure that calls are conducted solely in English and with the approved party. This included calls between EHRR inmates and their lawyers, and it was this aspect that Hamzy was appealing.

Hamzy noted that a prison officer could listen to such calls, without notice and with the parties unawares, and listen for as long as it took to confirm those requirements.

While the court was cognisant of the difficulties and risks of managing EHRR inmates, it found that the regulation did have a significant impact on the rights of an EHRR inmate to have confidential communications with their lawyer. The legislation did not authorise any limitation of those rights and the regulations were therefore invalid. His appeal was successful insofar as the court declared that the ‘drop in’ call policy does not apply between an inmate and their lawyer.

These are not easy facts: in addition to Hamzy’s current 40-year sentence, he is also charged with commercial drug supply along with his former lawyer, where they allegedly ran an ‘ice ring’ within the prison’s ‘super-max’ facility, exploiting legal professional privilege. The case highlights the balancing act that prison authorities must perform: having classified Hamzy an EHRR inmate based on being an extreme threat to good order and security, they must still afford him his inalienable rights. More broadly, the case highlights the interplay between the criminal law and human rights law, and that while various courts may justify restrictions regarding what language prisoners communicate in, they will not lightly tolerate incursions into the relationship between lawyers’ and their clients.