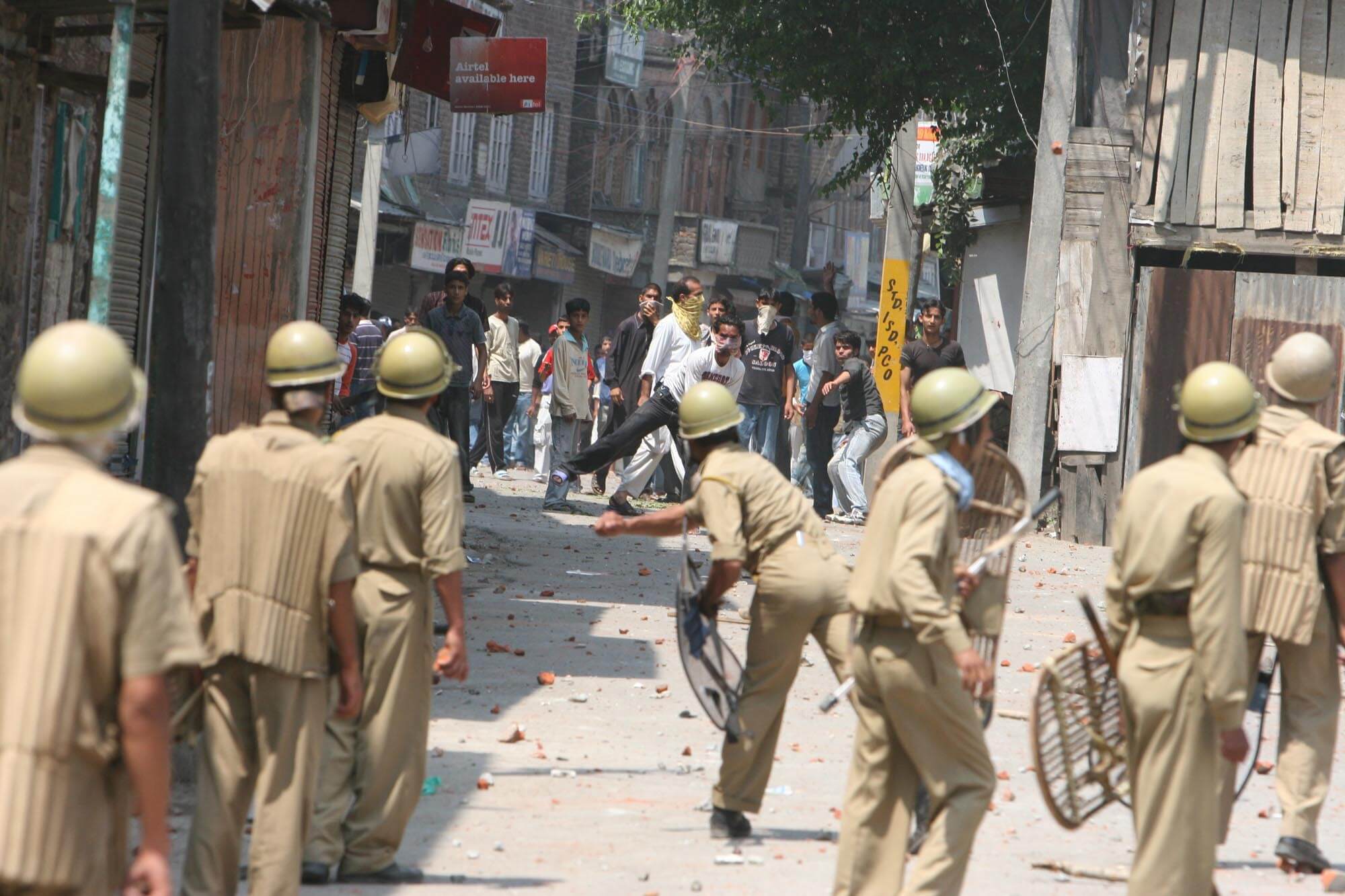 Sanskriti Sanghi is a fifth-year undergraduate student of law at the Gujarat National Law University, India. She is a Student Editor for the GNLU Journal on Law, Development and Politics and an Editorial Intern for the Global Citizen India platform. With a keen interest in human rights advocacy and humanitarian assistance, she is currently pursuing an internship for 2 months at an international organization where she engages with gender justice, child safeguarding and climate change and disaster risk reduction.

On June 14, 2018, the Office of the UN High Commissioner for Human Rights, in recognition of the urgent need to address the flagrant violation of human rights and to deliver justice to the people of Kashmir, released the first ever report on the situation of human rights in Kashmir. The report is a conscious step to seek accountability for past and ongoing violations of human rights, while seeking a commitment from India and Pakistan to end the cycle of violence.

Due to lack of unconditional access to Kashmir, the report is the result of remote monitoring. Addressing the developments in both countries from June 2016 to April 2018, the report draws greater attention towards the use of excessive force by Indian security forces leading to denial of rights and civilian casualties, while pointing out that in Pakistan, the violations are more structural in nature.

India-administered Kashmir remains plagued by special laws which have repeatedly been characterized as oppressive, such as the Armed Forces (Jammu and Kashmir) Special Powers Act, 1990 and the Jammu and Kashmir Public Safety Act, 1978 (PSA). These impede the normal functioning of law, accord superior powers to armed forces and jeopardize access to remedies. The military courts which are expected to act as a check on these activities operate as a shield of protection for these military officials. Further, acquittals for serious crimes like mass rapes committed by soldiers are reflective of chronic impunity for sexual violence.

Further, the tale the report narrates is that of a country not only in violation of its obligations under international human rights instruments, but also one which constantly refuses to engage in dialogue. From communication blockades which restrict the freedom of expression, to detention of individuals in disregard of the due process of law, not to mention enforced disappearances, the report displays the impunity for human rights violations in Kashmir. Moreover, there has been no attempt to conduct independent investigations or prosecute perpetrators of crimes.

The report marks a culmination of the recognition of the lack of access to rights in Kashmir. Organizations like Amnesty International and Human Rights Watch have previously highlighted severe violations of human rights in Kashmir and have advised the government to reform the justice system to secure rights. This report as well, recommends that the Indian government should repeal its oppressive laws, ratify and comply with relevant international instruments and investigate and prosecute perpetrators of crimes. The report should have acted as a call to action for India to adopt a corrective and investigative approach in the face of international criticism.

However, the attitude of the Indian government towards the report has been anything but forthcoming. The government was quick to question the veracity of the report, calling it overtly prejudiced and a way to build a false narrative, a comment which was unsubstantiated by evidence. The report was labelled a violation of India’s sovereignty. Further, the Ministry of External Affairs denounced the report, calling it a selective compilation of largely unverified information. Instead of acknowledging its failure in ensuring the protection of citizens in Kashmir or arguing on facts to support its contention, India instead chose to play the blame game, labelling the report as prejudicial and contradictory to the established policies of the UN.

What is important for the government to understand, especially in light of the position of power and influence India seeks to occupy in Asia and the UN Security Council, is the need to confront its human rights failures in a more effective manner. Given that the role of a responsible government is to address grievances, the appropriate stance for India to take would have been a confirmation of its commitment to upholding the rights of its people – through investigation in furtherance of the UN report as well as granting access to the Human Rights Office.

However, given India’s lack of response, it seems imminent that the Human Rights Council will be urged to establish a Commission of Inquiry (COI) for a comprehensive independent international investigation. Not only is India failing to provide consideration to a report focused specifically on its shortcomings, it is digging a pit for itself, inviting scrutiny from the international community, condemnation for inconsistency and above all, alienating an already estranged community.

The reaction to the UN Report is considered further in another post by Pamela Das on the Oxford Human Rights Hub Blog.

Let’s Talk About Kashmir: The Symbolic Significance Of The UN Report On Kashmir

India, Pakistan, United Nations, Conflict and Human Rights
On 14th June, 2018, The Office of the High Commissioner for Human Rights published a 49 page report, the first one ...