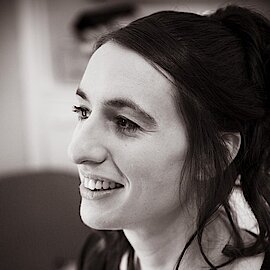 Charlotte O'Brien is a Professor at York Law School. She specialises in EU social law and citizenship, and both UK and EU welfare law. She is the Principal Investigator of the ESRC-funded, EU Rights & Brexit Hub – a project in advice-led ethnography, to give advice to organisations working with EU nationals throughout the UK, and documenting evidence of problems and discrimination encountered.

The UK Supreme Court has delivered its long-awaited judgment in R (on the application of SC, CB and 8 children) (Appellants) v Secretary of State for Work and Pensions and others (Respondents) on the two-child rule (in the Welfare Reform and Work Act 2016) limiting key subsistence benefits to two children per household, and it wastes no opportunity to disappoint.

It arrives at effectively the same conclusion as did the Court of Appeal, finding the measure lawful. But the Supreme Court gets there in a rather more trigger-happy fashion, taking pot-shots at children’s rights, discrimination judicial reviews, charities, the UN Convention on the Rights of the Child (UNCRC), pretty much any challenge to sexually discriminatory social security policies, and the basic construct of indirect discrimination.

Discrimination Against Children: A Perplexing Evasion

The most prominent ground receiving the least coherent rejection was the claim of discrimination against children as a class. The two-child rule is  a profoundly anti-child measure. It is the by some way most anti-child social security measure in the whole of the Council of Europe. Only two other member states have adopted child-limits on benefits; Serbia and Hungary both set the limit at four children. The wealth of evidence in the UK already points to the rule contributing to a dramatic increase in the number of children living in poverty, and to the deepening of pre-existing child poverty. Around 1.1 million children are  affected by the policy.

The UK Supreme Court found there was no discrimination against children, in part because benefits are payable to adults not to children. But is the Court seriously suggesting children can never make an equal treatment claim in a social security context, because of the way benefits are paid? The lack of direct personal entitlement within the social security system is, if anything, symptomatic of structural discrimination. Imagine if the UK government sought to duck claims of direct sex discrimination by awarding all benefits by default to a male ‘benefit guardian’, and then argued that as women have no entitlement they could not complain about changes made to benefits. The Court also pointed to the existence of other benefits, but these benefits do not provide the same level of income support nor are they designed to supply a child’s subsistence needs. Why not scrap any benefit at random – the state retirement pension, let’s say, and argue that other benefits can stretch to cover the gap?

This statement suggests an astonishingly poor grasp of what indirect discrimination is, and why protections exist. As for reviewing proportionality, this, the Court decided somewhat unconventionally, was a question for Parliament alone, so abdicated its responsibility of judicial review.

Sex Discrimination: Not Just About Money

The Court ignored representations made about non-financial discrimination. But it at least merits a disproportionate impact assessment under Article 14; the two-child rule creates physical and psychological burdens for women, particularly in the context of reproduction. A recent study by the British Pregnancy Advisory Service found that the two child limit was a “‘significant factor’ in women’s decisions to end a pregnancy during the pandemic”.

Having a “Pop” at the UNCRC and Child Poverty Action Group

The UNCRC takes quite a hit in the judgment too; the best interests of the child, are apparently a non-justiciable question for Parliament. But complete deference to Parliament on the grounds of ‘democratic decision making’ makes a little less sense for a cohort which cannot vote. Lord Reed also delivers a passing blow to charities like the Child Poverty Action Group, suggesting that discrimination challenges to legislation are “usually brought by campaigning organisations which lobbied unsuccessfully against the measure… and then act as solicitors… as a means of continuing their campaign”. The suggestion that such organisations are using clients for their own ends is quite a bold insult to deliver to charities working to support vulnerable clients for little financial reward.

In sum, this dispiriting judgment marks a return to judges tying themselves in hopeless knots over indirect discrimination, of a kind not seen since Lewisham v Malcolm (in which the House of Lords persuaded themselves that it was ok to refuse entrance to someone with a guide dog, because “the problem was the dog”). This is a reactionary judgment – the Court has overcompensated in its efforts to defer to Parliament, abdicating the responsibility of proportionality review, even on behalf of disenfranchised minorities. Treating the promotion of poverty as a non-justiciable political choice is strident judicial activism, if not vandalism. Poverty is a human rights matter – and human rights are a matter of law.

Gender, Right to Equality and Non-Discrimination, Socio-Economic Rights
Despite a renewed global commitment to reduce extreme poverty and achieve gender equality, women throughout the ...

To Tackle Poverty Effectively, See it Through the Lens of Gender

United Kingdom, Gender, Right to Equality and Non-Discrimination, Socio-Economic Rights
Everyone knows that women hold up half the sky but are nonetheless much more likely to live in poverty. Yet in ...