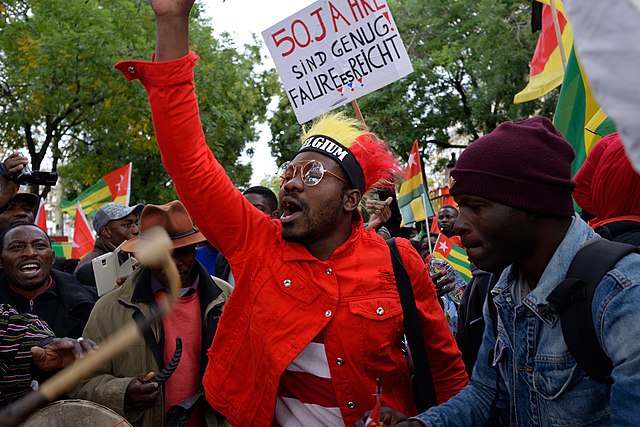 By PASCAL.VAN via Flickr, used under a creative commons license CC BY-SA 2.0.

Right to Freedom of Speech and Expression Togo

Internet Access as a Derivative Component of the Freedom of Expression

The judgement in the case of Amnesty International Togo v The Togolese Republic [2020] asserts access to internet is a “derivative” right within the context of the right to freedom of expression. Therefore, any interference with accessing internet services must be provided for by a law specifying grounds for such interference.

The State of Togo argued that it was necessary to restrict internet access to protect national security, because the protest in Togo had the potential to degenerate into civil war. Nevertheless, the ECOWAS court holds that restricting internet access must be done in accordance with the law. There must exist a national law, guaranteeing the exercise of this right, whilst providing the conditions under which it can be derogated. In the case of Togo, no such law existed, therefore the derogating of certain rights in Togo was not done in accordance with the law.

This precedent has wider implication for other countries like Zimbabwe where Econet Wireless Zimbabwe, the largest mobile phone operator in Zimbabwe, was directed by the government to shut down all internet access from January 15th to January 16thin 2019, following protests due to an increase in gasoline prices. The government restricted internet access under the Interception of Communication Act (ICA) 2007. This resulted in a High Court decision wherein Justice Tagu held that a shutdown of the internet was not authorized by the ICA as it only dealt with interception of communication and not the shutdown or suspension of internet services.

Moving forward, it is hoped the ECOWAS court judgement will inform regulation of other kinds of internet interference.