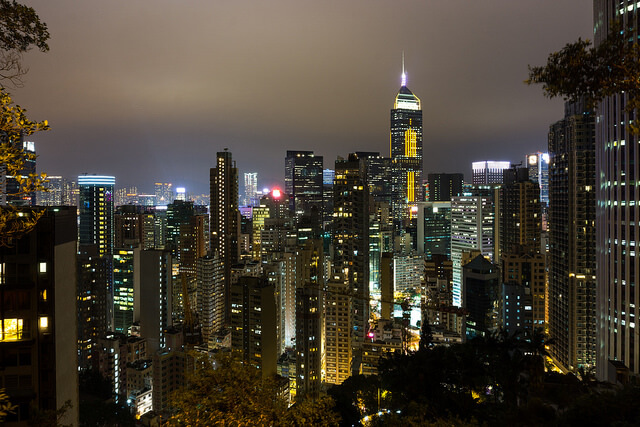 Current events demonstrate an emphasis on “one country” by China, and the blatant failure to respect “two systems”. Image Credit: barnyz via Flickr, used under a Creative Commons Licence available at https://creativecommons.org/licenses/by-nc/2.0/

Stephanie Tai is a PCLL graduate of the University of Hong Kong, and an LLB graduate of the London School of Economics and Political Science. She has a strong interest in human rights and criminal law, and will commence her pupillage in December 2018.

The disappearance of Lam Wing Kee and four other Hong Kong booksellers sparked outrage amongst Hong Kong citizens and the international community alike. US spokesman John Kirby said the US was “disturbed by reports of the disappearances”. Thousands marched on the streets in Hong Kong. Many wondered whether China’s detention of Lam was an anomaly, but consequent events have indicated that this was only the tip of the iceberg.

Hong Kong bookseller Lam Wing Kee disappeared in October 2015 in Shenzhen, China. Lam worked at Causeway Bay Books which sold books revealing secrets of corruption and scandals of mainland officials, matters which are censored in the mainland. Many had already speculated that his disappearance was connected to the revealing books. Lam returned to Hong Kong in June 2016 where he held an explosive press conference exposing the details of his detention. He divulged that he was only allowed back to Hong Kong to retrieve a hard drive containing evidence of the store’s records and was due to return to China, but instead of obeying orders, he held a shocking press conference in Hong Kong. Lam revealed that during his detention he was forced to make a “confession” that he had smuggled the books illegally into China. He was detained in a small room for months where he contemplated suicide, and was forced to forgo his rights to a lawyer. Lam was held in “residential surveillance”, a form of “secret detention” which allows the police to hold suspects for up to 6 months.

The most vulnerable principle at stake is Hong Kong’s semi-autonomous system of governance under “one country, two systems” and the consequential erosion of Hong Kong’s freedom. In 1997, Britain returned Hong Kong to China under “one country, two systems” where the status quo Hong Kong enjoyed prior to the handover would remain the same until 2047. “One country, two systems” was subsequently enforced by Article 3(2) of the Sino-British Joint Declaration cap 2301, which states that HKSAR will enjoy a “high degree of autonomy except in foreign and defence affairs”. Examples of powers that Hong Kong enjoys include powers of executive, legislative, and independent judiciary (Art 3(3)) where although the Chief Executive is appointed by China, this has to be done “on the basis of the results of elections held locally” (Art 3(4)), and powers in foreign affairs in economic and cultural relations (Art 3(10)).

The involuntary removal of Lam is a blatant violation of the Sino-British Joint Declaration and the Basic Law. Article 3(5) of the Sino-British Joint Declaration guarantees the “rights and freedoms, including those of the person, of speech, of the press”. Article 27 of the Basic Law protects the “freedom of speech, of press and of publication”. Lam’s press conference has exposed what was suspected all along: the disappearance of the Hong Kong booksellers was China’s lawless attempt to suppress the freedom of speech by controlling what is published about mainland authorities. In its Annual Report, the US Congressional-Executive Commission on China expressed concern over “challenges to Hong Kong’s ‘high degree of autonomy” and condemned Hong Kong’s deteriorating press freedom. China’s infiltration into Hong Kong’s freedoms is a spineless attempt to frighten Hong Kong citizens into submission and remind them of China’s iron grasp over Hong Kong. This is especially pertinent given the public’s growing discontent with the Chief Executive.

Lam’s incident is not an exception but rather, another instance of the disintegration of Hong Kong’s freedom. In October 2016, Thai officials barred Hong Kong pro-democracy activist Joshua Wong from entering Thailand and detained him at China’s request. Wong was due to address the students of Chulalongkorn University at an event marking the 40th anniversary of the Thammasat massacre, where pro-democracy students were massacred by the military. Wong’s detention shows China’s seemingly borderless reach extending into neighboring countries.

Current events demonstrate an emphasis on “one country” by China, and the blatant failure to respect “two systems”. Although the conservation of the status quo before the handover and the subsequent “one country, two systems” cemented by Article 5 of the Basic Law elapses on June 30 2047, incidents like Lam’s disappearance and Wong’s detention suggest that the transition period has perhaps unofficially begun.