Levenstein: A Case to End Prescription of All Sexual Offences in South Africa 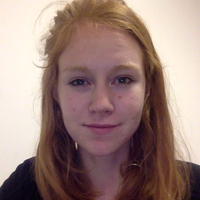 Jesslin Wooliver recently graduated from Saint Mary's College of California with a degree in Philosophy. She is currently working with the Women's Legal Centre in Cape Town, South Africa. The WLC is an African feminist legal centre that advances women’s rights and equality through strategic litigation, advocacy and partnerships.

Widely considered the most progressive constitution in the world, the South African Constitution contains an inclusive and wide reaching Bill of Rights. Amongst these rights, the Bill guarantees every citizen the right to dignity, equality, protection of children, freedom from violence, access to courts, and a fair trial. However, South African law also enforces prescription (statute of limitations) of 20 years for criminal offences, other than those considered the most “serious”. The law places an absolute bar on the prosecution of offences 20 years after the incident being perpetrated. Of relevance, all sexual offences, other than rape, prescribe after 20 years; this results in victims of many sexual offences being excluded from recourse to the criminal justice system. This summer the South Gauteng High Court in South Africa declared the law arbitrary and inconsistent with the Bill of Rights and thus unconstitutional. The matter was referred to the Constitutional Court in Johannesburg for confirmation.

According to section 18 of South Africa’s Criminal Procedure Act (CPA):

“the right to institute a prosecution for any offense, other than the offenses of —

shall, unless some other period is expressly provided for by law, lapse after the expiration of a period of 20  years from the time when the offense was committed.”

Earlier this year Nicole Levenstein and 7 other applicants sought justice for sexual crimes committed against them as children. As adults, the applicants brought an action against Sidney Frankel (the alleged perpetrator of these crimes), as well as against the Minister of Justice and Constitutional Development, and the Director of Public Prosecutions, to declare section 18 arbitrary and unconstitutional. The Women’s Legal Centre (WLC), assisting in the case, argued that the level of trauma experienced by victims of sexual abuse is not determined by whether the abuse involved penetration, but depends on a multitude of other factors. They maintain that perception of the seriousness of crime is subjective, and determining one sexual crime to be more ‘serious’ than another is dependent upon preconceived patriarchal notions about sexual offences  which are flawed. The WLC points to evidence provided by the National Institutes of Mental Health Intramural Research and the expert report of Daryl Higgins in their submissions.

The High Court agreed with these claims, and found that such determination directly contradicts the Constitutional rights mentioned above. It ruled in Levenstein’s favor.

As of now, South Africa awaits a final decision from the Constitutional Court. If it affirms the High Court’s ruling, the case will set a lasting precedent. The protection of sexual violence cases from prescription would help to ensure that women are not unfairly disadvantaged because of a misinformed notion about the nature of their experience. It would also empower women who may take an extended period of time to seek justice for the offence perpetrated against them. Considering how often women are discouraged from taking legal action against abusers because of fear, denial, or limited access to the justice system, allowing time to lay charges is incredibly important for the protection of women’s rights.

If the Court declares the section unconstitutional, victims of sexual abuse would be better protected and women would be granted the justice they are entitled to as citizens of South Africa. Further, this case may serve as an example in years to come as more nations decide to take allegations of sexual violence seriously. One hopes that the Court makes the decision that recognises the right of women to be free from all forms of violence irrespective of the nature of the sexual violence and whether the violence was perpetrated when the victim was an adult or child.

South Africa, COVID-19, Gender
South Africa has been on state lockdown since midnight of 26 March 2020, in the government’s attempt to curb the ...