OPBP hosted its Annual Welcome Event on the 1st of December. To a tightly packed audience, the new Executive Committee introduced themselves and thanked the previous Committee for all of their hard work and successes. 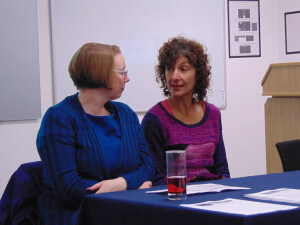 Amongst the Faculty speakers were the Dean of the Oxford Law Faculty: Professor Anne Davies, Rhodes Professor Sandra Fredman, and Shaw Foundation Junior Research Fellow Dr. Eirik Bjorge, who all described their experiences with the OPBP and their hopes for the future of the organisation . 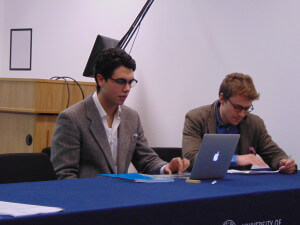 The new Committee, chaired by Ivo Gruev, introduced the audience to some of the major projects OPBP will be undertaking this academic year, including a possible co-operation with the Human Rights Watch and the Supreme Court of Namibia. The previous Committee further described some of the main projects they completed in the previous year, including a high-impact research for the UN Special Rapporteur on Arbitrary Detention. The audience also heard from two students who have previously interned under the OPBP’s generous internship funding scheme, who detailed the various highlights of their experiences with the Legal Resources Centre in South Africa and the Human Rights Watch in the United States.

The Welcome Event was a huge success, with dozens of new additions to our volunteer interest list. The new Committee would like to thank everyone for attending, and for showing their interest and support to OPBP, and in particular the Law Faculty speakers for their participation. We are looking forward to a fruitful year for pro bono public interest work in Oxford.

As a Zimbabwean and South African, I grew up in a family where my parents had been among the many people of their ...

A report prepared by Oxford Pro Bono Publico on international refugee and human rights law and its application to ...