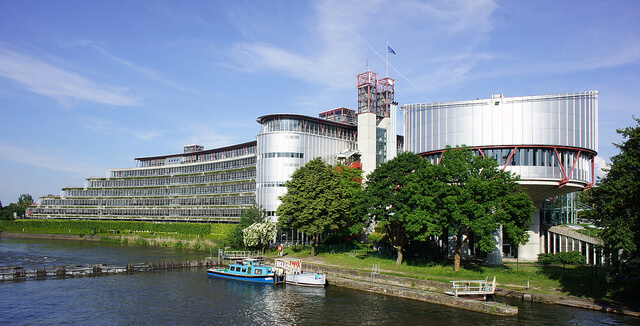 Mr Pihl had complained to the ECtHR that Swedish legislation preventing him from holding a non-for-profit association responsible for a defamatory comment posted on its blog violated his right under Article 8 of the European Convention on Human Rights (ECHR). Image credit: barnyz via Flickr, used under a Creative Commons Licence available at https://creativecommons.org/licenses/by-nc/2.0/

About Claire Overman and Andrew Wheelhouse

On 9 March 2017, the Third Section of the European Court of Human Rights (ECtHR) declared inadmissible a complaint by the applicant, Mr Pihl, that his right to respect for his private life had been violated.  He had complained to the ECtHR that Swedish legislation preventing him from holding a non-for-profit association responsible for a defamatory comment posted on its blog violated his right under Article 8 of the European Convention on Human Rights (ECHR).

The association in question had published a post on its blog, accusing the applicant of being involved in a Nazi party.  The blog, while allowing comments to be posted, clearly stated that these were not checked before publication and that commentators were responsible for their own comments.  It requested that commentators “display good manners and obey the law.”

One day after publication of the post, an anonymous individual commented, “that guy pihl is also a real hash-junkie according to several people I have spoken to.”  Nine days later, the applicant posted a comment in reply, stating that the information in both the blog post and comment was wrong and should immediately be removed.  The following day, both were removed and the association added a new post confirming the inaccuracy and apologising for the mistake.

The applicant sued the association in the national courts, claiming symbolic damages of 1 SEK.  His claim in respect of the comment was rejected by the national courts, as the applicable Swedish law, which obliged blog owners to remove certain types of user-generated content, did not apply to defamatory content.

The ECtHR began by considering whether Article 8 was engaged on the facts, reiterating from previous decisions that “for Article 8 to come into play, the attack on personal honour and reputation must attain a certain level of seriousness and must have been carried out in a manner causing prejudice to personal enjoyment of the right to respect for private life” (at [24]).  Although the ECtHR noted that the comment did not amount to hate speech or incitement to violence (as had been the case in the 2015 Grand Chamber decision of Delfi AS v Estonia, also on the issue of user-generated comments), it accepted the national courts’ finding that the comment constituted defamation and consequently fell within the scope of Article 8 (at [25]).

Assessing whether the national courts had struck the right balance between the applicant’s Article 8 right and the association’s Article 10 right to freedom of expression, the ECtHR reiterated specific aspects of freedom of expression relevant to internet intermediaries: “the context of the comments, the measures applied by the company in order to prevent or remove defamatory comments, the liability of the actual authors of the comments as an alternative to the intermediary’s liability, and the consequences of the domestic proceedings for the company” (at [28], referring back to Delfi and MTE v Hungary, a 2016 decision of the Fourth Section of the ECtHR on the same issue).

Considering these specific aspects, and “especially the fact that the comment, although offensive, did not amount to hate speech or incitement to violence and was posted on a small blog run by a non-profit association which took it down the day after the applicant’s request and nine days after it had been posted,” the ECtHR held at [37] that the national courts had struck the right balance in refusing to hold the association liable for the comment.

Whilst it achieved the right result, the judgment’s treatment of the content of the comment as a factor in its overall conclusion can be criticised.  Online media incorporating user-generated content represents a relatively novel fact pattern for which the ECtHR has had to devise a rights-balancing framework.  In MTE, the Court specifically stated that it was considering “the context and content of the comment” (see heading at [72] and discussion at [74]-[76]) as part of this framework.  However, reference to the comment’s content was omitted in Pihl.  The emphasis on the point that the comment was “not hate speech” risks giving the impression that there is some sort of established distinction between hate speech and all other speech in this novel area.

Online Speech in Hungary before the Strasbourg Court: Freeing the Low

European Convention on Human Rights, Right to Freedom of Speech and Expression
The European Court of Human Rights (ECtHR) in MTE and Index.hu v Hungary (“MTE/Index”) issued a decision ...