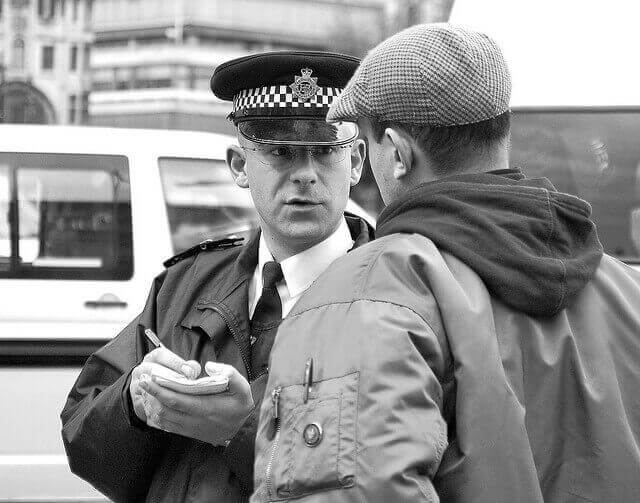 Although the information in question in both cases was fairly banal, this case is significant for testing the boundaries of the right to privacy and its interaction with the European data protection regime.

Can the retention of records by the police relating to acts that occurred in public be contrary to the right to privacy? Such a matter was recently considered by the UK Supreme Court in R (Catt and T) v Commissioner of Police of the Metropolis [2015] UKSC 9.

Mr Catt is a 91 year old who had been involved in protests outside a US defence company’s premises. The protests had involved violent elements, and although Mr Catt had been arrested a few times for obstructing the public highway, he had never been convicted. The information recorded by the police was fairly minimal, mostly indicating Mr Catt’s presence at the protest, his name, date of birth and address.

Ms T, following an argument in her block of flats with a neighbour, received a ‘Prevention of Harassment Letter’ from the police. This was not a conviction but was potentially disclosable to employers in certain circumstances.

Both individuals argued that the retention of their data by the police constituted a breach of Article 8 ECHR– the right to respect for private and family life, the point in contention being whether the interference with Article 8 was proportionate.

The majority were emphatic that it was. In Mr Catt’s case, Lord Sumption noted that the information didn’t indicate proof of wrongdoing and so was not “discreditable”. There were good reasons for retaining the data in terms of maintaining public order not least because “[m]ost intelligence is necessarily acquired in the first instance indiscriminately. Its face value can only be judged in hindsight, as subsequent analysis for particular purposes discloses a relevant pattern.” However, Lord Toulson disagreed that the value of the information about a nonagenarian peacenik was sufficient to justify its retention. Interestingly, he noted:

“[I]n a modern society the state has very extensive powers of keeping records on its citizens. If a citizen’s activities are lawful, they should be free from the state keeping a record of them unless, and then only for as long as, such a record really needs to be kept in the public interest.” [para 69]

As to Ms T, Lord Sumption held that there was nothing that prevented the retention of the letter, but that the period of time in question (around 2 ½ years until its pre-emptive deletion by the police) was at the outer limit of what was acceptable. Lady Hale and Lord Toulson had no such qualms. Harassment covers a wide range of conduct and such information may be useful in informing the response of the police several years down the line, particularly in cases of domestic violence.

Although the information in question was fairly banal, this case is significant for testing the boundaries of the right to privacy and its interaction with the European data protection regime. Data protection, which has recently come to prominence following the advent of ‘the right to be forgotten’ allows individuals to compel public bodies to reveal what information is held about them, albeit with appropriate carve-outs in areas including law enforcement.

As such, the UK has a fully developed regulatory framework for dealing with concerns about data retention. Indeed, both Lord Sumption and Lady Hale questioned the use of expensive judicial review proceedings instead of a complaint to the Information Commissioner’s Office (ICO), the official regulator otherwise much better placed to deal with such matters cheaply and efficiently.

This is a hard case. It does not involve the use of intrusive surveillance techniques as in Liberty v GCHQ [2014] UKIPTrib 13_77-H. It does not concern records of convictions or cautions of the sort that are likely to damage an individual’s employment prospects as in the case of T v SSHD [2014] UKSC 35. A generation ago, such complaints would have probably sounded absurd. You can imagine the TV cop of the early 90s reacting with consternation when being told by his sidekick that potentially relevant information about a suspect had been deliberately deleted.

Here, the Supreme Court came to broadly the right outcome. In an age where information about individuals only becomes easier to come by it is perhaps correct that there a trade-off allowing you to regain a measure of anonymity from the authorities. But this is doubtless not the last time in which the right to privacy takes us in an unexpected direction.

Will Australia learn from the EU’s mistakes on data retention?