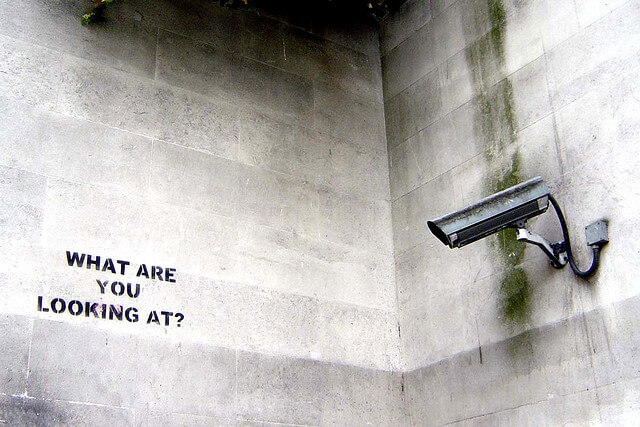 The ‘Anderson Report’ on Surveillance Powers Fudges the Issues, but its Findings Should be Implemented

Pressure on the government to reform the use of surveillance powers within the UK has recently ratcheted up another notch. A few months ago the Intelligence and Security Committee of Parliament (ISC) and the Interception of Communications Commissioner’s Office (ICCO), published reports criticising aspects of the surveillance system. Now David Anderson QC, the Independent Reviewer of Terrorism Legislation, has published his own report reviewing UK surveillance law in its entirety and making a comprehensive list of recommendations for reform.

At over 350 pages, ‘A Question of Trust’ is a veritable tome, considering the UK law alongside that of other members of the ‘Five Eyes’ security network (UK, USA, Canada, Australia and New Zealand). As the title suggests, the main aim of Anderson’s proposed reforms is to restore public confidence in the legal framework governing surveillance.

He does not advocate curtailing the use of surveillance powers. As someone who was granted unrestricted access to classified material, he is clearly convinced of their value. His report includes 6 anonymised case studies (Annex 9) illustrating the value of surveillance. Such case studies pose a quandary for those opposed in principle to government mass surveillance programmes. How many otherwise preventable terrorist atrocities is one willing to endure rather than extend the surveillance powers available to the state? Would your answer change if one of those attacks turned out to be a 9/11-style ‘spectacular’?

Clearly troubled by the implications of such thinking, Anderson offers a key recommendation: the replacement of ministerial authorisation of surveillance with judicial authorisation. The three existing commissioners ought to be replaced by a new beefed-up body called the Independent Surveillance and Intelligence Commission. ISIC would take over the oversight and auditing functions of its predecessors, and its Judicial Commissioners, who would be serving or retired senior judges, would take over authorisation of all warrants.

There are a host of other noteworthy measures. Like the ISC, Mr Anderson recommends that the mess of current surveillance legislation be replaced with a single, more comprehensible Act. He is sceptical of the proposals in the government’s so-called ‘Snooper’s Charter’ for the compulsory retention of records of user interaction with the internet or of ‘third party data’ (luddite’s guide here), at least until a compelling case is established.

There would be a new ‘bulk communications data warrant’ that would limit mass surveillance of the sort seen in the PRISM and TEMPORA programmes to specific operations targeted at individuals outside of the UK.

Finally, the Investigatory Powers Tribunal should have an expanded jurisdiction to hear complaints against communications service providers as well as public bodies. There should be a right to appeal from the IPT on a point of law and the tribunal should have the power to rule that future legislative measures are incompatible with the Human Rights Act 1998.

The Anderson recommendations, if implemented (a prospect that currently seems unlikely for its central proposal) would be a positive development. It will deliver bigger, meaner regulation and hopefully a statutory framework that normal people have at least a fighting chance of understanding.

Looked at differently, the report reflects many of the current trends within contemporary political discourse. Judicial oversight can be seen as a continuation of the outsourcing of political decision-making to judges seen in the rise of the judge-led public inquiry in the UK. The emphasis on rights compliance and legality is also telling. Like the application of the Human Rights Act to active combat zones abroad in cases like Smith v MoD, it allows David Anderson to be Janus, striking a good pose for the civil liberties lobby, whilst securing in large part the capabilities of the intelligence services. It conflates the legal question with the political question. In Smith it was the use of force overseas. Here it is whether the use of mass surveillance in society is justified.

Unlike Smith however, the balance Anderson has tried to strike may well be the right one. What was most shocking about the revelations around PRISM and TEMPORA was the impression of spooks run amok with no independent oversight, rather than the notion that they had found new and innovative ways to be engaged in the business of (the horror!) spying. Implementing the recommendations will do a great deal to restore accountability to the system. But whether we like the balance the Judicial Commissioners choose to strike between privacy and surveillance is another matter.

A longer version of this post was first published by Democratic Audit UK on 23 June 2015. It can be accessed on their Blog at: http://www.democraticaudit.com/?p=14070

United Kingdom, Right to Privacy
This is partially based on Ian Brown (2012) 'Government Access to Private-Sector Data in the United Kingdom' ...