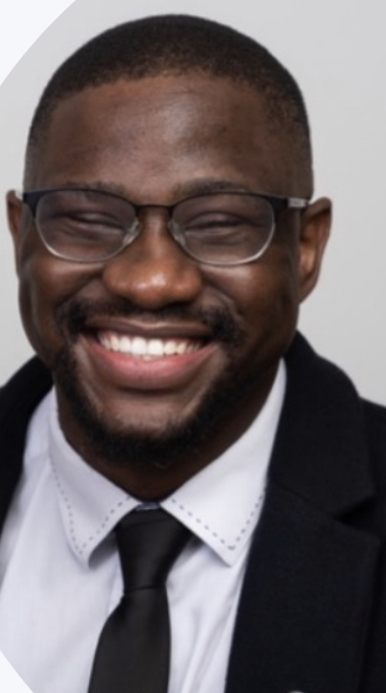 Sfiso Benard Nxumalo is a Doctor of Philosophy (DPhil) in Law Candidate at the University of Oxford. He also holds Bachelor of Civil Law (BCL) degree from the University of Oxford as well as a Bachelor of Law (LLB) from the Univeristiy of Witwatersrand. Sfiso worked as a law clerk/ researcher at the Constitutional Court of South Africa and prior to that he worked as a candidate attorney at Bowmans (formerly Bowman Gilfillan).

Sfiso Nxumalo, “The constitutionality of section 10 of the South African Equality Act: a case for balancing the rights to equality, dignity and freedom of expression”, (OxHRH Blog, December 2020), <https://ohrh.law.ox.ac.uk//tthe-constitutionality-of-section-10-of -the-south-african-equality-act-a-case-for-balancing-the-rights-to-equality-dignity-and-freedom-of-expression> [Date of access].

Section 10 of the Promotion of Equality and Prevention of Unfair Discrimination Act (“the Equality Act”) has not been without controversy and robust opprobrium. Since its inception, numerous legal academics and practitioners have, rightly, questioned the constitutionality of this provision. On 22 September 2020, the question regarding the constitutionality of section 10 of the Equality Act finally arrived at the doors of the Constitutional Court in the matter of Qwelane v South African Human Rights Commission and Others (“Qwelane”).

The particular facts can be summarised as follows: Mr Jon Qwelane (Mr Qwelane) authored an article, entitled “Call me anything but Gay is not okay” in a national tabloid newspaper. Perspicuously, the article was primarily aimed at dehumanising and offending the LGBTI+ community. The South African Human Rights Commission subsequently initiated a complaint against Mr Qwelane of hate speech as defined under section 10 of the Equality Act. In turn, Mr Qwelane argued that, inter alia, section 10 is unconstitutional as it unjustifiably infringed on his right to freedom of expression on two key grounds; namely, the impugned section is overbroad and vague.

Section 9 of the Constitution directs Parliament to enact national legislation to prohibit and prevent unfair discrimination. Responding to this constitutional demand, the Equality Act was conceived. Its preamble states that one of its objectives is to facilitate the transition and peregrination to a democratic society, united in its diversity by advancing the achievement of equality and human dignity. Parliament included section 10 in the Equality Act (which specifically proscribes hate speech) and thereby recognised the crucial role that expression may play in perpetuating inequality and dehumanising a class of people, thus “legitimizing” unfair discrimination. On this construction of section 10, it is apparent that three fundamental rights are implicated: the right to freedom of expression, the right to equality and the right to dignity.

In Qwelane, it was argued that when interpreting section 10, the rights to equality and dignity should prevail over the right to freedom of expression. A byproduct of this argument is that it implies the existence of a hierarchy of rights, with certain rights enjoying higher protection over others. The Constitutional Court has decidedly rejected the notion of a hierarchy of rights.  This argument is misplaced and may tend to pit the applicable rights against each other.

A proper interpretation would construe the rights in a manner that would strike a balance between the rights, while recognizing their importance in a constitutional democracy. Such an approach would acknowledge the interdependence of rights and how they intertwine. It is trite that freedom of expression is “a web of mutually supporting rights in the Constitution.” The right to equality, dignity and freedom of expression are constitutive of each other. Thus, Qwelane provides an opportunity for the Constitutional Court to contribute to the deliberative and discursive process of giving content to the applicable rights and ensuring that section 10 is interpreted in manner that carefully balances the competing rights, without undermining the other.

Turning to Mr Qwelane’s argument that section 10 is fatally vague, it is difficult to construct a coherent and convincing argument in defence of section 10 as it is currently framed. It is far from clear whether the section should be read conjunctively or disjunctively; whether a subjective, or objective or hybrid test should be employed in determining the meaning of the words. The section may be so vague that it creates insurmountable uncertainty and renders the section at odds with the principle of legality and the rule of law. It may also be an unjustifiable limitation to the right to freedom of expression.

In relation to the overbroad challenge, Mr Qwelane argued that the inclusion of sexual orientation as a prohibited ground under section 10 goes beyond the prohibited grounds listed in the freedom of expression provision in the Constitution. This argument is likely to be dismissed. Conceivably it would constitute a justifiable limitation to the right to freedom of expression.

Judgment was reserved. However, the decision will undoubtedly have far-reaching consequences on the law concerning hate speech.

South Africa, Right to Freedom of Speech and Expression
It is widely recognised that at the heart of the South African Constitution lies an expansive promise of equality, ...