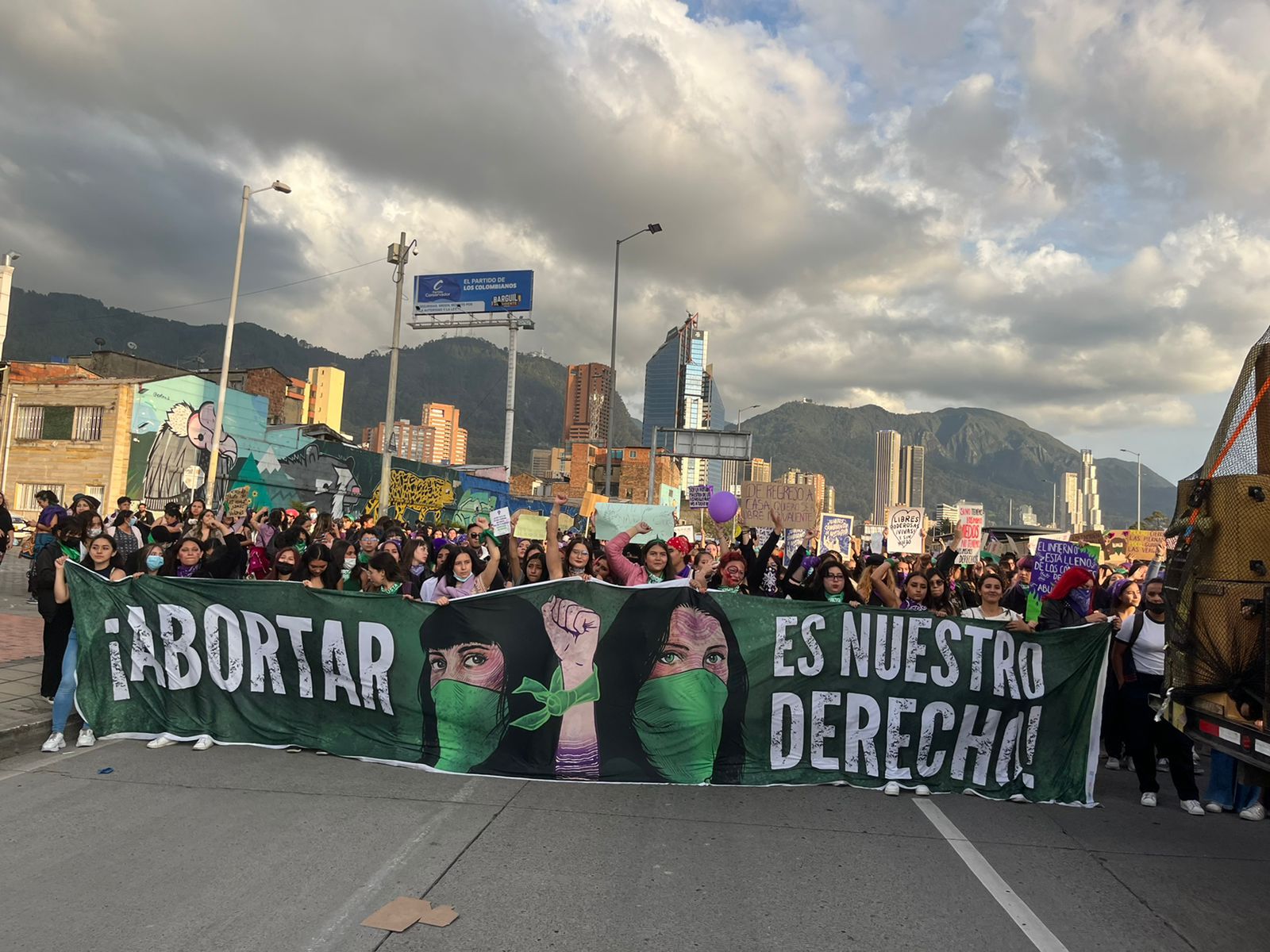 The Fundamental Right to Abortion in Colombia

Image description: Participants at a ‘pro-choice’ protest in the city centre during the decision of the Constitutional Court. | Photo credit: Viviana Bohórquez Monsalve

Colombia´s Constitutional Court recent Decision C-055 of 2022, which decriminalises abortion during the first 24 weeks of pregnancy, is historic for three main reasons. First, it upholds the constitutional promise of substantive equality for women: there is no substantive equality without reproductive autonomy.  Second, it consolidates the recognition of reproductive rights as fundamental rights in Colombia and, therefore, as a limit to criminal law. Finally, it encourages a dialogue with Congress by exhorting it to regulate access to integral reproductive services to protect women and pregnant people´s rights and dignity.

The 5-4 vote ruling was rendered in the context of a three year battle to overturn Decision C-355 of 2006 (as I explained here) which recognised access to abortion as a fundamental right with a “grounds system”. That is, a right to an abortion was guaranteed in cases when the pregnancy posed a threat to women’s life or health, on the basis of foetal malformations incompatible with life, and in cases of rape. The petition was filed by Causa Justa, a coalition composed of 90 organisations and 134 advocates, which garnered both broad support to eliminate the criminalisation of abortion and significant opposition. The decision was adopted aligning with a regional trend expanding the recognition of abortion rights, as recently in Argentina and Mexico.

The decision is divided into two parts. The first part tackled a procedural issue: was the Court legitimated to rule on a matter in which it had already adjudicated? In the Court’s view, three sets of conditions allowed the revision of constitutionality of the provision criminalising abortion outside the grounds. First, the Court held that there were four new arguments which had not been considered in Decision C-355 of 2006, which I explain below.  Second, it acknowledged a change in the material understanding of the Constitution as the right to health was consolidated as a fundamental right since 2008; the conditions in which abortion was legally accessed evidenced significant barriers; there were new international standards; and the standards on gender based violence had been further developed. Finally, it considered that there was a change in the legal context in which the criminal code section was inserted, as there was a new statutory law regulating the right to health; new international developments, as the ones from the UN CEDAW and CESCR Committees, that understood the decriminalisation of abortion as necessary to uphold reproductive rights and the right to health; the adoption of Law 1257 of 2008, which tackles sexual and reproductive health and structural changes in the health care system and criminal policy.

The second part addressed the substantive considerations. The Court held that the aim of the provision, protecting the value of life, was imperative. However, it considered criminalisation of abortion during all periods of pregnancy as disproportionate and unnecessary to achieve that aim. This is especially so given that such criminalisation affects ‘intensely’ the right to health and reproductive rights of pregnant women and pregnant persons. The Court also highlighted that  there are other less restrictive means which could be used. It further held that the criminalisation of abortion violated women’s, girls and pregnant people’s right to freedom of conscience. In assessing the use of criminal law measures to pursue a legitimate aim, it understood that women’s rights imposed limits on criminal law. Thus, criminal law could be used only as a last resort measure, while the criminalisation of abortion meant it was used as a primary measure. Additionally, the Court ruled that the criminal provision had a disparate impact on the most vulnerable women. However, the Court observed that completely removing criminalisation, especially when it sought to pursue an imperative aim, was unreasonable. This tension was resolved through adopting a balanced approach that allowed the criminalisation of abortion after 24 weeks of pregnancy, when the grounds system would still be in place. The time limit of 24-weeks was justified under an ‘autonomy’ criteria, as representing the stage at which a foetus can live autonomously outside a woman’s body. For the Court, the concept of “existence” was unhelpful to draw this line, as it is the most restrictive, it lacks a moral definition as to the moment in which life begins, and it ignores the accepted constitutional arguments.

On the 17th of February of 2022, Colombia commemorated 30 years of the installation of its Constitutional Court under the 1991 transformative Constitution, which beholds the promise of substantive equality for women. It has taken 30 years to be closer to that promise, but the recognition of women’s reproductive autonomy by striking down the criminalisation of abortion is definitely a step in making it a reality.