The Government’s Radical Theory of the Constitution 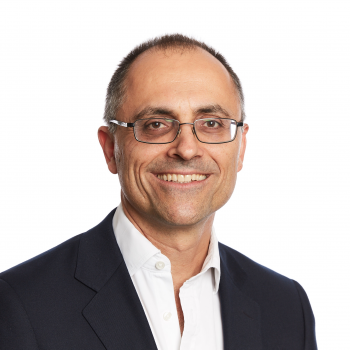 Professor Pavlos Eleftheriadis is professor of public law at the University of Oxford and a barrister at Francis Taylor Building.

In its response to the Independent Review of Administrative Law, the Government has set out a theory of the constitution that animates its case for reform and informs its position that the courts are illegitimately interfering with the powers of the Executive. It is not a conservative view. It is strikingly radical. The government’s position is, in effect, that parliamentary sovereignty was largely fixed by the Victorian constitution as described by Dicey. Parliament is unconditionally dominant and defines the rule of law as well as any other constitutional principle.

This view is set out briefly but clearly in chapter 2 of the Government’s Response entitled ‘The Constitution and Judicial Review’. At par. 22 it states: ‘The Acts of Judicature in the 1870s placed the courts on a statutory footing and combined the common law courts and courts of equity, thereby showing how Parliament could both define the jurisdiction of the courts and clarify the bounds of the Rule of Law’. At par. 25 it is adds that Parliament is ‘completely free’ to add or remove grounds of judicial review. At par 28 it concludes that the Government aims to ensure that the doctrine of the principle of legality is to be determined by politics, ‘with Parliament being the ultimate decision-maker as to how powers should be exercised’.

This theory is extraordinary in many respects. First, it is inevitably self-serving since if it is true, the government will find itself with enormous power to shape the country’s institutions. Second, it goes against the overwhelming consensus among constitutional lawyers in Europe and North America, where constitutional essentials are considered to be beyond the reach of simple political majorities. Third, and most importantly, this view flatly contradicts the current law.

It is worth spending some time on this point. The common law has moved on since Dicey. The United Kingdom courts have rejected the Victorian view time and time again. A unanimous Supreme Court said in 2019 that the United Kingdom ‘possesses a Constitution, established over the course of our history by common law, statutes, conventions and practice’ and that it ‘includes numerous principles of law, which are enforceable by the courts in the same way as other legal principles’. This means that the principles of the rule of law bind parliament just like just like any other ‘branch of government’ and the courts must ‘decide whether any exercise of power has transgressed those limits’ (Cherry/Miller (No 2) [2019] UKSC 41, [2020] AC 373, par. 39).

This was not a departure from precedent. The same principles informed, for example, the case concerning the ouster clause for the Investigatory Powers Tribunal (Privacy International [2019] UKSC 22) where Lord Carnwath explained that the courts had the responsibility to monitor if and how Parliament respects the ‘constitutional principle’ of the rule of law (par. 132). And the same idea was set out in detail in the complex case of the environmental assessment of the HS2 Rail project R (Buckinghamshire) v Secretary of State for Transport (HS2) [2014] UKSC 3; [2014] 1 WLR 324) where Lord Neuberger and Lord Mance (following John Laws’ innovative ideas about ‘constitutional statutes’) concluded that ‘the common law itself […] recognises certain principles as fundamental to the rule of law’ (par. 207).

A few years earlier, in R (Jackson) v Attorney General [2005] UKSC 56, [2006] 1 AC 262], Lord Steyn said that: ‘We do not in the United Kingdom have an uncontrolled constitution as the Attorney General implausibly asserts. […] The classic account given by Dicey of the doctrine of the supremacy of Parliament, pure and absolute as it was, can now be seen to be out of place in the modern United Kingdom’. These ideas were at least implicit in Factortame thirty years ago.

One should not need to remind anyone of these famous cases. Yet, such reminder is necessary, because the government claims, erroneously, that the Constitution is fixed in 1870. These cases show otherwise. There should be nothing surprising about this. The common law evolves as judges, scholars and legislators, each in their own way, work out the best principles for each set of facts, one case at a time. As Sir Matthew Hale said more than three hundred years ago: ‘the common law does determine what of those customs are good and reasonable, and what unreasonable and void’ (Matthew Hale, The History of the Common Law 4th ed. corrected by C Runnington (London: Strahan & Woodfall, 1779) 25).

The unwritten constitution is a living project of public deliberation, not an antiquarian discovery in ancient sources. And the current view is clear: the rule of law binds Parliament and not the other way round, for the sake of liberty for equal citizens. It may be that the government resents this principle. That may be so. But if it hopes to change it, its mission is not one of legal continuity but one of radical change.

United Kingdom, Conflict and Human Rights, Role of the Judiciary
On 18 March 2020, the UK Minister for Defence introduced into the UK Parliament his promised package of new ...