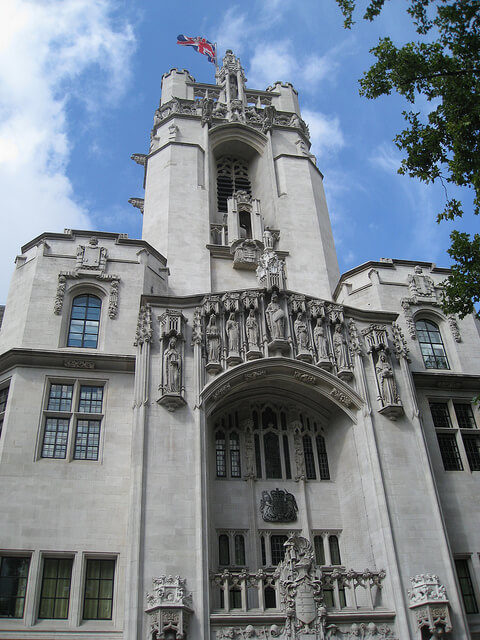 The UK Supreme Court concluded yesterday, by an 8–3 majority, that legislation is needed for Article 50 to be triggered. Image Credit: Tim Rawle via Flickr, used under a Creative Commons Licence available at https://creativecommons.org/licenses/by-nc/2.0/

The UK Supreme Court concluded yesterday, by an 8–3 majority, that legislation is needed for Article 50 to be triggered – for the UK to exit the European Union.  All eight judges in the majority contributed to the main judgment of the Court.

The majority finds, first, that prerogative action to trigger Article 50 would violate the Proclamations principle.  Rights in EU law “capable of being replicated in UK law” – rights to the benefit of employment protection, for example – would be lost in the event of Article 50 being triggered, the majority says at [69].

The majority explains two qualifications to the Proclamations principle in a crucial passage at [52]–[53]: two situations where prerogative action can have “legal consequences”.  Prerogative action can affect rights “where it is inherent in the prerogative power that its exercise will affect the legal rights and duties of others”, as with the power to decide on the terms of service of its servants.  And it can “change the facts to which the law applies” (a slightly odd formulation): it can change the status of people, and “actions which were previously lawful can become treasonable”.  These qualifications appear to be designed to meet the Government’s argument that the prerogative can be used to alter the law, and to offer an opinion on the ‘rights-affecting principle’.

These qualifications are the weakest part of the majority’s judgment. In particular, the notion that prerogative action can affect rights where a prerogative power “inherent[ly]” affects rights and duties is slippery, and has more than a hint of circularity about it.  It’s a neat statement for the purposes of this case, since the treaty-making power does not inherently affect rights as long as the UK maintains a dualist system, but rights can reasonably said to be affected by the triggering of Article 50 in this case.  It is not clear, though, how this qualification will apply to other prerogative powers, or how it is to be squared with the principle of legality, discussed further below.  At worst, it’s an exception to the Proclamations principle that could imperil rights protection, since it is arguably “inherent” in many prerogative powers that their exercise will affect rights.

The majority’s argument on the De Keyser principle is slightly more robust.

As well, the majority holds at [86] that where a fundamental constitutional change is effected by legislation, the usual De Keyser principle is modified, because of the principle of constitutional legality.  It is not just that prerogative power can be ousted expressly or by necessary implication; the prerogative power can only survive “if the express language of that statute unequivocally shows that the power was intended to be created”, as the majority says at [112].  Call this ‘the principle of De Keyser for constitutional cases’.

The majority finds that the 1972 European Communities Act is not sufficiently clear to effect such a fundamental change to the constitutional order and does not authorise the prerogative power to trigger Article 50.

There is a good basis in principle for this conclusion.  The conclusion runs into fewer difficulties than the argument on the Proclamations principle; the conclusion also does not rely on the argument based on Proclamations succeeding.  But it is worth noting that no precedent for these general statements of law are cited, and that the Supreme Court is moving into new territory with its development of the principle of constitutional legality, and the modified principle of De Keyser in constitutional cases.  (The Court was arguably forced into new territory because a standard application of the De Keyser principle would have favoured the Government here: prerogative power to trigger Article 50 was not ousted by the 1972 Act either expressly or by necessary implication.)

The majority judgment pays express tribute to the work of legal academics in this case at [11].  Legal academics could now do more to fortify the stronger, second strand of the majority’s judgment – by seeking out other supporting precedents, and supplying further normative reasoning to bolster the conclusion.