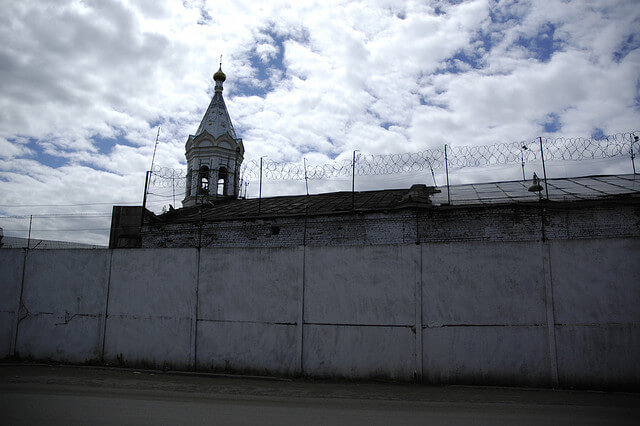 The Meaning of Life Imprisonment

Life imprisonment is a harsh sanction that is used in most countries in the world. Evidence from treaty bodies, such as the European Committee for the Prevention of Torture, suggests that in many countries life sentence prisoners are subject to special regimes that are so restrictive that they are inherently inhuman and degrading. Life sentence prisoners are automatically assumed to be particularly dangerous, and are often deprived of contact with the outside world, as well as from other prisoners, leaving them unprepared for release and for life after life imprisonment.

This point has been highlighted in a recent decision of the Grand Chamber of the European Court of Human Rights (ECtHR) in Khoroshenko v. Russia. The case concerned Andrey Khoroshenko who was convicted of murder and has been serving a life sentence since 1999 in a special-regime correctional colony for life sentence prisoners.

In Russia, all life sentence prisoners serve their sentences under a ‘strict regime’, separate from other convicts in cells holding no more than two persons. After serving at least ten years of their sentence, they may be transferred to an ‘ordinary regime’, where they receive a few more privileges. For the first decade of his life sentence, however, Mr Khoroshenko was allowed to receive no more than one visit from relatives, lasting no longer than four hours, every six months. He could communicate with his visitors only through a glass partition or through metal bars, without physical contact, while a prison guard listened to their conversations. Mr Khoroshenko maintained that due to those severe restrictions on visits he lost contact with some of his family members, including his son. Mr Khoroshenko challenged before the ECtHR the blanket ban on long-term visits for life sentence prisoners, which he endured from 1999 to 2009.

In reaching their decision, the Strasbourg Court considered the regulation of prison visits in other Council of Europe member States and observed considerable variation in practice. However, the majority of States surveyed (29 out of a total of 35) did not discriminate between prisoners sentenced to life and other prisoners, and in such countries a generally accepted minimum regarding the frequency of visits was no less than once a month. In addition, the Court referred to the recommendations of the Committee for the Prevention of Torture that long-term prison regimes “should seek to compensate for the desocialising effects of imprisonment in a positive and proactive way” (para 144). It highlighted several international instruments, such as the 2006 European Prison Rules, which emphasise that prison authorities should seek to rehabilitate and reintegrate all prisoners, including those serving life sentences.

The Court rejected the Russian Government’s retributivist argument that isolating prisoners should be the sole purpose of life imprisonment and underlined the failure of the Russian measures to give “due consideration to the principle of proportionality and to the need for rehabilitation and reintegration of life sentence prisoners” (para 148). The Court found that the very strict regime, with its complete ban on physical contact with visitors and with conversations being overheard by a prison guard at all times, had prevented Mr Khoroshenko from maintaining close bonds with his family. Although Russia had a margin of appreciation in deciding how to treat life sentence prisoners, the strict regime overstepped the mark. As a result, the Court unanimously found a violation of Mr Khoroshenko’s right to respect for his private and family life, as guaranteed by Article 8 of the European Convention on Human Rights.

The concurring opinion of Judges Pinto de Albuquerque and Turković further criticised the Russian regime as “inhuman” (para 13) and “illegitimate” (para 21), in that it ran counter to the principle of resocialisation as the primary purpose of imprisonment. The two judges called upon the States Parties to provide comprehensive individualised sentence plans for life sentence prisoners, and to bring legislation on visitation rights into line with international standards so that prisoners can serve their sentence in a constructive and rehabilitative manner, and prepare to lead a law-abiding life in the community.

At the European level, this case is one in a clear line of decisions that have strengthened the judicial protection of human rights for prisoners serving life sentences (see especially Vinter and Others v. the United Kingdom). By focusing on their treatment, it highlights disturbing aspects of life imprisonment that have rarely been raised in penological debate or judicial dispute previously, and yet clearly fall short of international standards and modern human rights principles. Indirectly, it also raises a key question that underpins the Leverhulme Trust funded research project Life Imprisonment Worldwide at the University of Nottingham: To what extent can life imprisonment be a fair and just punishment? There is no easy answer to this question, but applications by prisoners, such as Mr Khoroshenko, are clearly making it necessary to confront the serious civil rights and constitutional issues that are raised by the imposition and implementation of life imprisonment.