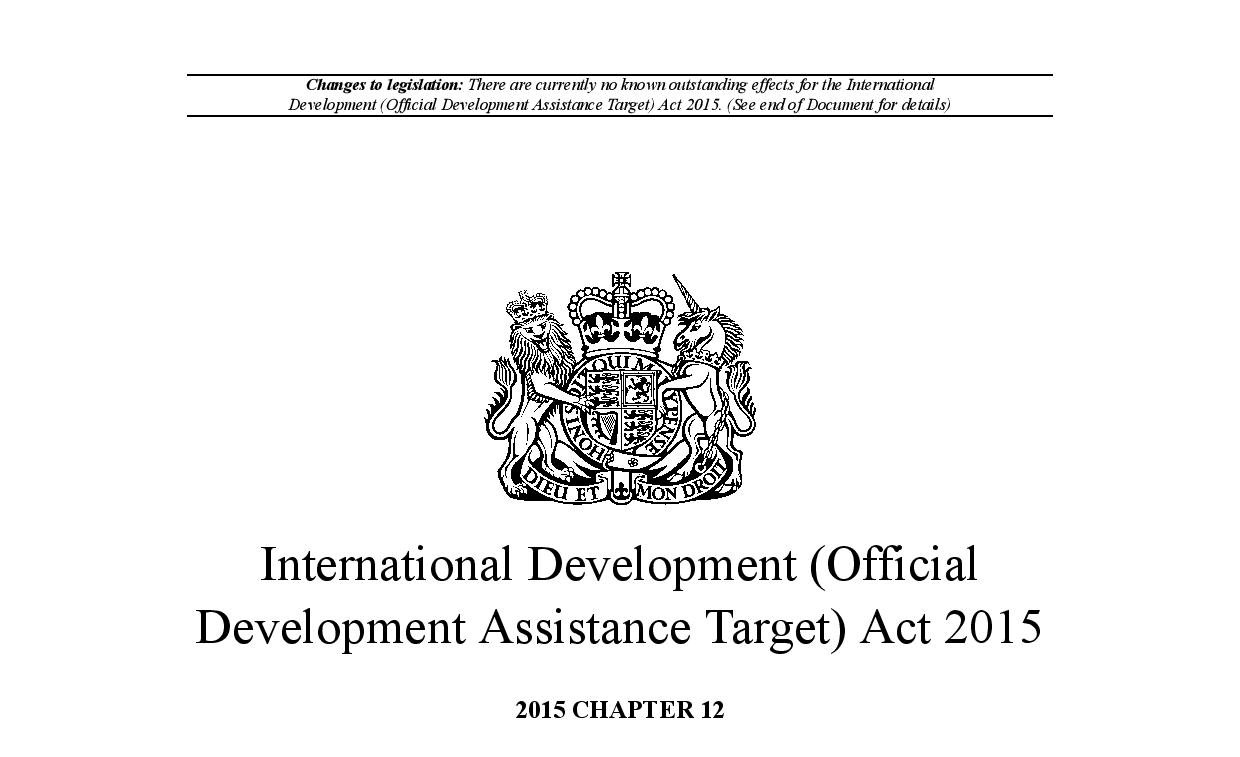 The Mirage of Accountability: Overseas Development Aid and the Law

The cutting of overseas development aid (ODA) from the globally recognised standard of 0.7 percent gross national income (GNI) to 0.5 percent GNI has made headline news and many are grappling with the negative consequences of the government’s decision. In the last few years, the ODA landscape has shifted. In 2020, the former Department for International Development was merged into the Foreign, Commonwealth and Development Office and the government announced that its new strategic framework for ODA would only focus on States with whom the UK’s ‘development, security and economic interests align’. It appears that ODA is being directed away from targeting global poverty and towards Britain securing its national interests. These recent changes have prompted questions about the role of law in bringing accountability to ODA.

This blog post canvasses the domestic legal architecture on ODA arguing that it offers little in the way of meaningful accountability and drawing on comparative and international examples indicates ways in which the legal framework could be strengthened.

Under the International Development Act 2002, the Minister must be ‘satisfied that the provision of the assistance is likely to contribute to a reduction in poverty’. The Minister must subjectively believe that the provision of ODA will reduce poverty. However, this is a broad goal and still leaves ample discretion to the Minister. McAuslan explains that the UK legislation essentially allows ‘the Minister the power to do what she wants, how she wants, when she wants.’ In theory, it is possible to judicially review the provision of ODA, but given that it is possible to argue any ODA project could reduce poverty, it seems unlikely that the court would find the allocation of ODA to be ultra vires the International Development Act. The grant of discretion is so broad that the designation of ODA is, in essence, ‘judge proof’ and no meaningful case has proceeded through the courts.

Notably absent is any requirement that ODA be consistent with international human rights standards or that ODA enhance the enjoyment of human rights in recipient States. Comparatively, the Canadian legislation, Official Development Assistance Accountability Act 2008, holds that ODA must not only contribute to poverty reduction, but also take into account the perspectives of the poor; and be consistent with international human rights standards. This is a much stronger formulation of the legal duty in respect to the allocation of aid.

The Overseas Development Aid Target Act 2015 (ODAT) requires the Minister to ensure that ‘the target for ODA to amount to 0.7% gross national income is met.’ The courts are specifically ousted from reviewing any failure to meet the 0.7 percent GNI target in ODAT and the method of accountability is the submission of annual reports to Parliament justifying the failure to meet the legal target. Accountability for funding of ODA is thus more in the political realm and there are few, if any, meaningful legal sanctions for failing to meet ODA commitments enshrined in the ODAT.

At the international level, there is a modicum of accountability for levels of ODA spending. The Sustainable Development Goals (SDGs) require:

The UN Committee on Economic, Social and Cultural Rights is holding that the duty of cooperation and assistance in Article 2(1) of the International Covenant on Economic, Social and Cultural Right requires the provision of ODA. CESCR has expressed concern when ODA levels dip below 0.7 percent GNI and it recommends that States ‘accelerate the increase of its [ODA], with a view to achieving the international commitment of 0.7 percent of its gross national income.’ Although it is encouraging that the international human rights system is turning towards a human rights-based approach to ODA commitments, the SDG s and treaty body recommendations suffer from weak enforcement are often dismissed and ignored by domestic actors.

The legal architecture of ODA purports to provide accountability but this accountability is a mirage. Comparative and international examples point towards adopting a human rights-based approach that can embed in ODA the norms of equality, participation, transparency and accountability and ensure that ODA is targeted to eradicating global inequalities.