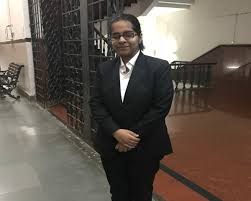 About Anchal Bhatheja and Prannv Dhawan

Anchal Bhatheja and Prannv Dhawan are students at NLSIU Bangaluru, and judicial interns at the Supreme Court of India.

On 11 February 2021, a three-judge bench of the Supreme Court of India rendered a significant judgment in the case of Vikash Kumar v Union Public Service Commission. The judgment constitutionally fortifies the right to reasonable accommodation for persons with disabilities.  This blog seeks to discuss the significance of this decision, and trace the jurisprudential gaps that this particular judgement has filled.

Briefly, the petitioner in the case, a candidate for the public services examination 2018, had sought the assistance of a scribe during the exam, to overcome the barrier created by his physical condition. The civil services examination notification only provided for such accommodation to be made available to persons with blindness, locomotor disorder and cerebral palsy (‘benchmark disability’). The petitioner was denied reasonable accommodation by citing these rules. Aggrieved by the order of the Central Administrative Tribunal, which was also affirmed by the High Court, the petitioner approached the Supreme Court. The Court appraised the Rights of Persons with Disabilities Act 2016 (2016 Act) and analysed the restrictive conditions under the exam rules and the notification issued by the Union Public Services Commission. The Court juxtaposed these rules with the policy guidelines issued under the purview of 2016 Act for conduct of examination. In para 31, the Court criticised this administrative denial of ‘the rights and entitlements recognized for persons with disabilities on the ground that they do not fulfil a benchmark disability’ as ‘plainly ultra vires’ the 2016 Act.

Reasonable Accommodation as a ‘Right’

The Supreme Court held in para 49 that non-implementation of reasonable accommodation would tantamount to discrimination. The court also analyzed various provisions of the RPWD act to highlight to sanctity of the right to reasonable accommodation.  Section 3 provides that no person can be discriminated on the grounds of disability, unless the impugned act is to achieve a legitimate aim. Section 3 (4) further declares that a PWD cannot be deprived of their personal liberty only on the grounds of disability. Further, section 20 obligates the government establishments to not only treat the PWDs at par with their able bodied counter-parts in matters relating to employment, it also places a positive obligation on them to provide for reasonable accommodation appropriate barrier free environment.

It went on to highlight that sections 3 and 20 of the 2016 Act statutorily obligated the state to ensure non-discrimination and dignified treatment of persons with disability. In para 33, it noted that “section 3 is an affirmative declaration of the intent of the legislature that the fundamental postulate of equality and non-discrimination is made available to persons with disabilities without constraining it with the notion of a benchmark disability.” It referred to reasonable accommodation (defined in section 2(y)) as the ‘substantive equality enabler’. It explained that the denial of reasonable accommodation would tantamount to discrimination within the meaning of section 2 (h) of the Act.

It rooted all these statutory provisions in article 14, 15, 19 and 21. In paragraph 32, it was observed that even though PWDs, as a class was not explicitly mentioned in part 3 of the constitution, yet the golden triangle of article 14, 19 and 21 applied to them with full force and vigor.  Broadly, it acknowledged that the enactment of the RPWD act was the realization of the constitutional promise of equality to the PWDs.

An Application of the Right to Reasonable Accommodation:

The Court also criticized the reasoning in a 2019 judgment rendered by a two-judge bench of the Supreme Court, in V. Surendra Mohan v State of Tamil Nadu. In that case, a person with 70% visual impairment was denied the position of a civil judge. The Supreme Court criticized that judgment’s failure to account for the right to reasonable accommodation, as per which the petitioner was entitled to “necessary and appropriate modification and adjustments” so that they could perform at par with their able-bodied counterparts. The Court declared that the precedent stood on a ‘legally vulnerable footing’ and would not be a binding precedent.

Also listen to our new feature RightsUp Pops and Jayna Kothari (Centre for Law and Policy Research) give an analysis of the decision!