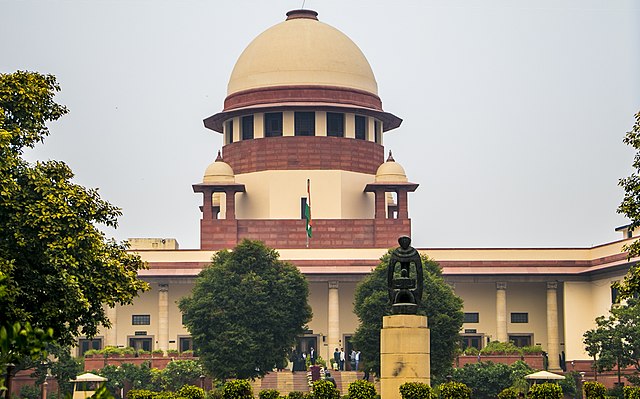 In an earlier post on this blog, I had demonstrated the exclusionary effect of an ableist interpretation of law. I had argued that the judgment of the Supreme Court of India in V Surendra Mohan v State of Tamil Nadu, rendering a person having less than 50% sight ineligible for appointment as a judge in lower courts, was fatally flawed. I had demonstrated that while delivering that judgment, the Supreme Court had not only failed to notice the impact of ratification of UN Convention on Rights of Persons with Disabilities (‘UNCRPD’) on Indian legal order, but had also completely overlooked the angle of reasonable accommodation while closing the doors of lower courts on eligible blind candidates. Recently, the Supreme Court had an opportunity to take another look at that judgment.

Hon’ble Justice D.Y. Chandrachud seized the occasion in Vikash Kumar v UPSC. Breaking new ground for the interpretation of conception of equality and echoing Michael Walzer’s notion of complex equality, Justice Chandrachud very rightly cautioned against the adoption of one size fits all approach and called on the Union government to observe the individualised duty to provide reasonable accommodation to persons with disability (‘PWD’). Articulating the notion of reasonable accommodation in the context of equality, Justice Chandrachud observed:

Through this observation, Justice Chandrachud amplified the significant point that only in an ableist environment is the interaction with people with disabilities perceived as an ‘avoidable complication’. Such an environment is, by default, exclusionary, and does not even take cognizance of diversity, leave alone demonstrating any sensitivity to the special needs of a particular individual. Through this pronouncement, Justice Chandrachud has categorically conveyed the legal message to policy makers to regard reasonable accommodation as one of the inbuilt elements of inclusive equality. Again to allude to the learned judge:

Using this analysis, Justice Chandrachud demonstrated how the Rights of Persons with Disabilities Act 2016 (‘RWPD Act’) has moved away from the medical model to the social model of disability. For the same, he highlighted the definition of ‘barrier’ in the RWPD Act. He held that the expression benchmark disability deployed by the Parliament to confer certain special benefits to a group of severely disabled persons should not have been unduly expanded to collapse into the notion of ‘person with disability’ which is a broad expression taken from the UNCRPD (a person with disability means a person with long-term, physical, mental, intellectual and sensory impairment, which hinders their full and effective participation in society). The same led him to hold that the assistance of a scribe, being a kind of accommodative mechanism, ought to be available to every person with disability irrespective of whether he or she is a person with benchmark disability. In other words, he challenged the notion of an autonomous human being, emphasising that every person, due to certain disabilities, may require support; and, to avail support, it is not imperative that his or her disability be severe. Accordingly, he directed the Government of India to roll out a policy for availing scribes by PWDs and also emphasised the importance of participation of PWDs during the process of formulation of the same. This judgment, in my opinion, is not to be misunderstood as a pronouncement confined to the realm of disability rights. It will also go a long way in promoting and upholding what Prof Sandra Fredman characterises as a multi-dimensional conception of equality.

This judgment has set a very progressive tone for the interpretation of RPWD Act from the perspective of a social and human rights model of disability.

Has there been a Slip Between Cup and Lip?: Vikash Kumar v UPSC

India, Disability, Right to Equality and Non-Discrimination
Image description: The picture of a ramp outside a building as a form of reasonable accommodation.  Before ...

India, Disability, Right to Equality and Non-Discrimination
On 11 February 2021, a three-judge bench of the Supreme Court of India rendered a significant judgment in the case ...