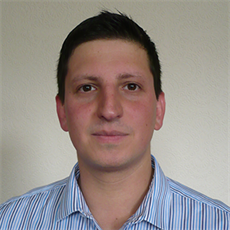 Damian is a Senior Lecturer in Law, specialising in International Law and Human Rights. He is the author of Sexuality and Transsexuality under the European Convention on Human Rights (Hart 2019) and the co-editor of Research Methods for International Human Rights Law (Routledge 2019).

With its judgment in the Elan-Cane case, the UK Supreme Court lost an invaluable opportunity to ease one of the many components of the regulatory network that sustain the UK’s binary-only gender policy. Elan-Cane’s ordeal to obtain recognition of non-gendered identity in passports came to the end of its domestic journey, although will continue in Strasbourg. While other States, from India to Germany and from Belgium to Argentina, have engaged in substantial legal debates regarding the recognition of non-binary gender identities, the scope of the discussion in the UK was much more limited, merely concerned with the possibility of acknowledging non-binary identities within passports; an option contemplated by the International Civil Aviation Organization and adopted by a dozen of countries. Elan-Cane’s claim had been rejected by the lower courts in 2018 and 2020, with these judgments affirming that the legal recognition of a gender beyond the male/female binary was a topic that remained within the State’s ambit of discretion; meaning that the binary-only gender policy embraced by Her Majesty’s Passport Office was lawful. While an incipient protection of non-binary identities can be found in the rulings of other domestic courts, the Supreme Court decided not to extend this recognition further.

Phrased as two points, the main question the Supreme Court set to answer was whether the protection of human rights imposed upon the State the obligation to issue passports with a non-gendered marker to ensure respect for individuals who identify beyond the male/female binary. The Court answered the question in the negative, in an outcome that would shock no one who had read the judgment’s first three paragraphs. Setting the tone of the judgment, these paragraphs manifested a commitment to the use neutral terms, and without the slightest hint of irony proceeded to describe ‘sex’ as a binary and immutable characteristic and to affirm, as part of the factual background, that the appellant was born female.

In a judgment that included the examination of the appellant’s physical appearance, allowing the Court to opine that, fortunately, there was no obvious discrepancy between outward aspect and the imposed gender marker, the hurdle posed by three arguments presented by the State to justify retaining its binary-only gender policy proved to be insurmountable. First, the public interest in security; an argument historically used to oppose amending the gender marker of trans individuals was revived to object to the recognition of non-gendered identities. Second, the cost to the taxpayers of the amendment of the system to allow for ‘gender X’ passports, estimated in £2,000,000 (roughly, the 0.00007% of the UK’s GDP). Third, the challenge it would pose to the coherence of the legal system. The latter, considered the strongest argument by the Court, meant that acknowledging a non-gendered identity in passports would be incoherent with the rest of the legal system, where non-binary identities remain ignored; hence, refusing completely to recognise non-binary identities would be preferable. Weighting these arguments against the right of the appellant to obtain recognition of per non-gendered identity, the Court asserted that it agreed with the lower courts in that the right was outweighed by the public interests at stake.

Moreover, the Court affirmed that a decision to the contrary would go well beyond the current case-law of the European Court, and it considered that domestic courts should not ventured further than they can be confident that the European Court would go. While the first assertion is correct, it seems counterintuitive to limit the protection of rights in the domestic sphere to the minimum standard that Strasbourg had offered. The whole idea of the International Law of Human Rights is predicated in reaching at the international level a minimum standard of protection of rights that States can agree upon. It certainly does not intend to be a maximum, not to be exceeded by domestic courts that recognise the need to protect human rights to a greater extent. Nevertheless, the Supreme Court concluded that the UK was under no obligation to recognise non-binary identities in its passports. It will now be up to the European Court of Human Rights to decide whether it agrees with that assessment.

United Kingdom, Gender, Right to Equality and Non-Discrimination
In the United Kingdom (UK), the House of Commons Select Committee on Women and Equalities is currently undertaking ...