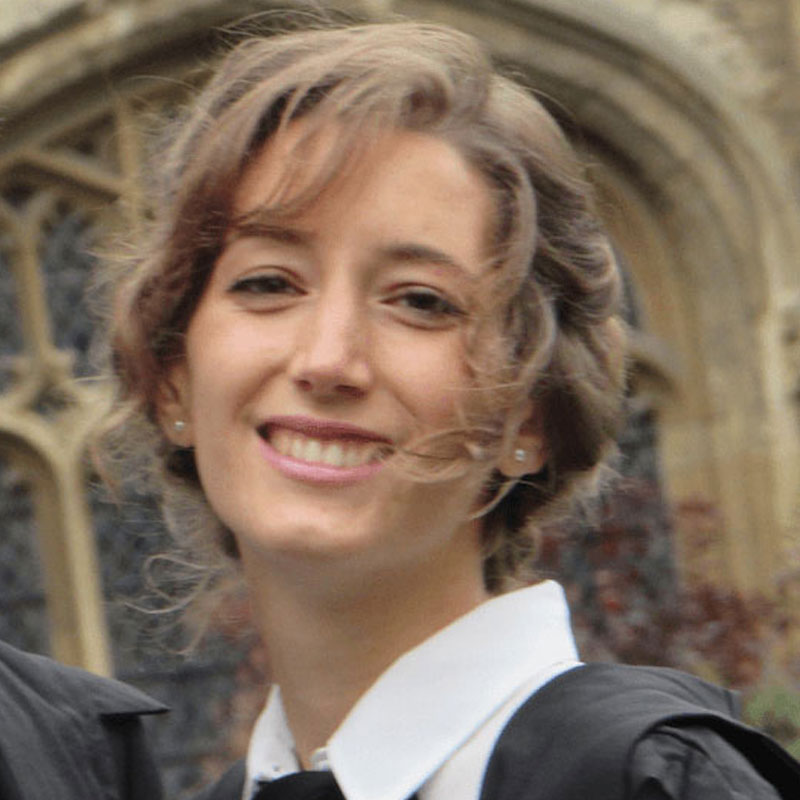 Elena Butti is a DPhil candidate at the Centre for Socio-Legal Studies of the University of Oxford. Her research investigates the experiences of conflict-affected children in the transitional justice and peacebuilding process in Colombia. She is currently undertaking long-term fieldwork in the country, where she occasionally acts as a visiting lecturer on transitional justice at the Law Faculties of the National University and the Rosario University. In Colombia, she is also collaborating with the International Center for Transitional Justice (ICTJ) and the United Nations Children’s Fund (Unicef). Her research interests revolve around international crimes, transitional justice, peacebuilding, victims’ and children’s rights, methods and ethics in research with children and in high-risk settings.

Editor’s note: To celebrate National Pro Bono Week, the OxHRH Blog is showcasing the experiences and insights of several of the Oxford Pro Bono Publico internship award recipients. The first in this series comes from Elena Butti, the inaugural recipient of the Samuel Pisar Travelling Fellowship in Human Rights.* She has used her fellowship to undertake an internship at the International Center for Transitional Justice (ICTJ), in Bogotá, Colombia, working in the reparations section conducting research on the complex reparations process in Colombia, focusing on the rights of children.

Colombia seems as if it is about to put an end to the longest conflict of the Western hemisphere. According to President Santos, a final agreement between the government and the largest guerrilla group (FARC) will be signed by 23rd March 2016. The peace seems just a few steps away and its rhetoric fills the air in the crowded capital Bogotá, where I am working as an intern for the International Center for Transitional Justice (ICTJ).

Unlike most other transitional processes, the Colombian Government has not waited for this crucial signature in order to tackle the issue of reparations for the seven million victims of the internal armed conflict. In 2011, the historic Victims’ Law (Law 1448 of 2011) (“the Law”) established a comprehensive reparations programme. Fully in line with the 2005 UN Basic Principles, this programme includes the five ‘classic’ dimensions of reparation (compensation, restitution, rehabilitation, satisfaction and guarantees for non-repetition) and foresees differentiated policies for vulnerable groups like women, children and ethnic minorities. The government is now attempting to implement the programme in the midst of the armed conflict and under huge political pressure.

As an intern for the ICTJ, I research the implementation of programmes for children who have been highly affected by the conflict and constitute more than 30% of the total number of victims. I review laws and official documents and interview public officials in charge of the implementation, as well as NGO members working in direct contact with the children who (should) benefit from these programmes. What emerges is a striking divide between law and reality, which leads to questions regarding the usefulness of a beautifully crafted normative apparatus that is not backed up by solid political commitment and funding.

Children’s rights are, of course, a ‘sexy’ topic, no less in Colombia than in the rest of the world. The Victims’ Law itself devotes an entire section to their rights, referring, through the national child protection law, to the core principles of best interest of the child and primacy of children’s rights. The real impact of this normative framework on the lives of children affected by the conflict in Colombia is, however, significantly limited. This is not only because of the intrinsic difficulties of implementing an ambitious reparations programme in the midst of an armed conflict, like inter-institutional coordination and implementation of national policies at the local level. Specific factors have resulted in reparation programmes for child victims that are primordial, and in some dimensions inexistent, even now, four years since the Law was introduced.

First, children lack significant political influence: they do not vote. Children’s rights organisations are composed by adults and do not have the effective coordination that characterises, for example, the women’s rights movement. As a result, the funding allocated to the establishment of the trust funds for child victims is inadequate to address the extent of the issues children face within the ten-year term of the Law. Rehabilitative measures still lack specific individualised attention to child victims, and only in a handful of cases do the collective reparations programmes include a consideration of the specific needs of children .

Secondly, despite the rights-based rhetoric that surrounds policies for children, concrete implementation is assigned to the National Institute for Family Welfare or outsourced to religious organisations. These are entities with a traditionally ‘assistentialist’ outlook (one that gives assistance without transformation) and often fail to embrace the new paradigm that views children as subjects of rights, rather than as passive objects of assistance.

It is important to recognise that what the Law attempts to do – repairing the lives of seven million victims in the midst of the conflict, while also upholding international standards and designing specific policies for each vulnerable group – is extremely ambitious and unprecedented. However, Colombia has a long-standing tendency to draft extremely complex laws that are not backed up by a solid institutional and financial capacity. In the case of childhood, real impact is often prejudiced further by poor funding and lack of prioritization. This often leads to one-off initiatives that tick a box but fail to make a real impact in these children’s lives.

Many of these children’s lives have been marked by violence and the absence of a stable, democratic State. For them, the conflict is not a one-time event that resulted in their victimisation but rather a daily reality they have learned to cope with. Consequently, single instance interventions are unlikely to be fully understood by, and make a difference to, these children, thereby failing to achieve the ‘transformative’ effect promised by the Law. In this context, the pervasive rhetoric of children’s rights can be detrimental; it promises a beautiful reality that is not delivered. This risks deepening a lack of trust between victims and the State that still characterises Colombia, less than half a year from the supposed signature of a peace agreement.

*The Samuel Pisar Travelling Fellowship in Human Rights funds graduate students studying law to work on summer projects in developing countries, and has been made possible by a generous gift from Peter Baldwin and Lisbet Rausing. It is administered annually by Oxford Pro Bono Publico as part of its wider internship programme. If your organisation would benefit from hosting an intern from the University of Oxford, or you are an individual or organisation wishing to make a donation to OPBP, please click here to find out more about the OPBP Internship Programme or for details on how to support OPBP’s work.

Colombia, Children's Rights, Conflict and Human Rights
Colombia is at a critical transitional moment. Today, Colombians will be called to vote on whether they support ...