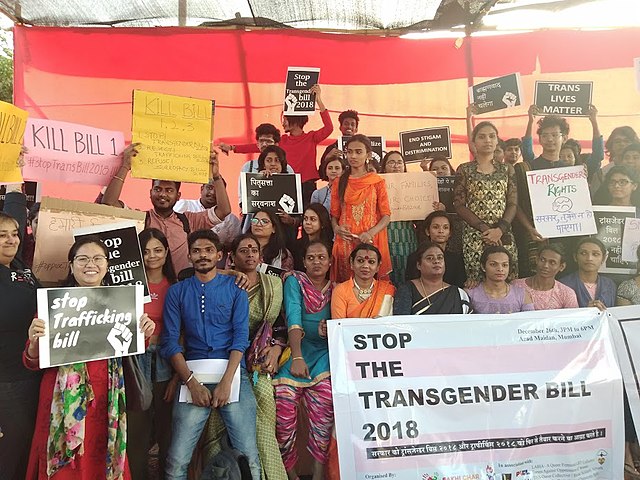 Welfare as a Human Right: An Intersectional Approach to Trans Rights in India 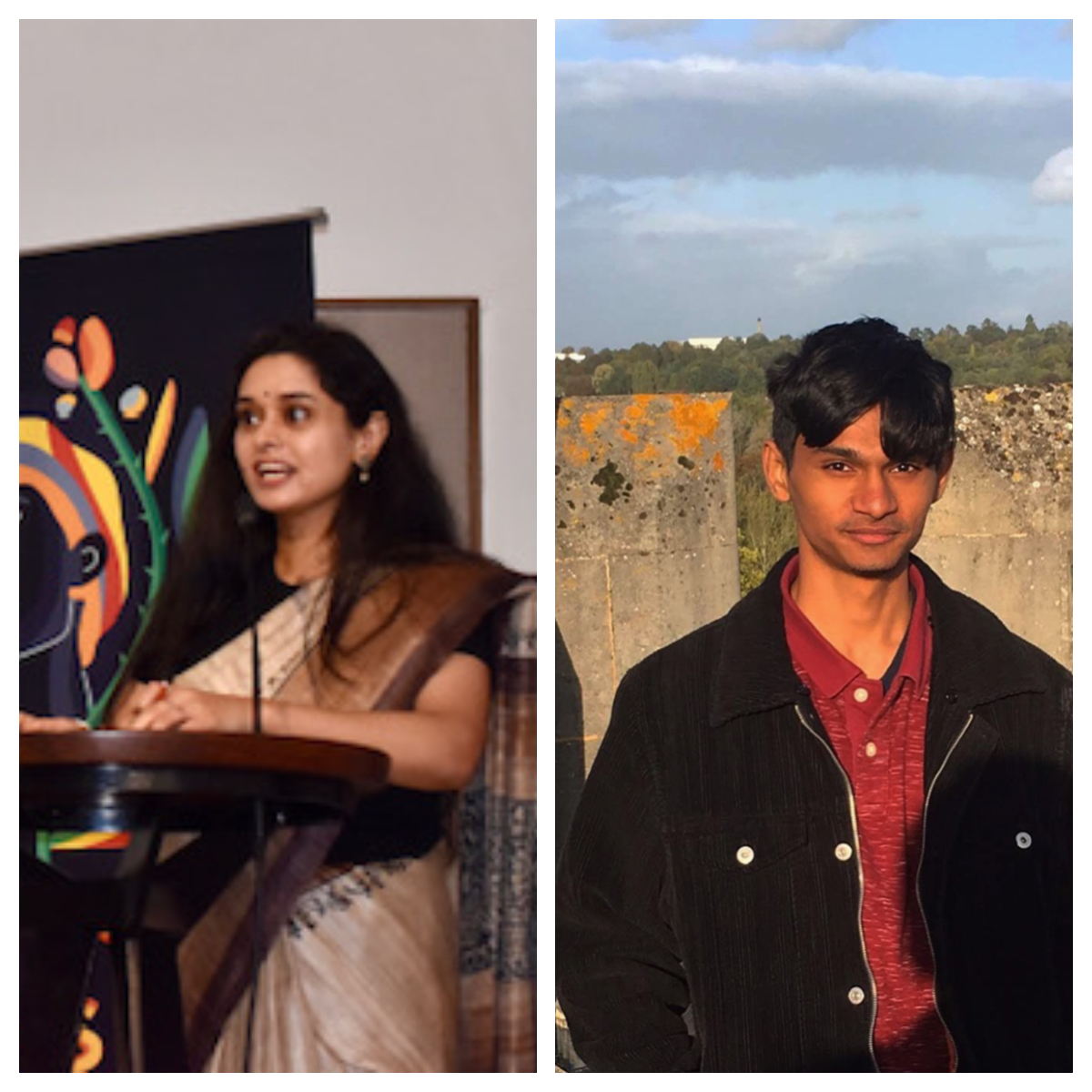 About Mansi Singh and Mihir Rajamane

Mansi is a Research Associate with the Centre for Law and Policy Research in Bangalore. Her areas of interest are sexuality, gender rights with a focus on transgender rights, and the sociality of exclusion. Mihir is currently pursuing a degree in BA (Jurisprudence) from the University of Oxford. He is interested in law and public policy, and their role in providing material benefit to people

Image description: Protesters protesting the Transgender Bill in India in 2018.

Judicial intervention has given the impetus for Indian queer politics to articulate its civil and political demands. However, there has been a glaring lack of an intersectional perspective that considers marginalised transgender persons and their welfare. The COVID-19 pandemic has demonstrated that the need is greater than ever before to expand the campaign for LGBTQ+ rights and situate welfare within its framework.

In India, LGBTQ+ identities have always been implicated in social and economic hierarchies. For instance, indigenous gender minorities, such as the hijra and jogappa, face a reality of social and economic marginalisation. The situation is more dire for queer identities that intersect with oppressed castes, disability or non-urban locations. It results in exclusion from social spaces and restricts their livelihood to exploitative forms of labour like sex work and begging.

This was particularly salient during the COVID-19 pandemic, when the freeze on economic activity led to increased precarity, particularly for those without jobs in the formal economy. State assistance was announced for the general public but it failed to accommodate transgender and intersex persons, as they do not always possess state-issued identity cards that acknowledge their gender identities and expressions. As a result, many were unable to access ration, medicines and cash assistance. Moreover, the policies did not consider needs particular to the trans and intersex community, such as loss of income, access to medicines, hormone therapies and HIV medication, increased harassment and stigmatisation, and eviction from their homes. The executive action clearly failed to implement section 8(3) of the regressive Transgender Persons (Protection of Rights) Act, 2019 (Trans Act) which dictates that the government shall “formulate welfare schemes and programmes which are transgender sensitive”.

Possibly for the same reason, transgender and other LGBTQ+ persons have found the litigative approach to be more successful in securing welfare. This approach stems from the promising judicial developments where the Indian Supreme Court recognised the rights of transgender persons and decriminalised ‘same-sex’ intercourse. Both judgments relied on an expansive reading of the concepts of equality and anti-discrimination (Articles 14 and 15), freedom of expression (Article 19), and the right to dignity and autonomy (Article 21) in Indian constitutional law. The Court recognised the failings of the State during the pandemic in the legal representations filed by trans groups in 5 State High Courts (Karnataka, Kerala, Telangana, Tamil Nadu, Manipur). It rebuked the State for not providing the option for “third gender” in the registration form for ration cards, and ordered the State to reserve COVID wards for transgender persons to prevent harassment and identify vulnerable transgender persons in need of shelter.

In order for Indian constitutional law to accommodate welfare in its analysis of LGBTQ+ rights, it must acknowledge the close intersections between queer identities and identities of caste, disability and class. It must see welfare not as a service, but a right that follows from the concept of the right to life and dignity under Article 21 of the Indian Constitution, whose scope has expanded over the years to include the fundamental rights to shelter, health, food and education. The Yogyakarta Principles (applied within Indian law by the Supreme Court) have also recognised rights such as the right to education, health and protection from poverty for LGBTQ+ persons as positive obligations under international law. This kind of constitutional analysis will be necessary when considering issues such as policies for affirmative action for  transgender persons and the challenges to the Trans Act.

As the pandemic has shown, the civil rights campaign needs to focus first and foremost on conversations on welfare for marginalised groups. A State High Court has recently ordered the expansion of short-stay homes for transgender persons to accommodate all LGBTQ+ persons, and welfare provisions for the community are being drafted in multiple states. These frontiers of LGBTQ+ liberation will not just ensure a holistic approach to human rights, but also build on coalitions with other communities to create a universalist framework.