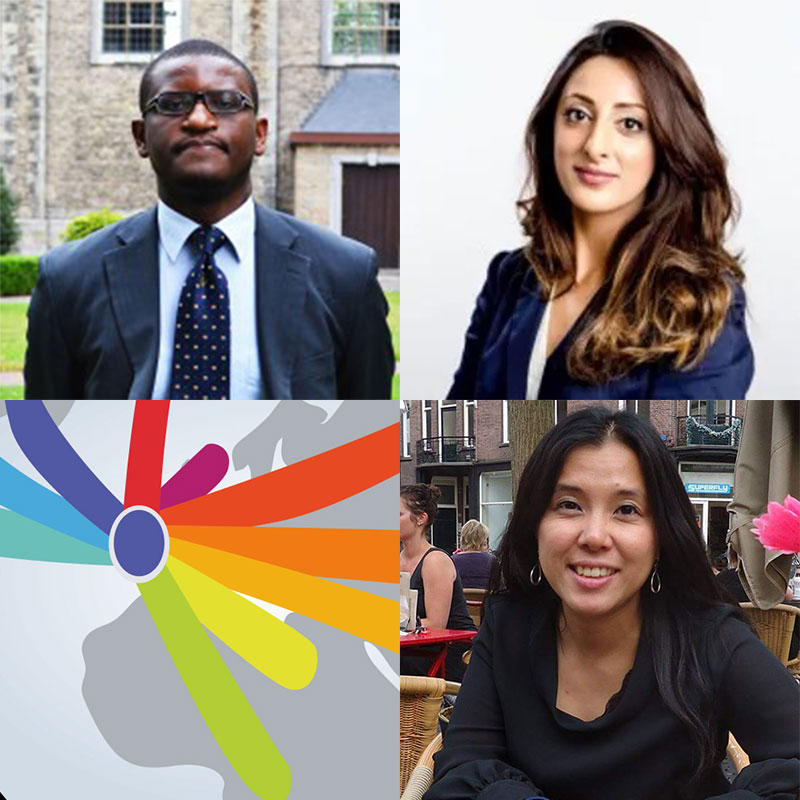 Stephen Kingah works at the UN University (CRIS), Khadija Leuenberger is a Barrister, Caylan Ford, Masayo Ogawa and Pallavi Sharma are Master’s students in International Human Rights Law at the University of Oxford. The views expressed in this piece do not represent those of the entities for which the authors work or worked. The authors are grateful for the insights from Professor Colin Harvey of Queen’s University Belfast.

On 19 September 2016, world leaders gathered at the UN Summit for Refugees and Migrants . This historical Summit was set against the backdrop of a select few countries bearing most of the responsibility for hosting refugees, putting the issue of a more equitable and sustainable approach to responding to refugees centre stage. During the Summit, the New York Declaration for Refugees and Migrants was adopted. The declaration reaffirms respect for human rights of refugees and adherence to international refugee laws. It is expected that this will be a cornerstone for the adoption of the Global Compact on Responsibility-Sharing for Refugees in 2018, which is anchored in notions of self-reliance, support for host countries and above all a commitment to combat xenophobia.

As a rudder to guide multilateral efforts to strengthen a global responsibility-sharing system for refugees, we advocate in this short post that stakeholders could benefit from five principles characterised by a clear sense of partnership and equitable responsibility-sharing, namely participation, accountability, coherence, transparency and solidarity (PACTS).

In ensuring meaningful participation, it is worth considering how regional formations can be used as players and layers in negotiating collective actions for refugee protection. While the current responsibility-sharing system is often state-centric, participation of a wider range of stakeholders, including civil society and the private sector, would prove effective for comprehensive responses to massive refugee movements. Meaningful participation would also entail ways of active involvement of refugees themselves in shaping their own future.

There are two aspects to accountability, each with a sharper focus on standards and enforcement. First, there is a need to establish common standards in the form of principles and criteria by which state responsibility may be assessed. To clearly define the allocation of refugee protection responsibilities, criteria can be set based on national GDP, population size, territory size and physical dispersal. Second, enforcement mechansims ought to be devised that incorporate effective monitoring in order to ensure compliance. For a more forcible way of holding states accountable, one option could include establishing an administrative body such as a ‘Global Asylum Authority’ that deals with state non-compliance.

In the interest of ensuring coherence in transnational refugee movements, consideration should be given to homogenising the framework for refugee rights. The 1951 Convention attempts to demarcate the minimum standards of human rights for refugees, but the recent population movements cast doubts to the effectiveness of this Convention. Regarding policies, baseline policy frameworks identifying the methods of refugee status determination, temporary protection measures, a broad framework for ensuring rights of refugees and facilitating durable solutions should be developed with a sense of commonality of purpose to achieve a fairer system. It is also critical to ensure that policies geared at refugee protection are not at cross-purposes with policies in other areas, including human trafficking measures.

In improving transparency in an area often marked by the manipulation of populist sentiments, it will be useful to have a Refugee Protection Index (RPI) administered by UNHCR for naming and shaming countries that fail to meet key indicators on qualification, reception and procedural standards for refugee protection. Through this initiative, UNHCR could also praise refugee protection champion states. It is also equally important that citizens of both host and sending countries participate in public discussions before the adoption of re-admission agreements such as the recent EU-Turkey ‘deal’.

In the spirit of solidarity, it is imperative that a system be agreed upon where the international community shares the responsibility equitably. A quota system allocating minimum number of refugees to be welcomed by each state may be instrumental in achieving this. It should be also noted that an equitable system might not be necessarily one where all refugees are hosted proportionally around the world. A country in close geographic proximity to the source of a refugee crisis might host more than a far country. In such an event, countries with less numbers of refugees accommodated can contribute financially or provide other assistance to receiving countries.

The UN Summit has provided a rare opportunity to engineer an equitable system both for refugees and the international community. Such a system must have partnership as its leitmotif that can be fueled through greater levels of participation, accountability, coherence, transparency and solidarity.

United Nations, Immigration and Asylum
The UN Summit for Refugees and Migrants met in New York on 19 September 2016. There were heightened expectations ...