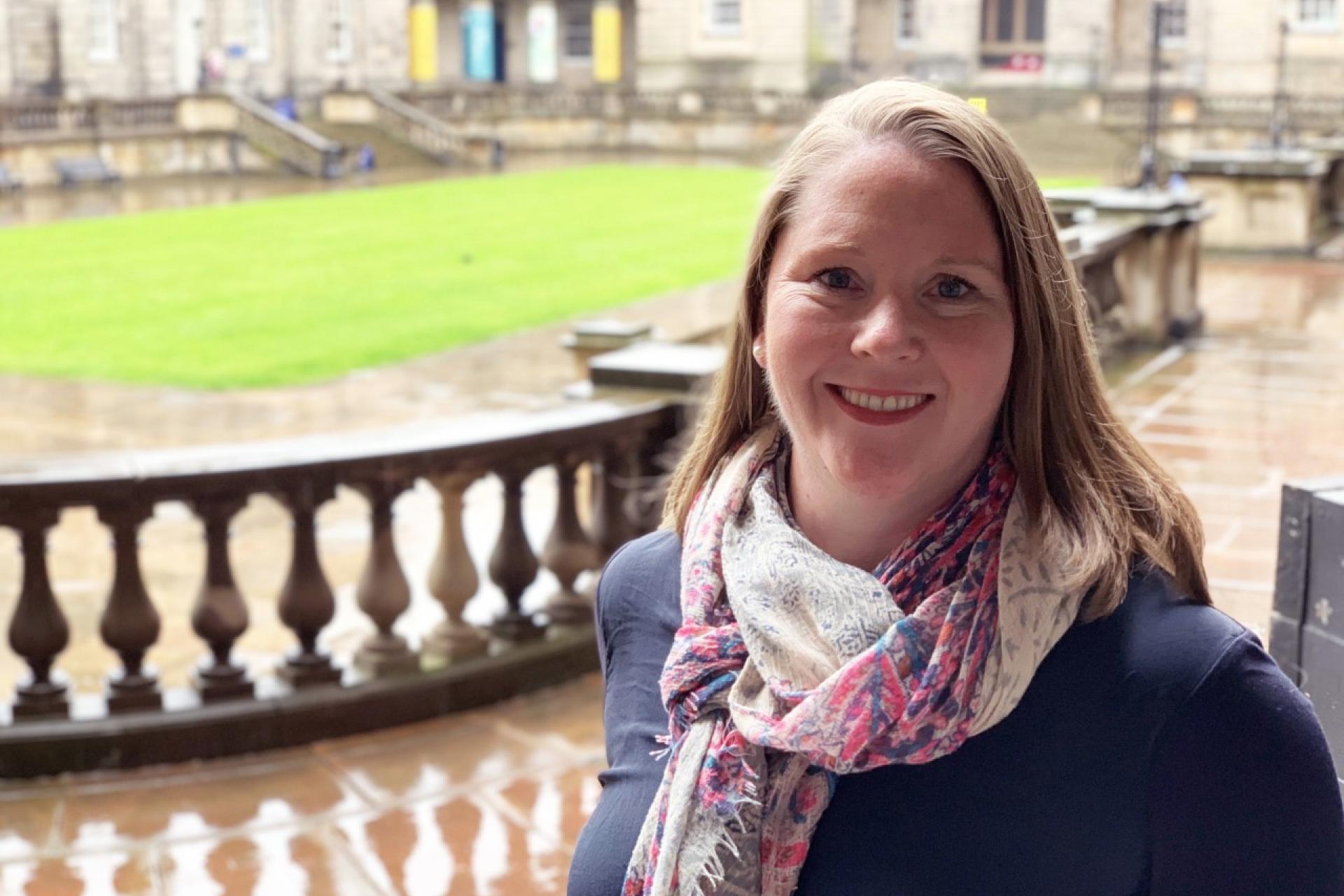 Dr McCall-Smith is a lecturer in Public International Law and Programme Director for the LLM in Human Rights. She is a US qualified lawyer where she practiced for several years before moving to academia. She holds a BA in Architectural Studies (1998) and Juris Doctor (2001) from the University of Arkansas. Dr McCall-Smith was awarded an LLM (2002) and a PhD (2012) by the University of Edinburgh. She joined the Law School on a permanent basis in 2014. Her research interests include: the law of treaties; treaty implementation and interpretation in national legal systems; the role of treaty bodies in developing human rights law; and the link between customary and treaty law. She is also interested in the connections between public-private law governance of supply chains, particularly in the role of preventing modern slavery.

The United Nations Convention on the Rights of the Child (Incorporation) (Scotland) Bill (UNCRC Bill) passed through Scottish Parliament by a unanimous vote on 16 March 2021. The highly anticipated legislation represented the culmination of a long-running campaign by children’s rights advocates to legalize the full schedule of children’s rights outlined in the UN Convention on the Rights of the Child (UNCRC). A major hurdle was how to draft a bill that offered maximum protection while not impinging on reserved matters under the existing devolution arrangements. Shortly after the Bill celebrations began, the UK Government referred the Bill to the Supreme Court to determine whether certain of its provisions exceeded the Scottish Parliament’s competence under the Scotland Act 1998. The Reference judgment [2021] UKSC 42, delivered on 6 October 2021, received almost immediate responses from key civil organisations and the Scottish Children’s Commissioner leaving many to wonder what had been lost.

The UK Government challenged four elements of the UNCRC Bill as contravening section 28(7) of the Scotland Act, which details that Acts of Scottish Parliament may not modify the power of the UK Parliament to make laws for Scotland. The first three challenges before the UK Supreme Court concerned the extent to which the interpretive duty or declaratory powers invested in the courts could be read as modifying section 28(7) of the Scotland Act. Section 19(2)(a)(ii) of the Bill imposes a duty on the courts to read and give effect to Acts of Parliament in a way which is compatible with UNCRC. Even if reading legislation down in line with section 101(2) of the Scotland Act, Lord Reed noted that this would leave open the possibility of interfering with Parliament’s law making capacity in relation to Scotland. Similarly, the power to strike down provisions of existing Acts of Parliament (s20(10)(a)(ii)) for incompatibility with the UNCRC or to declare a subsequently introduced Acts of Parliament (s21(5)(b)(ii)) incompatible with the UNCRC were equally ruled to hold open the possibility of interference with Parliament’s reserved powers. Each of these three provisions could be quickly severed from the Bill.

Unlike the first three challenges, section 6 was outside of Scottish Parliament’s competence on its face. Section 6 requires all public authorities (non-exhaustively listed in s16) to act compatibly with the UNCRC. Where a public authority does not act compatibly, a claim may be raised (s7) and remedies provided (s8). Again relying on the interpretative limitation found in section 101(2) of the Scotland Act, the section 6 obligation was intended to ensure delivery of UNCRC rights to the ‘absolute limits of what is possible within the boundaries of the devolution settlement’. Lord Reed’s laborious examination of the relationship between section 101(2) and section 6 of the UNCRC Bill yielded a conclusion that section 6 should be redrafted with sufficient clarity as to ensure that reserved matters are excluded. The successful challenges to the four components of the UNCRC Bill is regrettable, yet more remains to celebrate in the UNCRC Bill than to mourn in these losses.

Despite being dicta, the Court unequivocally confirmed that incorporating international human rights treaties is entirely within Scottish Parliament’s competence. This bolsters Scottish Government’s plans to develop a new human rights framework for Scotland, which includes incorporating further human rights treaties. If Scottish Government stands by its UNCRC pledge, all of the rights recognized in the UNCRC Bill will eventually become law for all under-18s in Scotland. Children will be able to engage and defend those rights in courts. Future Scottish legislation will need to be compatible with the UNCRC. Courts will be able to strike down existing Scots law that does not comply with the UNCRC. These achievements will not be diminished.

Yes, gaps that exist in children’s rights protections in the context of reserved powers will continue. Nonetheless, as the devolution settlement is adjusted going forward, the UNCRC will be a constant reference point in Scotland. Ultimately, the aim of the UNCRC Bill was to ensure that children’s rights in Scotland are respected, protected and fulfilled. The conflicts presented by the four provisions should be resolved quickly. In the meantime, implementation planning will continue so that when Royal Assent finally comes there will be no further delays to making rights real for children in Scotland and that is something to celebrate.