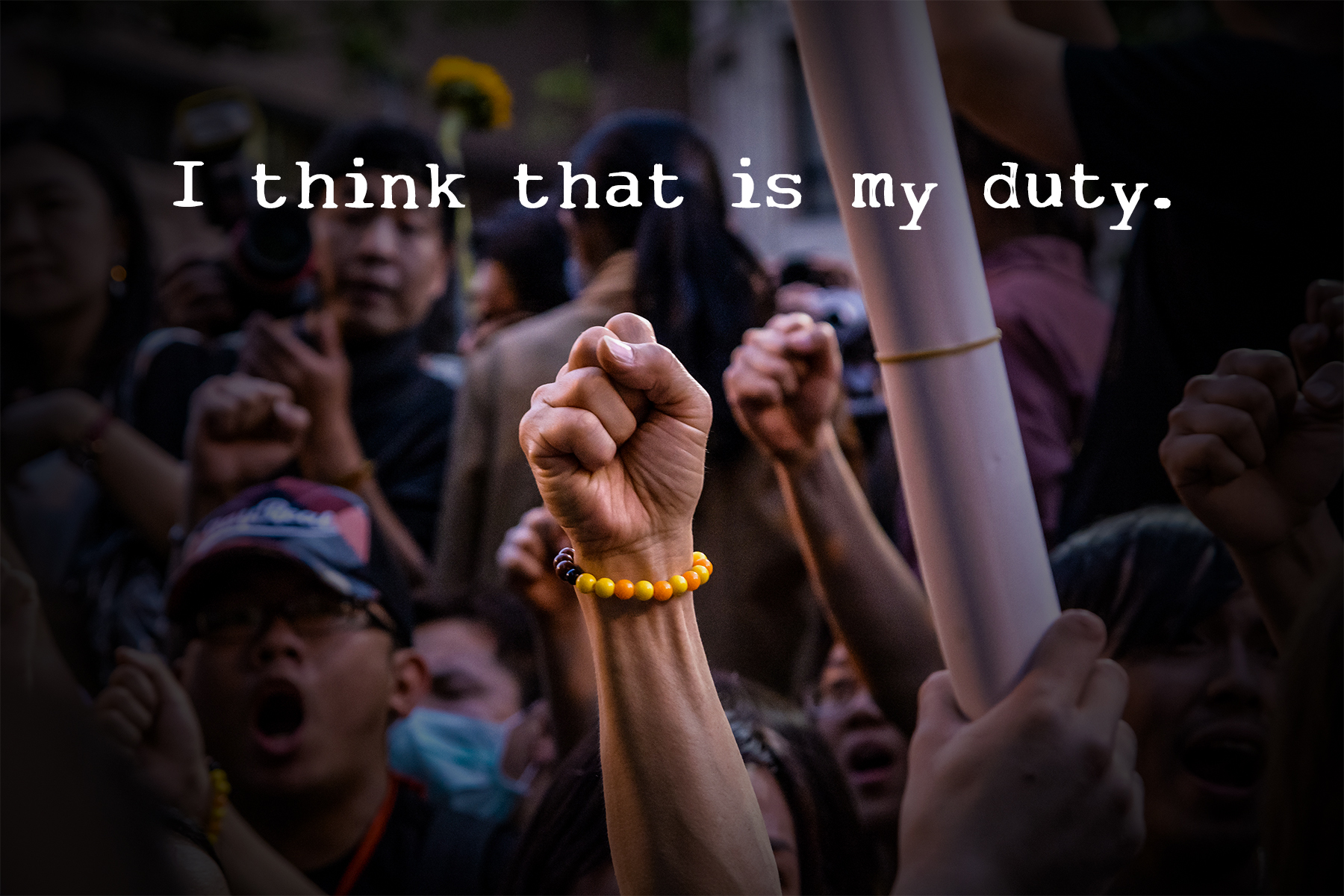 29 Million Angry Men: The Introduction of the Lay Judge in Taiwan’s Criminal Justice 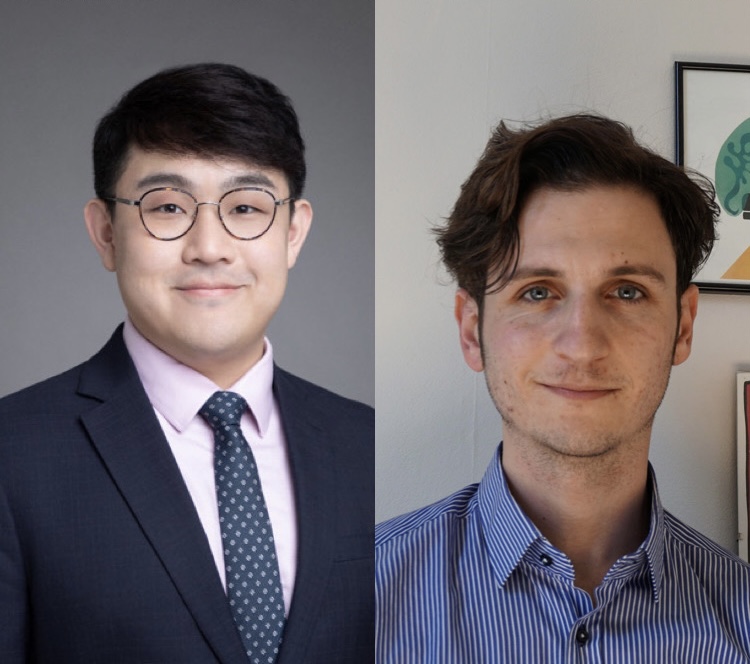 Neofytos Sakellaridis Mangouras is a PhD candidate in the Legal Theory Group at the University of Glasgow and a Research Assistant for the Just Transitions Cluster.

Image description: Fists raised against a background of protesters at Asia Democracy March 2020, with a banner above reading ‘I think that is my duty’

The legislature of Taiwan passed the Citizen Judges Act (Act on Criminal Trials with the participation of Citizen Judge (Guomin Faguan)) in 2020 following years of lobbying by judicial reformers. It is now set to come into effect. This statute allows professional judges to share their benches and power with lay judges in a limited number of criminal cases. Six randomly selected citizens and three experienced judges shall jointly decide guilt or innocence and sentence crimes punishable by more than ten years of imprisonment or with criminal intent resulting in death, though this excludes drug cases and those involving minors.

Overview of the Citizen Judge Act

The Citizen Judge Act enables citizens and those not trained in the law to take part in criminal proceedings. It is a cornerstone of the efforts of the Judicial Yuan (a judicial branch of Taiwan) to modernise the legal system in Taiwan, mirroring systems found in civil and mixed jurisdictions such as Greece, Norway, Israel and elsewhere.

Regarding the eligibility of lay judges, the law features qualifications of education, age, citizenship, and residence, while it excludes several categories. The lay judge must have a high school diploma, be aged over 23, and must have lived in a court’s jurisdiction for at least four months. They must not be lawyers, soldiers, police officers, convicted criminals, or hold specific posts in government (Taiwan’s president, vice president, and other agency leaders). It is possible to obtain an exemption from serving as a citizen judge if one is a teacher, a student, over 70 years of age, or has a compelling cause such as illness, family emergency, or business commitments.

Although citizen judges are to be compensated and given paid time off for their participation in criminal proceedings, they would be liable to fines for failure to attend without cause. Prison time and monetary penalties are also set down by law for individuals who leak case information or take bribes.

Cases involving deliberate conduct resulting in murder or a jail sentence of at least ten years are to be heard by a panel of nine judges, consisting of six citizen judges and three professional judges under the Citizen Judge Act. A majority of the panel, including at least one professional judge, must agree on a guilty conviction, while all panel members must concur on the punishment.

Bringing citizens into the courtroom, those whose collective put the demos in democracy, is a practice that dates back eons. But does it reflect the values and standards of contemporary Taiwan and the protection of the rule of law from a Taiwanese perspective? The classic questions arise: which system is less prone to error; which is more democratically legitimate? An affirmative answer would need to show that the juries represent a broad population which adequately represents Taiwanese ideas of justice. A negative answer would respond that untrained lay judges are more likely to commit errors, which potentially would incarcerate innocent people.

It seems that the authors of the law took such issues into account when drafting. Article 87 of the Citizen Judges Actmandates ‘[a] judgment that contains a guilty conviction, regarding the grounds on which the findings of facts are made, may merely show the titles of material or documentary exhibits, and the reasons for the conclusion on the contentious critical issues’. The need for explicit reference of the reasons for the decision alongside the material exhibits leaves room for subsequent scrutiny of the decision by a higher court. In addition, and perhaps equally importantly, it exhibits institutional design to limit the scope of what the lay judges can do. ‘Legal’ decisions such as admissibility of claims and other procedural matters are left to the professional judges.

In all, this law seems to prioritise democratised justice by opening criminal proceedings to lay judges, while maintaining safeguards to ensure institutional fairness, safety, and equality. Whether the legislative aim will be a success in practice, only time can tell.

Taiwan, Right to Equality and Non-Discrimination, Sexual Orientation
In Taiwan, same-sex marriage has been recognized since 24 May 2019 pursuant to the Act for Implementation of ...

Taiwan, Right to Equality and Non-Discrimination, Sexual Orientation
On 24 May 2017, the Constitutional Court of Taiwan issued a ruling in favour of same-sex marriage (full text in ...