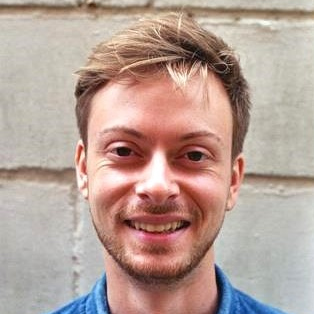 Timothy Jacob-Owens is a doctoral researcher in law at the European University Institute in Florence and currently a visiting researcher and tutor in legal theory at the University of Edinburgh School of Law.

Following the collapse of the power-sharing coalition led by the Democratic Unionist Party and Sinn Féin, Northern Ireland has been without a devolved government for a little over three years. One of the key points of contention in the subsequent negotiations has reportedly been the issue of legal protection for the Irish language. On 10th January it was announced that, with the support of the British and Irish governments, a new deal had been agreed by the two main political parties, including proposals to enact new language legislation. This short post considers the potential significance of the deal for language rights protection in Northern Ireland.

Language rights play a highly salient and divisive role in Northern Ireland. Allegiances to the two ‘historical’ minority (or ‘minoritised’) languages, Irish and Ulster Scots, are divided along sectarian lines, with the former generally associated with the nationalist community and the latter with unionists. The issue of legal protection for these languages is thus inextricably bound up with wider sensitivities concerning cultural and political identity.

Irish language rights activists in particular have long sought official recognition and protection for Irish under a standalone Irish Language Act, along the lines of equivalent legislation for Welsh in Wales and the Gaelic Language (Scotland) Act 2005. Under the 2006 St. Andrew’s Agreement, the UK government committed to introducing an Irish Language Act and to working with the Stormont Executive to enhance and protect the development of both Irish and Ulster Scots. Despite these commitments, political divisions have remained a barrier to progress: the Executive has even been unable to agree on a strategy document concerning the protection of Irish and in 2017 was thus found to be in breach of its statutory duty under Section 28D(1) of the Northern Ireland Act 1998 by the High Court in Northern Ireland. Concerns regarding the ongoing need for further language legislation in Northern Ireland have been raised by international actors including the United Nations Committee on Economic, Social and Cultural Rights, the Advisory Committee on the Framework Convention for the Protection of National Minorities, and the Committee of Experts on the European Charter for Regional or Minority Languages.

Against this background, the new deal announced last week, which includes commitments concerning legislative protection for both Irish and Ulster Scots, represents an important breakthrough for language rights protection in Northern Ireland. The proposed draft legislation provides for the official recognition of the Irish language, the establishment of an Irish Language Commissioner to develop standards concerning inter alia the use of Irish in public services, and a duty on public authorities to have due regard to these standards. The draft legislation further provides for the long-awaited repeal of the Administration of Justice (Language) Act (Ireland) 1737, which was introduced under English rule to prohibit the use of any language other than English in judicial proceedings. The legislation would also establish a Commissioner for Ulster Scots and a duty on the Department of Education to facilitate the use of Ulster Scots in the education system, as well as creating an Office of Identity and Cultural Expression, whose role would include the promotion of the linguistic heritage of all people living in Northern Ireland.

If enacted, the proposed legislation clearly constitutes a significant step forward for language rights protection in Northern Ireland and has been hailed by language rights activists as a ‘historic advancement’. Nonetheless, effective implementation will rely on good faith efforts being made by all actors involved and on the fragile political settlement remaining intact. Furthermore, as campaigners have pointed out, certain key matters remain unaddressed, including the contentious issue of public signage in Irish. While progress has undoubtedly been made, the struggle for language rights protection in Northern Ireland is thus far from over.