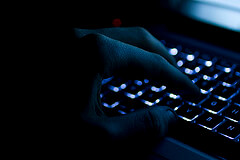 In recent years, there have been reports of sexually explicit material involving Namibian citizens and residents circulating on social media platforms. This is usually circulated without consent. The practice has proven scandalous, being labelled as ‘revenge porn’ or ‘sex tapes’ in the popular print media. In one extreme incident, a video is reported to have led to the murder of a man by his then girlfriend after discovering a recording of a sexual encounter between him and another woman. When these incidents are reported, the public generally reacts with fury and condemnation; however, this is usually short lived, only to be re-ignited when new material is exposed. No concrete solutions have been proposed.

The reality is that such explicit material is a new and popular way of expressing sexuality, especially with the ubiquity of smart phones providing easy recording and rapid sharing. Much debate generated from exposing this practice has focused on the immorality and shamefulness of consensually producing such material. This article shall focus on incidents whereby the material is distributed without the consent of the person shown, whether with a malicious, vindictive or humorous intent.

What can be done? Criminalization of non-consensual pornography is frequently proposed, especially as a deterrent. Some countries have introduced criminal laws to this effect. Although criminalising may prove effective in some instances, it is unlikely to address the consequences of the non-consensual distribution as it leaves the material out in the public, thereby continuing to violate the victims’ dignity. In Namibia, police are reported to have warned against the viewing and dissemination, threatening that criminal charges may be laid. However, this is of questionable legality as the material is essentially adult pornography, the viewing of which is not criminalized.

Although the Indecent and Obscene Photographic Matter Act of 1967 remains in force and seeks to regulate this aspect, it has effectively been rendered redundant when the High Court declared certain sections unconstitutional in the Fantasy Enterprises CC v Minister of Home Affairs decision. Even if it were criminalized, it would remain necessary to prove that the viewer or disseminator was aware of its non-consensual distribution, which would be a challenge to establish. Moreover, given that this material is often distributed over the Internet, evidence collection is likely to prove onerous. This is on top of barriers stemming from Internet anonymity, user privacy and data protection policies, which is hindered by the out-dated cyber investigation and electronic evidence laws. However, although it may prove a tedious and after-the-fact remedy, victims may have recourse to bringing legal proceedings compelling take down of material from websites.

The new phenomenon of using pictures and videos is a method that used to perpetuate the old harm of objectifying women and violating their dignity. It is imperative that the law keeps abreast with rapid technological developments. It is incumbent upon society to robustly debate these issues in order to introduce workable solutions that are not only legal, but multi-disciplinary. There is also a need to recognize that the lacuna in our law regarding the cyber regulation and unchecked exchange of information. The technology and innovation that we enjoy should not be used as an avenue for the degradation of the dignity of others.

(The author acknowledges the constructive input of Beth Vale, Max Harris and Tangi Shikongo in writing this article.)

Gender, Right to Equality and Non-Discrimination, Right to Freedom of Speech and Expression
Welcome to RightsUp, a podcast from the Oxford Human Rights Hub. We look at the big human rights issues of the ...