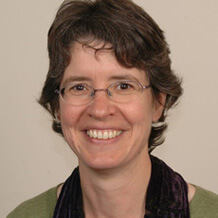 Lucy Vickers, “An English Duty to Have ‘Due Regard’ – An Effective Means of Upholding Children’s Rights?” (OxHRH Blog 1 November 2016), <https://ohrh.law.ox.ac.uk/an-english-duty-to-have-due-regard-an-effective-means-of-upholding-childrens-rights/> [Date of access]

In its Third Report of Session 2016–17, scrutinising the Children and Social Work Bill, the Joint Committee on Human Rights recommends the introduction in England of a duty on public authorities to have due regard to the UN Convention on the Rights of the Child in the exercise of their functions relating to safeguarding and the welfare of children, considered on this blog previously here. The Government has thus far indicated that it does not intend to introduce this duty in England.

The basis for this reluctance is that such duties can lead to a tick-box mentality, and risk creating additional bureaucracy, rather than making a real and practical difference to children’s lives. Such concerns parallel the Government’s views on the Public Sector Equality Duty (PSED), contained in in Section 149 of the Equality Act 2010. That duty is framed as a duty on public authorities to have due regard, in the exercise of their functions, to the need to eliminate discrimination, advance equality of opportunity, and foster good relations between groups. The purpose of this post is to consider whether the extension of such a duty to England would be effective as a means of advancing the protection of children’s interests in this context, using the PSED as an example of a similar approach to mainstreaming human rights concerns.

The PSED has had a mixed press, attracting criticism for creating a “tick-box” culture, which diverts resources from positive outcomes to processes; for being ineffective in practice; and for lacking effective enforcement mechanisms. Given this despondency about the ability of the PSED to mainstream equality throughout the public sector, one could question whether the JCHR’s call for a duty to be introduced in relation to children’s rights is a realistic way to promote children’s rights in England. However, this despondency may be misplaced. First, as the JCHR records, the Equality and Human Rights Commission has provided evidence that a similar duty has had positive results in Wales and Scotland. Second, there is significant evidence from the experience of the PSED that an approach to promoting rights through the use of public duties to have ‘due regard’ can lead to substantive change. The responses to the Government review of the PSED in 2014 led to a fairly comprehensive cataloguing of positive outcomes from the PSED, creating a strong evidence base for its effectiveness.

To take just a few examples, public authorities have introduced systems to identify disadvantaged groups, enabling them to ensure better equality outcomes for such groups.  Evidence from the Government review suggested that such methods had led, for example, to a better understanding of school exclusion; an increase in the provision of support for homeless women; and better fire prevention processes for older people. These examples suggest that even if achieved via a “tick-box” process, and backed by inadequate enforcement mechanisms, the processes put in place by virtue of the PSED can lead to substantively more equal outcomes.

Moreover, a culture of concern for equality can be seen to have infiltrated the working of public sector organisations, as a result of the PSED. This can be seen in the self-regulation processes that have been introduced in the public sector requiring adherence to equality norms.  Examples can be seen in the Equality Framework for Local Government; the Care Quality Commission’s inclusion of equality requirements in the regulation of care settings; and Equality Challenge Unit’s Athena Swan Charter, which has been developed to advance gender equality in the Higher Education sector. These additional independent regulatory systems institutionalise thinking about equality within organisations, and this can go some way to mitigating the weakness of the judicial enforcement of the PSED.

The range of concerns about the efficacy of the PSED notwithstanding, practice on the ground seems to suggest that while not a panacea, the PSED has nonetheless had a good deal of positive impact. It is likely then that a parallel duty to have due regard to children’s rights would have a similar positive outcome, meeting the Government’s concern that more needs to be done to ensure that the impact of legislation, policy and delivery of services on children’s rights is assessed more routinely and analytically. A duty to have due regard incentivises routine assessment of the rights in question; and although leading to what is pejoratively termed “additional bureaucracy”, the collection of relevant data can aid the analytical assessment of service delivery.

It is therefore to be hoped that the Government will give serious consideration to the JCHR recommendation that the duty be introduced.

Plenty of evidence to support the Public Sector Equality Duty

United Kingdom, Right to Equality and Non-Discrimination
The Public Sector Equality Duty (PSED) is a key feature of the Equality Act 2010 and an essential tool to achieve ...