Black Lives Matter: What Next After 2020 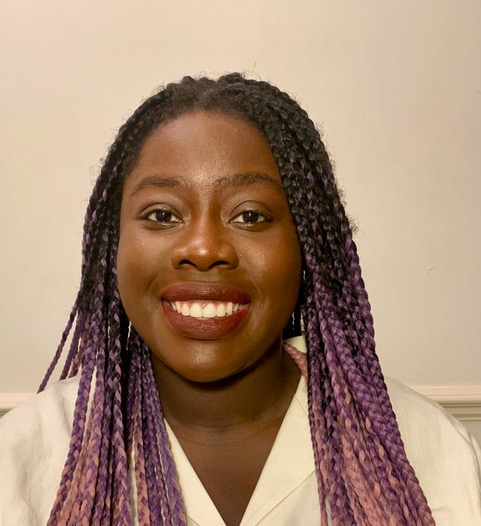 Seun Matiluko is a journalist and researcher in race, law and human rights. She completed the BCL, with distinction, in 2021 winning the Law Faculty Prize in Comparative Equality Law and the Onora O’Neill prize in Philosophy, Law and Politics. While an undergraduate at the University of Bristol she facilitated the introduction of a final year module in ‘Law and Race’ and while a BCL student at Oxford she founded the Black Law Alumni Network and was a co-convener of the Feminist Jurisprudence Discussion Group. Seun is also the producer and host of the ‘Hello From Britain!’ podcast, a podcast dedicated to shining a light on histories of Black women in Britain.

On 14th October 1973, a Black boy was born in Fayetteville, North Carolina, USA. Soon after his birth, his family moved to Houston, Texas and he was raised in Houston’s Third Ward, a historic area known by many to be the former residence of singers Beyoncé Knowles-Carter and Solange Knowles. In the second grade, he wrote that when he grew up he would like to “be a Supreme Court Judge” and explained that in court he would make sure to “beat [his] hammer on the desk. Then everybody will be quiet.”

This boy later went on to study at South Florida State College before enrolling at Texas A&M University-Kingsville, on a basketball scholarship. After dropping out of university, he then returned to Houston and rapped regularly as “Big Floyd”  in the Houston hip-hop collective Screwed Up Click. However, he did not hold aspirations of becoming a musician and, as he struggled to find steady work in Texas, ended up moving to Minneapolis in 2018.

In Minneapolis, on the 25th May 2020, he attempted to pay for cigarettes in a grocery store with a $20 bill that was thought to be counterfeit. A store employee called the police and a white police officer ended up restraining the boy-now man- on the floor and putting a knee on his neck for 9 minutes and 22 seconds, killing him. The name of the deceased was George Perry Floyd.

A 17-year-old girl named Darnella Frazier filmed this murder and soon everyone around the world saw Floyd lay dying while calling out for his mother. This provoked massive global protest by people disgusted at his death but also the deaths of several other Black people who were killed by law enforcement, including Breonna Taylor, Tamir Rice, Daunte Wright, Andre Hill, Manuel Ellis and Rayshard Brooks.

Protestors around the world remembered them as they proclaimed, “Black Lives Matter” (BLM) and drew links between state oppression and racial inequality in the US and other countries. For example, people in the UK linked the asphyxiation of George Floyd to the deaths of several Black British people in police custody including the 2010 asphyxiation of Seni Lewis.

The 2020 protests reflected the global nature of the decentralised BLM movement, which began in the US in 2013, whose originators have expressed that the BLM movement is working to “reimagine the road to a world where Black lives matter.”

I pursued a BCL at the University of Oxford from 2020-2021 and, galvanised by the 2020 protests, decided to write a dissertation on how international human rights law could further the aims of BLM in the UK. It felt rewarding to research this dissertation, notwithstanding that the anonymous Oxford academic who marked my dissertation critiqued me for “taking as given… the factual basis of claims made by BLMUK” that Black people die disproportionately in UK police custody.

It felt rewarding because, at the time of writing, few in the mainstream media and within academia had rigorously engaged with the legal claims of BLM protestors outside of policing reform. Fewer had similarly rigorously engaged with the aims and legal claims of BLM protestors outside of the US. And even fewer had written about international human rights law with respect to BLM, even though BLM co-founders have stressed that BLM “is tied to black people’s struggle for human rights across the globe.”

As such, it is hoped that this blog series will contribute to closing these gaps in the literature and provide a useful resource for students, activists and scholars seeking to further their understanding of how the battle for “the road to a world where Black lives matter” can be won.

This series explores demands for racial justice that were made across six jurisdictions during the 2020 protests and how these demands could be met using domestic and international human rights law. The jurisdictions selected highlight that BLM originated in the US but has touched other Western nations (UK, Australia) and nations in the Global South (Brazil), including majority-Black nations in Africa (Nigeria) and the Caribbean (Jamaica).