Climate Change and the Torres Strait Islands: Australia in the International Spotlight 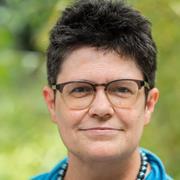 Sarah Joseph is a Professor at Griffith University, Brisbane, Australia.

The complainants in Billy are a group of Torres Strait Islanders who claimed that Australia breached a number of their rights under the International Covenant on Civil and Political Rights (’ICCPR’). In particular, they claimed that Australia had failed to take adequate adaptation and mitigation measures to reduce greenhouse gas emissions, which had led to current, and would lead to reasonably foreseeable, interferences with their rights as inhabitants of the Torres Strait Islands, which are particularly vulnerable to the impacts of climate change. Relevant damage included frequent floods with impacts on food sources, ancestral burial lands, and the ability to practice traditional cultures and pass them on to future generations.

The HRC found violations of Articles 17 and 27 of the ICCPR entailed in Australia’s failure to take prompt and appropriate adaptation measures to protect the complainants from climate change harms. While it acknowledged recent actions whereby Australia had constructed new sea walls on the Torres Strait Islands, it found that Australia had failed to explain its delay in doing so despite multiple requests over years from Torres Strait Island residents.

No violation was found of the right to life, Article 6. In a decision which echoes its previous decision in Teitiota v New Zealand (2020), the UNHRC found that climate change impacts were not yet so irreversible or unmanageable as to breach Article 6, even though the development in the Torres Strait Islands of conditions incompatible with life was reasonably foreseeable. There is still time, according the UNHRC, for measures to potentially be taken to at least save the lives of complainants, including the drastic step of relocation. That drastic step would not apparently breach the right to life, though it would undoubtedly engage other rights, such as Articles 17 and 27.

A number of UNHRC members appended separate opinions, all of which constituted stronger findings against Australia. For example, a number of members found that Australia’s inactions in fact breached the right to life due to ‘”real and foreseeable risks” to [the complainants’] lives resulting from flooding on the Torres Strait Islands’, which Australia has failed to adequately minimise.

As explained above, the majority ultimately focused on Australia’s failures in adaptation despite its mention of mitigation in its admissibility decision. Many of the separate opinions found violations regarding mitigation. The most detailed in this regard was from UNHRC Member Gentian Zyberi who stated:

A clear limitation of the law on international responsibility in cases of climate change and related litigation, is the difficulty involved in addressing what constitutes shared responsibility. Since it is the atmospheric accumulation of CO2 and other GHGs that, over time, gives rise to global warming and climate change, States should act with due diligence when taking mitigation and adaptation action, based on the best science. This is an individual responsibility of the State, relative to the risk at stake and its capacity to address it. A higher standard of due diligence applies in respect of those States with significant total emissions or very high per capita emissions (whether these are past or current emissions), given the greater burden that their emissions place on the global climate system, as well as to States with higher capacities to take high ambitious mitigation action. This higher standard applies to the State party in this case.

While Zyberi concurs in the outcome of the case, he criticises the majority for its failure to address mitigation alongside adaptation. After all, adaptation ‘will eventually become impossible’ if the root causes of climate change are not addressed through mitigation and actual reductions in greenhouse gases and fossil fuel extraction.

As has been noted by the former UN Special Rapporteur on Human Rights and the Environment, John Knox, the UNHRC missed an opportunity here to address mitigation. It probably cannot avoid the issue for too much longer. Zyberi’s opinion may signpost the way forward from here.

The UNHRC is not an international court; it is a quasi-judicial tribunal, though its findings are authoritative and influential for the purposes of interpreting a binding international treaty, the ICCPR. Australia has a poor record of implementing the views of the UNHRC. Its responses commonly cite its lack of judicial status.

Nevertheless, Australia might implement most of the majority’s remedial recommendations, given they are aimed at adaptation rather than mitigation. There are likely to be increased adaptation measures for the Torres Strait Islands, and greater consultation with its population. I doubt, however, that Australia will compensate the complainants.

The biggest impact of the decision will likely be its effect on domestic litigation, in Australia and beyond. Billy could inform proceedings under the Queensland Human Rights Act against Clive Palmer’s proposed Galilee Coal Project and a class action by Torres Strait Islanders designed to force greater cuts in Australia’s emissions. Billy may also inspire further international challenges from both Indigenous and non-Indigenous communities, such as for example the people of Lismore, a town in northern NSW that has experienced multiple ‘once in a hundred year’ floods in 2022.

A longer version of this blogpost is available here.