Appraising the Limitations of Linking Climate Reparations to Human Rights 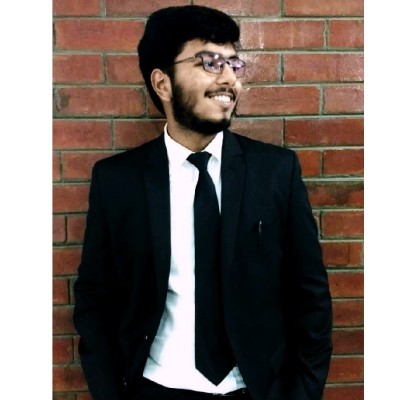 Pakistan’s climate change minister Sherry Rehman recently lamented the near absence of any “reparations” for climate change given by developed States to the developing world. The demand for such reparations stems from the disparity between the contributions of developed States to climate change, and the difficulties faced by the Global South in taking adaptation and mitigation measures. The most vulnerable States suffer most from climate-induced crises, as seen in recent climate-induced flooding in Pakistan. There is growing optimism of connecting international human rights law (“IHRL”) to climate advocacy. Although IHRL has its strategic uses, it cannot be the basis of such an inter-State reparation obligation, given its current focus on obligations owed to individuals and groups of individuals rather than to other States.

The ILC’s Draft Articles on Disasters

The principle of ‘common but differentiated responsibility’ (“CBDR”) is already recognized in major climate change frameworks. This legal concept acknowledges the different responsibility of States in tackling climate change given their historical contributions. To a limited extent, developed States are obligated to assist the developing world cope (especially “least developed countries”). Small Island States have already attempted to institute international mechanisms dedicated to facilitating “loss and damage” reparations, but without much success.

The terminology of “reparations” has a crucially different connotation than “aid”, since the latter does not stem from responsibility, but from discretion. This is why it is curious to see how the International Law Commission (“ILC”) has dealt with the issue of foreign “assistance” (not reparations) to States affected by climate-induced calamities. In preparing draft articles on the protection of persons in disaster, the ILC has suggested that a disaster-affected State is obligated to “request” foreign assistance when its own response capacity falls “manifestly” short to safeguard human life (Article 11). As per Special Rapporteur Valencia-Ospina, the basis of this stems from the positive duties to protect the right to life under IHRL, specifically Articles 2 and 6 of the International Covenant on Civil and Political Rights. As such, Pakistan has met this burden by accepting packages from the International Monetary Fund and others.

Foreign Assistance and Right to Life

Suppose that Pakistan or similarly placed States do make such a request, the ILC considered it entirely “voluntary” for third States to “offer” assistance (Article 12). In its commentaries, the ILC does not address why it did not propose the recognition of an obligation of developed States to provide appropriate assistance amidst climate-induced disasters. This absence was noted with regret  by Antigua and Barbuda. Likely, this was to avoid discouraging developed States against the draft articles. Moreover, the ICCPR itself would not offer clear support to such a potential proposal. States owe obligations to individuals within their jurisdiction, which includes actions that have “reasonably foreseeable threats” to the life of these individuals [see ¶¶7, 18]. However, it is well-known that proving causation from States’ contributions to climate change is nearly impossible. The effect of developed States’ contributions to climate change would at best be indirect, failing the trigger-threshold giving rise to IHRL obligations. Despite growing mentions of IHRL by States in climate change fora, the current structure of the regime evidently requires introspection.

Perhaps it is now necessary to reimagine these thresholds.  One question illustrating this need is whether one should  contend that developed States ought to incur an obligation to help developing States minimize their climate change contributions, because the harmful consequences of the latter would also eventually be felt by persons well-within their jurisdiction.  This is an interpretation of the “due diligence” expected of States in the obligation to take positive IHRL measures (see ¶¶7, 21 and p. 795).  Yet this approach too would fall short of Minister Rehman’s demand for “reparations” in the sense of responsibility for wrongful acts (past climate contributions); instead, it would again constitute foreign “aid” as a human rights obligation, and that too, only to the perceived extent that it benefits the developed world directly. As Antigua and Barbuda highlighted when addressing the ILC draft, IHRL discourse must henceforth accommodate the CBDR principle to acknowledge the Global North’s past. If structurally reimagined as such, then apart from adding political legitimacy to inter-State reparations, IHRL could support claimants from Pakistan in potentially seeking damages or human rights violation redressals before domestic courts of developed States.

United Nations, Business and Human Rights
The international human rights law (IHRL) system is predicated on the principle of state responsibility to ...