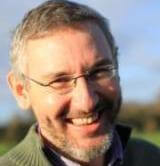 On 21 February 1978, Freddie Hall and his accomplice, kidnapped, raped and murdered a young woman, and in a separate incident, killed a sheriff’s deputy.  Hall’s siblings, teachers, and the Florida sentencing judge acknowledged that he was raised under horrific family circumstances. As a child, he was beaten between ten to fifteen times a week.

There is substantial evidence that Hall suffers from a severe intellectual disability, and it is clear that he was unable to contribute effectively to his own defence. However, this evidence was not considered enough to mitigate the capital offence. In Hall v. State, the Florida Supreme Court upheld his death sentence, holding that because his IQ was identified at 71, he was above a strict threshold of 70, as established in Cherry v. State.

Previously, the U.S. Supreme Court in Atkins v. Virginia had used diagnostic standards to formulate a three pronged test for identifying intellectual disability for capital proceedings – (a) significant subaverage intellectual functioning (established through an IQ test); (b) deficits in adaptive functioning (the inability to learn basic skills and adjust behaviour to changing circumstances); and, (c) onset of defects during the developmental period (e.g. before 18 years of age).

The Florida statute acknowledges the diagnostic flexibility for Atkins proceedings, but the Florida Supreme Court interpreted the statute narrowly, at variance with the American Psychiatric Associations’ (APA) Diagnostic and Statistical Manual, which provides that, “A person with an IQ score above 70 may have such severe adaptive behaviour problems…that the person’s accrual functioning is comparable to that of individuals with a lower IQ score.” The APA amicus curiae brief stated, “the relevant clinical authorities all agree that an individual with an IQ score above 70 may properly be diagnosed with intellectual disability if significant limitations in adaptive functioning also exist.”

In Hall v. Florida, decided by the US Supreme Court on 27 May, 2014, Justice Kennedy held, in a 5-4 majority, that the Florida Supreme Court ruling disregards established medical practice as it takes the IQ score as final and conclusive evidence of a defendant’s intellectual capacity. Furthermore, while experts say that IQ should be taken within a “standard error of measurement,” the Florida Supreme Court used the test score as a fixed number, thus denying the imprecise nature of diagnosis.

Justice Alito dissented, joined by Chief Justice Roberts, and Justices Scalia and Thomas, stating that “what counts are our society’s standards – which is to say, the standards of the American people – not the standards of professional associations, which at best represent the views of a small professional elite.”

However, Justice Alito provided no specific guidance to demonstrate how “American society” is better equipped than the “small professional elite” to determine complex cognitive evaluations. He further inadequately opined that “the Court implicitly calls upon the Judiciary either to follow every new change in the thinking of these professional organizations or to judge the validity of each new change.”

The judicial system will always have to grapple with the ethical and scientific questions posed by advances in medicine. The courts can most appropriately do this after and not before new medical techniques, diagnosis and treatment, are identified.

Justice Kennedy did not base his decision upon diagnostic standards. He used evaluative criteria to inform the adjudication of what is considered appropriate protection of human dignity under the Eighth Amendment’s prohibition against, “cruel and unusual punishments.” He held, “Florida’s law contravenes our Nation’s commitment to dignity and its duty to teach human decency as the mark of a civilized world.”

It is not insignificant that he shifts the focus from the “Nation” to the “world.” It reflects the evolving international discourse that the death penalty is a violation of human dignity, most specifically advanced by the European Union and the Council of Europe, and it is consistent with the denunciation of the death penalty for persons suffering from intellectual disabilities in R.S. v. Trinidad and Tobago.

The furtherance of dignity and decency is our global, cosmopolitan, call. If the dissenters had had their way, simply put, it would have made it easier for states to execute people with intellectual disabilities. Justice Kennedy’s judgment is a victory for human rights and the evolution of science and medicine.