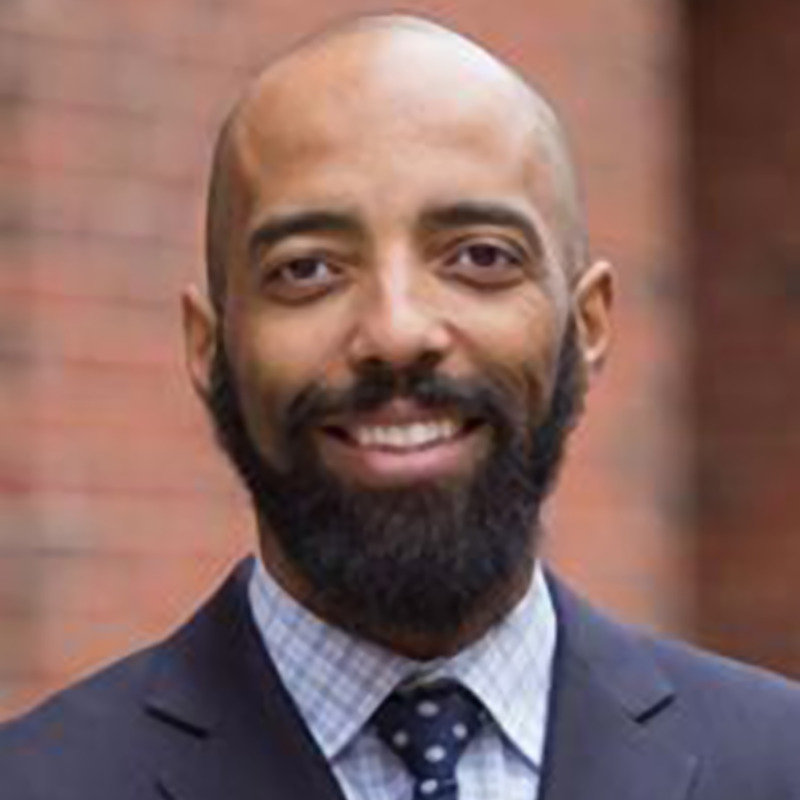 Vincent Southerland is the Executive Director of the Center on Race, Inequality, and the Law at NYU School of Law, where he engages in research, advocacy, and public education to advance justice at the intersection of race and the criminal legal system, technology, and community equity. He previously served as a state and federal public defender, civil rights attorney with the NAACP Legal Defense and Educational Fund, and law clerk to two federal judges.

Over the course of her 27-year tenure as a United States Supreme Court Justice, Ruth Bader Ginsburg consistently voted to protect the rights of the marginalized and dispossessed, reflecting an unrelenting commitment to equal justice under law, regardless of one’s gender, race, or sexual orientation. In many ways, Justice Ginsburg extended that commitment to the accused, convicted, and condemned, regularly voting to advance the fair administration of criminal law and to limit the power of the state. To be clear, Justice Ginsburg’s legacy on matters of criminal justice is by no means unblemished. But the balance of her opinions, public statements, and jurisprudence on criminal justice amounts to an admirable body of work. And given the inexorable link between race and the criminal legal system, her efforts undoubtedly advanced racial justice for all.

While all criminal cases present high stakes, Justice Ginsburg’s influence was perhaps most significant in those where the stakes are highest: in death penalty cases and in the sentencing of children to life without parole. In a 2017 lecture she famously declared, “If I were queen, there would be no death penalty.” On a separate occasion, she explained that capital cases as a category gave her tremendous anxiety since joining the Court. Accordingly, she voted in the majority of every 5-4 decision that favored the condemned, curtailing the application of the death penalty in a range of circumstances. She was in the 5-4 majority in Roper v. Simmons, which barred the death penalty for children. She was likewise a deciding vote in Kennedy v. Louisiana, which deemed the death penalty an unconstitutionally excessive punishment in the case of child rape. In Moore v. Texas, Justice Ginsburg authored a majority opinion that rejected a Texas court’s reliance on an outdated definition of intellectual disability. As Justice Ginsburg meticulously demonstrated in her opinion, Texas’ definition created an unacceptable risk that people with intellectual disabilities would be executed, in violation of the Eighth Amendment. She did so while citing Hall v. Florida, in which she cast the deciding vote to deem Florida’s scheme for assessing intellectual disability unconstitutional. And in 2015, she joined a dissent penned by Justice Stephen Breyer in Glossip v. Gross in which he concluded that the death penalty likely violated the Constitution’s prohibition on cruel and unusual punishment, and called for briefing to consider its constitutionality.

Justice Ginsburg’s concerns about the death penalty extended to her jurisprudence on the capital trial process. Her opinion in Ring v. Arizona invalidated Arizona’s capital sentencing scheme, which had allowed a trial judge¾sitting alone¾to determine the presence or absence of aggravating factors required by state law for a death sentence. And her opinion in Maples v. Thomas excused capital litigant Cory Maples’ failure to meet a filing deadline when his appellate counsel inexplicably abandoned him without notice, leading to an untimely filing which raised viable claims that his trial counsel was wholly inadequate and ineffective.

Justice Ginsburg was likewise concerned with the overly harsh sentencing of youth. In 2010, she was part of the 6-3 majority that ended life without parole sentences for youth convicted of non-homicide offenses in Graham v. Florida. Two years later, she cast a deciding vote in Miller v. Alabama, which ended mandatory life without parole sentences for children. At oral argument in Miller, Justice Ginsburg spoke to the heart of what was at stake: a child’s capacity for redemption.

In addition, a host of Justice Ginsburg’s opinions for the Court bolstered procedural protections for the accused and convicted and limited the power of law enforcement. In Florida v. J.L., she authored a majority opinion holding that a standalone anonymous tip that a young black male was wearing a plaid shirt, standing at a bus stop, and carrying a gun was insufficient to justify a police officer’s stop and frisk of that person. Her opinion in Alabama v. Shelton ensured that a defendant’s Sixth Amendment right to appointed counsel applied even in cases where the threat of imprisonment—in the form of a suspended sentence—was present. She also wrote the majority opinion in Bullcoming v. New Mexico, strengthening defendants’ Sixth Amendment Confrontation Clause rights by holding that they must have the opportunity to cross-examine the scientists who certify forensic reports introduced as evidence against them. And her decision in Kimbrough v. United States allowed courts to consider, in the course of sentencing decisions, the racialized 100:1 powder cocaine-crack cocaine sentencing disparity.

At bottom, Justice Ginsburg consistently voted to protect the rights of the accused, to limit the punitive impulses of the state, and in favor of the fair administration of criminal law. As the Court has become increasingly conservative, we may need to look instead to the legislative and executive branches to maintain and extend Justice Ginsburg’s criminal justice legacy going forward.