First Nations Deaths in Custody and the Politics of Denial 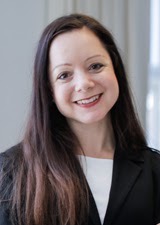 Thalia Anthony is a Professor of Law at the University of Technology Sydney. She lives and works on unceded Gadigal and Wangal land and is of Cypriot heritage. Her research examines the legacy of colonisation and systemic racism in legal institutions. Thalia's current projects concern the imprisonment of First Nations women, the criminalisation of homeless people and the role of Aboriginal re-storying in sentencing.  Her books include Indigenous People, Crime and Punishment and Decolonising Criminology. Thalia works closely with First Nations organisations such as Deadly Connections, Aboriginal legal services and Tangentyere Council.

The announcement of an Australian Royal Commission into Aboriginal Deaths in Custody in 1987 promised to be a turning point in First Nations justice. It was a response to widespread protests against racist policing. The campaign was led by the Committee to Defend Black Rights. National chairperson, Yinggarda, and Bibbulman woman Helen Corbett called for a Royal Commission to “expose” racism and “halt the deaths”.

Thirty years on, the carceral system continues to treat First Nations lives with disregard and exonerate responsible officers and institutions. There has not been one criminal conviction for a First Nations death in custody. Instead, a further 480 First Nations children and adults have died in custody since the Royal Commission handed down its final report, containing 339 recommendations, in 1991.

The Black Lives Matter movement in the land called “Australia”

The killing of George Floyd had haunting similarities to the killing of 26-year-old Dunghutti man David Dungay Jr. On 29 December 2015, guards at Long Bay prison at Sydney forced Dungay Jnr face down and one pushed their knee into his back. Dungay Jnr screamed twelve times, “I can’t breathe”.

At the time, despite protests from Dungay Jnr’s family, the silence by the media, government and public was deafening. Fast forward five years and George Floyd’s death receives international attention. Australian Prime Minister, Scott Morrison, remarked how “terrible…the murder that took place” in the United States was, but rejoiced that Australia does not have the same issues because it is “a wonderful country”.

This politics of denial did not gel with many Australians whose eyes were opened to racial violence with the killing of George Floyd, the BLM movement and also the invigorated activism of Dungay Jnr’s family and the many other families whose loved ones had been killed in custody.

Tens of thousands of people protested for justice for First Nations Deaths in Custody in 2020. Dungay Jnr’s family called for accountability, including prosecutions against the responsible officers. Protests continued into 2021 around the country.

The day after the first protest in Sydney, the Minister for Indigenous Affairs, Ken Wyatt, sought to appease the uproar by claiming that the government had implemented the 339 recommendations of the Royal Commission into Aboriginal Deaths in Custody. The Minister tweeted that it had done its job to prevent deaths in custody.

To be clear, some specific recommendations include decriminalising public drunkenness (Rec. 79) and offensive language (Rec. 86); ensuring arrest and imprisonment are sanctions of last resort (Recs 87, 92) and removing hanging point risks in custody (Rec 165).

The scales of justice

Yet, in key areas, Australia has failed to substantively implement recommendations. Prisons are increasingly warehousing First Nations people,  with an increase from 14% of the prison population at the time of the Royal Commission to 30% in 2021. Rates of incarceration have also increased from 1200 per 100,000 of the general First Nations population to 2500, which is the highest imprisonment rate for any population on the planet. This paints a picture that arrest and imprisonment are not used as a last resort.

Moreover, police continue to rely on offensive language crimes to disproportionately target First Nations people and public drunkenness remains an offence in Victoria and Queensland. Albeit, advocacy by the children of Yorta Yorta woman Tanya Day (who died in custody in 2017 after being arrested for public drunkenness) has resulted in the repeal of the laws – to take effect in November 2022.

Rather than take responsibility to implement recommendations, the government has maintained a politics of denial. Australians cannot assume that we will similarly have our moment of “justice” that came with the murder conviction of Derek Chauvin in the US. We only need to look at the ongoing struggle of David Dungay Jnr’s family, including their application to the United Nations, that arose because of the governments’ and prosecutors’ failure to provide accountability. Last year’s protests forced the Australian government to explain its inaction. This pressure must be sustained to force the government to abandon carceral violence.