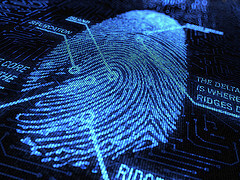 Gaughran v Chief Constable of the Police Service of Northern Ireland: the Need for Evidence-Based Reasoning

The UK Supreme Court has recently held that the indefinite retention of the DNA profiles of convicted adults does not violate article 8 of the European Convention on Human Rights (“ECHR”).  The main judgment, although pointing to numerous justificatory arguments, still lacks the evidence-based approach of the dissenting judgment, an approach so crucially important when scrutinising schemes that infringe privacy rights.

In 2008, the appellant was arrested on suspicion of drunk driving, and subsequently convicted.  Fingerprints, a photograph, and a swab from the inside of his cheek were taken from him at a police station, pursuant to statutory powers under the Police and Criminal Evidence (Northern Ireland) Order 1989.  He contacted the Police Service of Northern Ireland (“PSNI”) to dispute the retention of his photograph, fingerprint, DNA sample and DNI profile (digitised information in the form of a numerical sequence representing a very small part of the person’s DNA).  This was refused.

The subsequent Supreme Court judgment concerned PSNI’s retention of (a) a convicted person’s “biometric data” (DNA profile and fingerprints) and (b) the retention of any photograph taken of him or her by the PSNI.  There was no question that article 8(1) of the ECHR – the right to respect for private life – was engaged.  The case turned on whether the retention police of the PSNI was justifiable, and, in particular, whether it satisfied the principle of proportionality under article 8(2).

The Supreme Court focused heavily on the judgment of the European Court of Human Rights (“ECtHR”) in S and Marper v the United Kingdom.  Here, the ECtHR held that the retention of fingerprints, cellular samples and DNA profiles after proceedings against the individuals had led to acquittal or discontinuance could not be justified as proportionate under article 8(2).  It noted that other Member States had chosen to set limits on the retention and use of such data “with a view to achieving a proper balance with the competing interests of preserving respect for private life.  The ECtHR was “struck by the blanket and indiscriminate nature of the power of retention in England and Wales,” with material being retained irrespective of the nature or gravity of the offence, or the age of the suspected offender.

The Supreme Court distinguished the present case from S and Marper, highlighting that the latter was not considering the position of convicted people and was not an authority for the lawfulness or otherwise of a blanket policy on retaining the data of convicted persons.

The Supreme Court noted that the present DNA retention policy only applied to recordable offences (the majority of which were imprisonable), and that the data concerned was a DNA profile, containing much less personal information than a DNA sample.  Further, the present scheme only applied to adults.  The court therefore concluded that the scheme was within the margin of appreciation, noting that, in respect of the retention of the data of convicted persons, Member States had a broad range of approaches.

The Supreme Court, at paragraph 48, cited 11 reasons given by the Court of Appeal below in holding that the scheme was not disproportionate.  It cannot therefore be said (as, indeed, was acknowledged in the main judgment) that a finding that the question was within a State’s margin of appreciation gives carte blanche to declare a domestic scheme proportionate.  However, the dissenting judgment, given by Lord Kerr, focused on a different aspect of proportionality; namely, the need to show a rational, evidence-based connection between the indefinite retention of the data and the detection of crime and identification of future offenders.  He noted that “the current system operates on the assumption that all persons who, at any time, commit any offence are potential suspects in any future crime,” and, further, that “no evidence to support this has been provided.”  He also noted that some of the offences for which the data could be retained included “tampering with motor vehicles” or “improper use of the public telecommunications system.”  He concluded that “a far more nuanced, more sensibly targeted policy can be devised,” including, at a minimum, the removal of some of the less serious offences from its ambit.

The main and the dissenting judgments diverge in their level of granularity.  The dissenting judgment seems much more focused in its call for evidence that the scheme is rationally connected to the) aims of crime detection and prevention.  Such an evidence-based and scrutinising approach is a useful weapon for the judiciary in moderating any overreach of policies that interfere with the right to privacy.