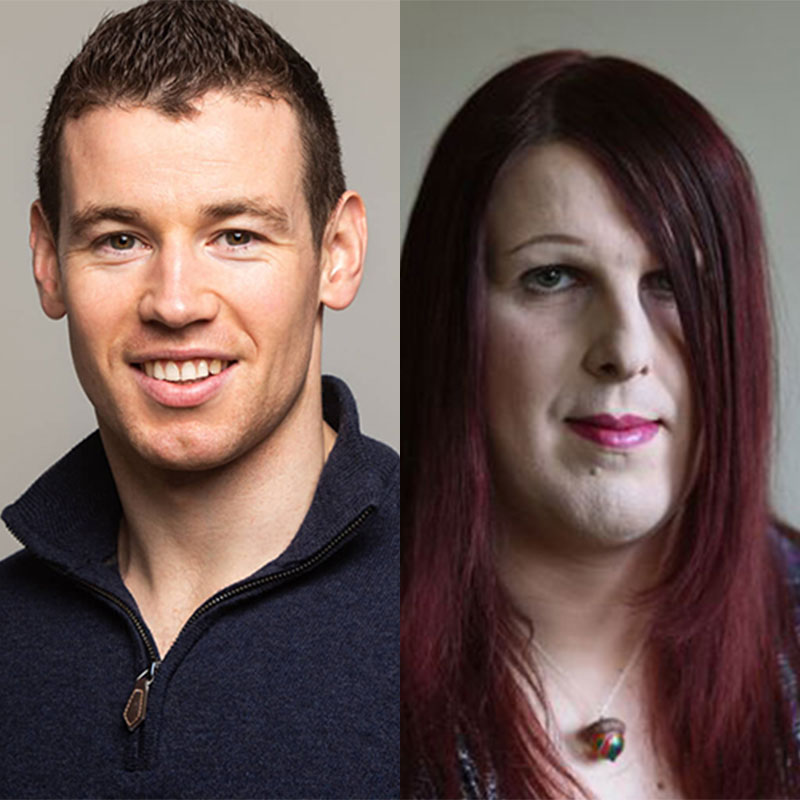 About Peter Dunne and Tara Hewitt

Peter Dunne is a lecturer in Law at the University of Bristol, and Co-Convener for Health with the Trans Legal Equality Initiative.

In July 2017, the Government announced a public consultation on legal gender recognition in the United Kingdom. In particular, it will invite opinion and advice on plans to adopt a model of self-determination (similar to that currently applied in other European jurisdictions, such as Ireland). Self-determination would allow trans persons to obtain a Gender Recognition Certificate on the basis of a statutory declaration, without oversight by a Gender Recognition Panel (s. 1 of the Gender Recognition Act 2004 (GRA 2004)), a diagnosis of gender dysphoria or having to prove real life experience (GRA 2004, s. 2).

The plans to reform the GRA 2004 have met with opposition among some politicians and trans-sceptical advocates (e.g. see here, here, and here).The primary objection is a belief that, if there is no procedure to verify that individuals genuinely self-identify with their asserted gender, dishonest men will improperly claim a female identity in order to access women-only spaces (increasing the risks of assault). In addition, opponents object that self-determination would create a right for trans women, who have no intention to medically transition, to enter locker rooms and public restrooms.

There are, however, important difficulties with abuse-focused objections to self-determination.

Such arguments are a solution to a problem that does not appear to exist. Despite the persistent invocation of assault-focused opposition to trans rights, there is little (if any) evidence that cisgender men use those rights to commit crime. Although, in the UK and around the world, many men do perpetrate assaults against women (often in women-only spaces), they are not dishonestly using trans legal protections to facilitate their crimes. Rather, these men enter segregated facilities in open violation of the law. While reforming the 2004 Act may not reduce the instance of male-pattern violence, neither would it assist nor encourage the commission of such violence.

Claims of potential abuse deny trans populations beneficial legal reforms on the basis that (cisgender) persons – over whom trans communities have no control – might subsequently misuse the law. They are not objective evidence against either the desirability or utility of self-declared gender. If there is a risk of cisgender abuse, rather than punishing trans communities, the Government should address that risk through appropriate channels, such as existing criminal laws.

Abuse-focused opposition to self-determination typically misrepresents existing UK laws. To the extent that one suggests that self-determination would create a new right for trans women, who reject medical transitions, to enter women-only spaces, this ignores current protections set out in the Equality Act 2010 (2010 Act).

Section 7 of the 2010 Act establishes that persons who have a ‘gender reassignment’ characteristic enjoy broad non-discrimination protections. It defines gender reassignment to include a “person [who] is proposing to undergo, is undergoing or has undergone a process (or part of a process) for the purpose of reassigning the person’s sex by changing physiological or other attributes of sex” [emphasis added] (i.e. the person need not be undertaking a medical transition). Therefore, according to s. 7, there already exists a general right for trans women – irrespective of their medical status or whether they have a Gender Recognition Certificate – to access appropriate goods and services (such as single-gender hospital wards, etc.).

The 2010 Act does contain two high-profile exceptions which entitle persons providing single-gender services and communal accommodations to exclude trans persons as a “proportionate means of achieving a legitimate aim” (Schedule 3, Part 7(28); Schedule 23(3)). The prime example of such a scenario (referred to in the explanatory notes) is a counselling service for vulnerable women, where service users may refuse to attend sessions if trans women are permitted to attend.

In practice, however, Schedules 3 and 23 are (at least in certain public sectors) rarely applied. Showing a legitimate aim is a high threshold, and many service providers (and users) understand the importance of respecting trans identities (while also appreciating that trans women pose no threat in female-only spaces). Even if this was not the case (and the exceptions were more frequently relied upon), the Government’s proposals would have little impact. Schedules 3 and 23 can operate even where a person has a Gender Recognition Certificate. Thus, assuming that Parliament retains the relevant provisions of the 2010 Act (which currently appears to be the case), self-declaring one’s preferred legal gender would still (where the high bar of a “legitimate reason” is satisfied) allow exemptions for the right to access gender-specific spaces (guaranteed by the 2010 Act) to continue.

Editor’s Note: The Oxford Human Rights Hub has previously published an alternative view on this issue, which can be found here.

The UK's Widening Gender Pay Gap – What Must be Done