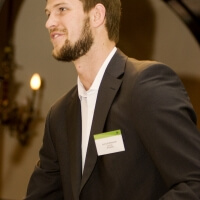 The Government is legally required under the International Covenant on Economic, Social and Cultural Rights (Article 11) to secure the human right to adequate food for everyone in the UK. But in recent years we have seen large increases in the levels of malnutrition, hunger and food bank usage, all of which are indicative of the UK being in breach of its international legal obligations in respect of the right to food.

In the 2014 Just Fair Consortium monitoring report “Going Hungry? The Human Right to Food in the UK”, we learn how and why this is so.

How do we know there is a problem?

The numbers of people given three days’ emergency food by Trussell Trust food banks has risen exponentially from 26,000 in 2008-09 to 913,138 in 2013-14, as growing numbers of people can’t afford to provide the basics for their families, and are forced to choose between heating, eating or paying for housing costs.

The effects of this state of food insecurity are widespread and dramatic. Public health experts have warned that the rise of malnutrition in the UK “has all the signs of a public health emergency”, with a 74 per cent increase in the number of malnutrition-related hospital admissions since 2008-09.

Women, children and people with disabilities have been particularly adversely affected. Single mothers report having missed meals so that their children can eat. At times they cannot even ensure their children are adequately fed. And this is whilst experts warn that child poverty is expected to increase in the near future.

What are the causes of the problem?

In the Just Fair Consortium monitoring report, “Going Hungry? The Human Right to Food in the UK”, we have learnt that nutritious food is becoming too expensive for many people on low wages or benefits. The fall in the real value of wages has meant that the number of working poor who are hungry or unable to afford nutritious food has increased.

Evidence also shows that hunger has been fuelled by the inadequacy of social security provision and the processes by which it is delivered. People already on low incomes have been made even poorer by the under-occupancy penalty, the abolition of crisis loans and community care grants and the decision to cap increases in benefits to one per cent rather than indexing them to inflation. The squeeze on social security has been compounded by payment delays and sanctions which leave some people with no income at all – 31 per cent of those visiting Trussell Trust food banks do so because their benefits have been delayed, and 17 per cent because of changes to benefits.

Even though they are spending more, people have been forced to cut the amount they eat and eat more poor quality, unhealthy food. From 2007 to 2012, expenditure on food rose by 20 per cent, but the actual volume of food consumed declined by 7 per cent, as household incomes for poorer families have been put under greater stress whilst prices have increased.

What is required to address the problem?

We call on the Government to draw up a national right to food strategy and action plan, including an assessment of the state of enjoyment of this right. Any further deterioration in income levels which undermine people’s ability to access food, shelter and basic services must be avoided. We urge the Government to close the gap between income and food costs.

The Government must take urgent action to reduce benefit delays, review how benefit sanctions and welfare reforms are being implemented and reduce unnecessary hardship, hunger and distress. We call on the Government to mobilise all available resources, and make full use of its tax and spending powers, to deal with the national food emergency.

Right to Food and Water

Children of a Lesser God: Food Politics in India

India, Right to Education, Right to Food and Water, Socio-Economic Rights
The tragic loss of 23 children who ate contaminated food at a government-run primary school in the East-Indian ...